Grandfather asks for help after shooter targets home: 'You almost killed my grandchild' 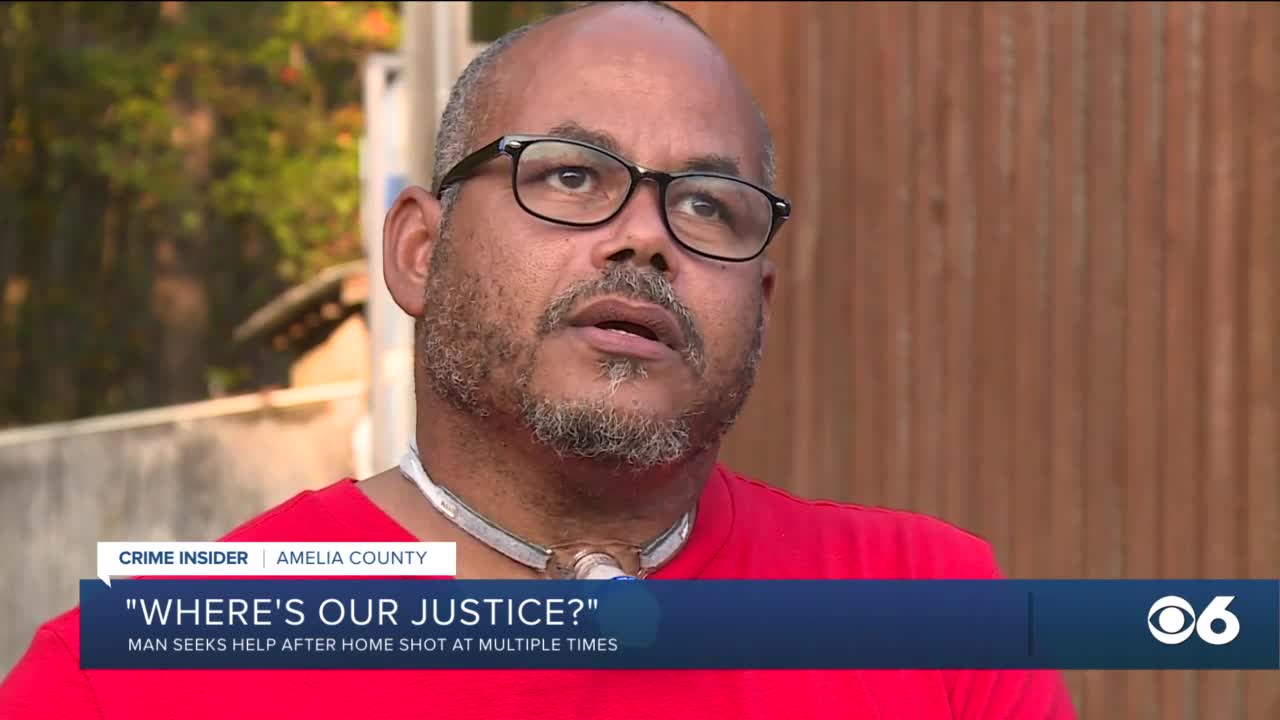 AMELIA, Va. -- An Amelia man is begging for help.

Kevin Delaney said his home at the corner of Drunkard and 360 has now been shot up four times since June.

Most recently, he said his newborn grandson was about two feet from death Wednesday night.

Delaney's surveillance system caught a drive-by shooter leaning out of a sedan as the car sped down Drunkard Lane in Jetersville.

Delaney said he's lost confidence in sheriff investigators and has requested that Virginia State Police take over the case.

"There's no help,” said Delaney. “They keep asking the same stupid questions and we keep telling them who's shooting at us but nothing is coming out."

On Wednesday, 11 shots, all .45 caliber, were fired and five went through the house. Delaney said two feet lower and a bullet would've hit his daughter and two-week-old grandson.

"Last night was the straw that broke the camel's back,” he said. “You almost killed my grandchild. Is someone going to have to die out here before someone says hey, how can I help?"

Family members who live with Delaney are finding other places to stay.

Delaney, a former 911 dispatcher, said he's even called the Virginia Attorney General's Office but has not yet heard back.

Fearing someone in his family will die, he's at his wits' end about what to do next.

"My son identified the shooter and no warrants, so, I need to ask a big government official: where's our justice? Who's going to come out to this little Mayberry town and stick it to the sheriff's office," Delaney said.

The Amelia Sheriff's Office has not yet returned calls to answer questions about Delaney's claims, but Virginia State Police have confirmed it is helping with the investigation.

Crime insider sources told Jon Burkett federal agents have been made aware of the now fourth shooting up of the house in four months.