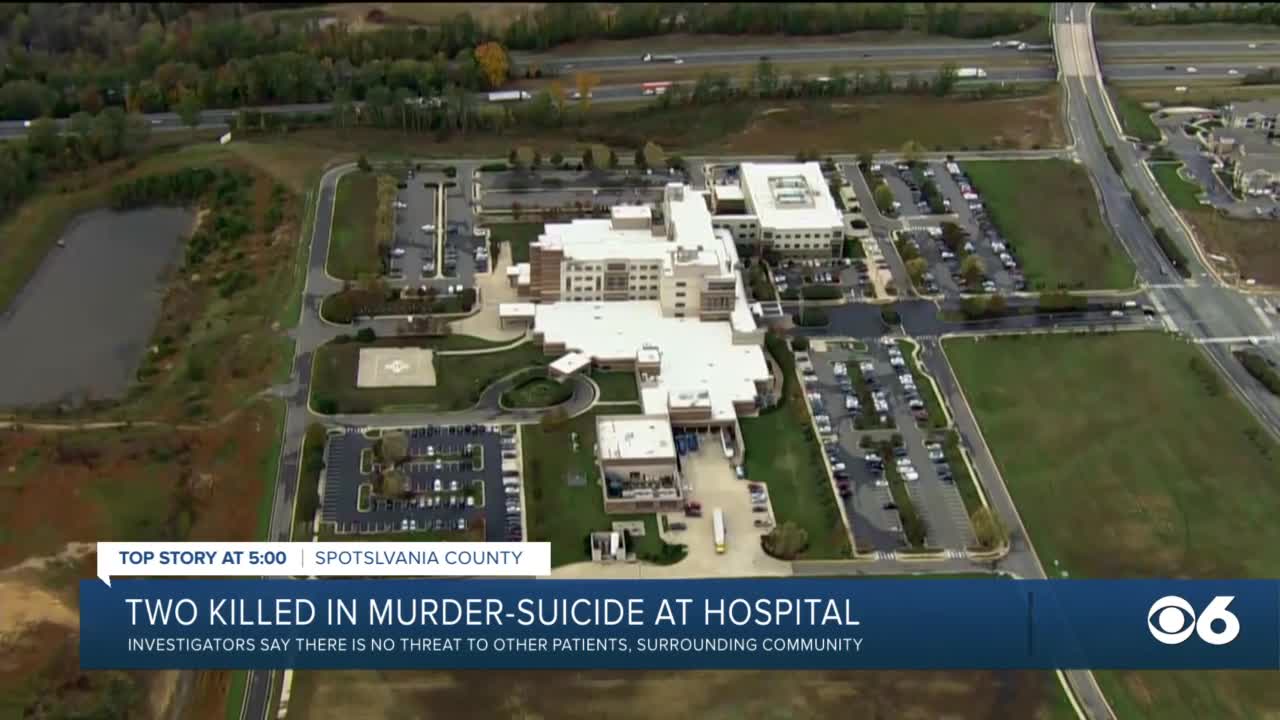 "Investigation revealed Pamela was a patient at Spotsylvania Regional Medical Center, her husband Alexander shot Pamela and then took his own life," Scott said. "This all occurred in Pamela’s hospital room."

Officials said the couple's next-to-kin have been notified.