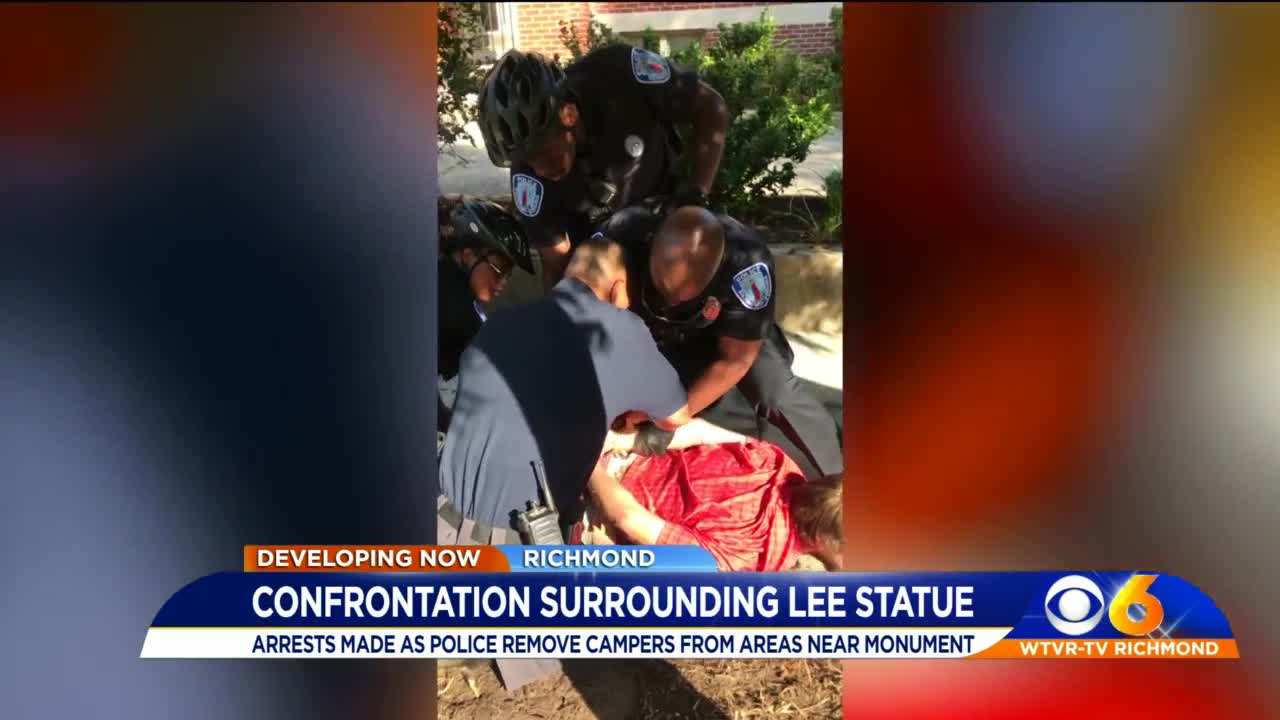 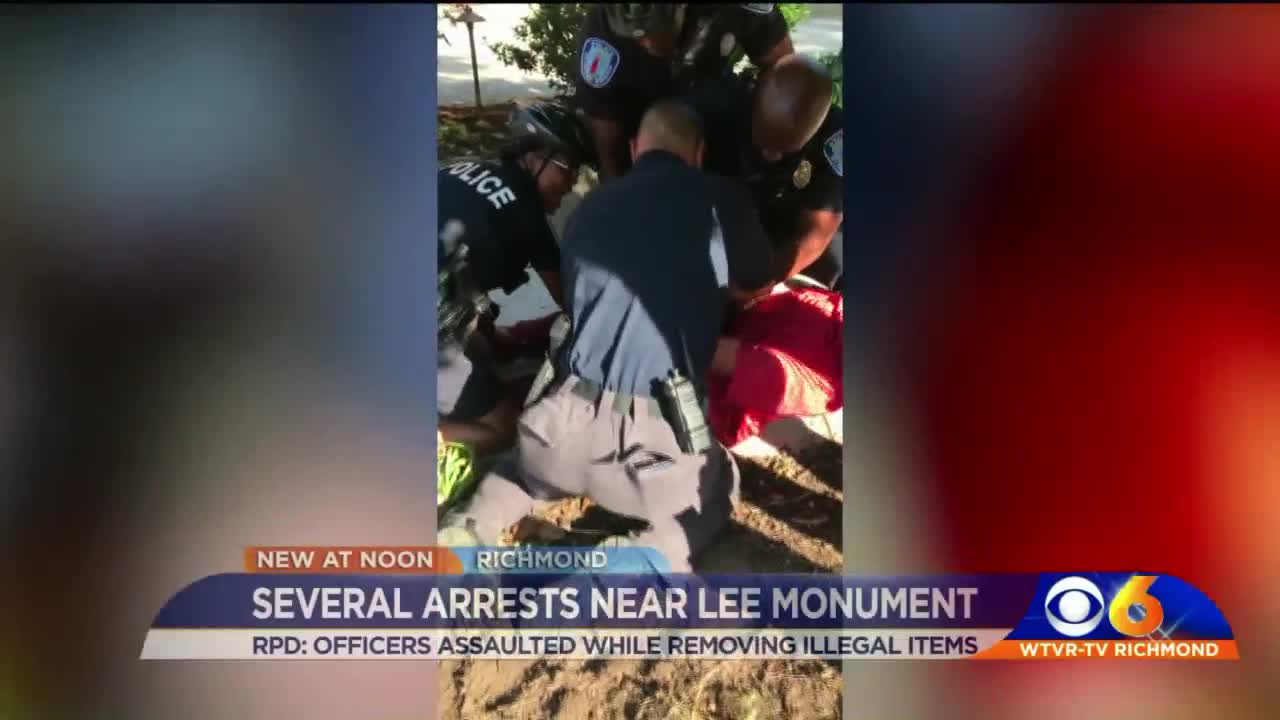 RICHMOND, Va. -- Several felony arrests were made, according to Richmond Police, during a confrontation between officers and protesters near the Robert E. Lee Monument along Monument Avenue Thursday morning in Richmond.

A witness captured footage of police putting a man into handcuffs as four Richmond Police officers huddled around.

Richmond Police said some officers were assaulted and those arrests made just after 8 a.m. when officers approached a group of people who had been camping near the Lee Monument for weeks.

Von Sante, who was among those at the former campsite, said a swarm of police came through with rifles, telling people to move their things.

"Then they started taking things and throwing it on the truck so people were like, 'Yo, hold on! You said we got 15 minutes,'" said Sante.

Things escalated further, according to another man at the site, when an officer pushed his wife.

However, a nearby resident who didn’t want his identity revealed, described a different experience living near the campsite -- even comparing it to "like living in a war zone."

He said he has called Richmond Police every day to respond.

A Richmond Police spokesperson said officers suffered minor injuries and "one individual present" was treated for a medical condition.

"Pepper spray was deployed and a conducted electrical device was used by officers in response to the assaults," Richmond Police spokesperson Gene Lepley wrote in a media release.

Richmond Police said a city-wide task force has, for weeks, been educating and engaging people around the Lee Monument in response to community concerns.

"For more than 60 days, the area in an around the circle has been occupied by demonstrators, some in violation of ordinances," Lepley wrote in a media release. "They have set up tents, taken electrical power, engaged in commerce without permits, displayed videos, and played loud music."

Justin Killough and Kadia Taylor were arrested Thursday morning, according to police. Both were charged with assault on a law enforcement officer.