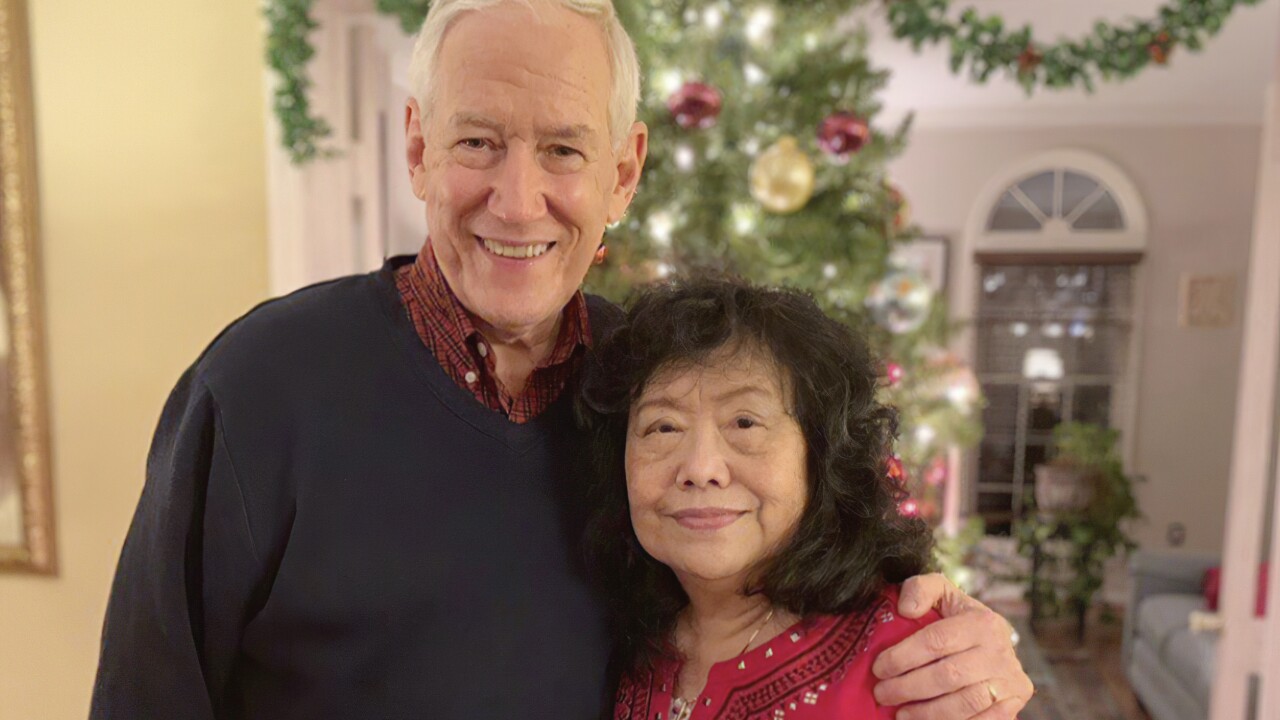 Victor Matthew Stemberger/AP
In this December, 2018 photo released by the Stemberger family, Victor and his wife Han Stemberger, are shown at their home in Centreville, Va. Victor Stemberger sits in a Spanish jail, one year after flying into the country with 2.4 kilograms (more than 5 pounds) of cocaine expertly sewn into bubble jackets in a bag. His family says he knew nothing about the drugs. Though Spanish authorities are dubious, the U.S. Justice Department has advised Spain that it believes Stemberger was duped into acting as a drug mule for a West Africa criminal network, and has asked the country for evidence it's gathered, according to correspondence obtained by The Associated Press. (Victor Matthew Stemberger via AP)

MADRID -- A 77-year-old American man facing drug smuggling charges in Spain has told a judge that he didn’t know cocaine had been hidden in the jackets he carried across the world on behalf of a man he thought represented the United Nations.

The U.S. believes that Vietnam-veteran Victor Stemberger was duped into acting as a drug mule for a West African criminal network, but prosecutors in Spain are seeking a 7.5-year prison sentence.

The Virginia resident took the stand at a Madrid provincial court after spending just over one year in preventive jail accused of carrying 2.4 kilograms (more than 5 pounds) of the drug expertly sewn into bubble jackets he carried from Sao Paulo, in Brazil, to Hong Kong.