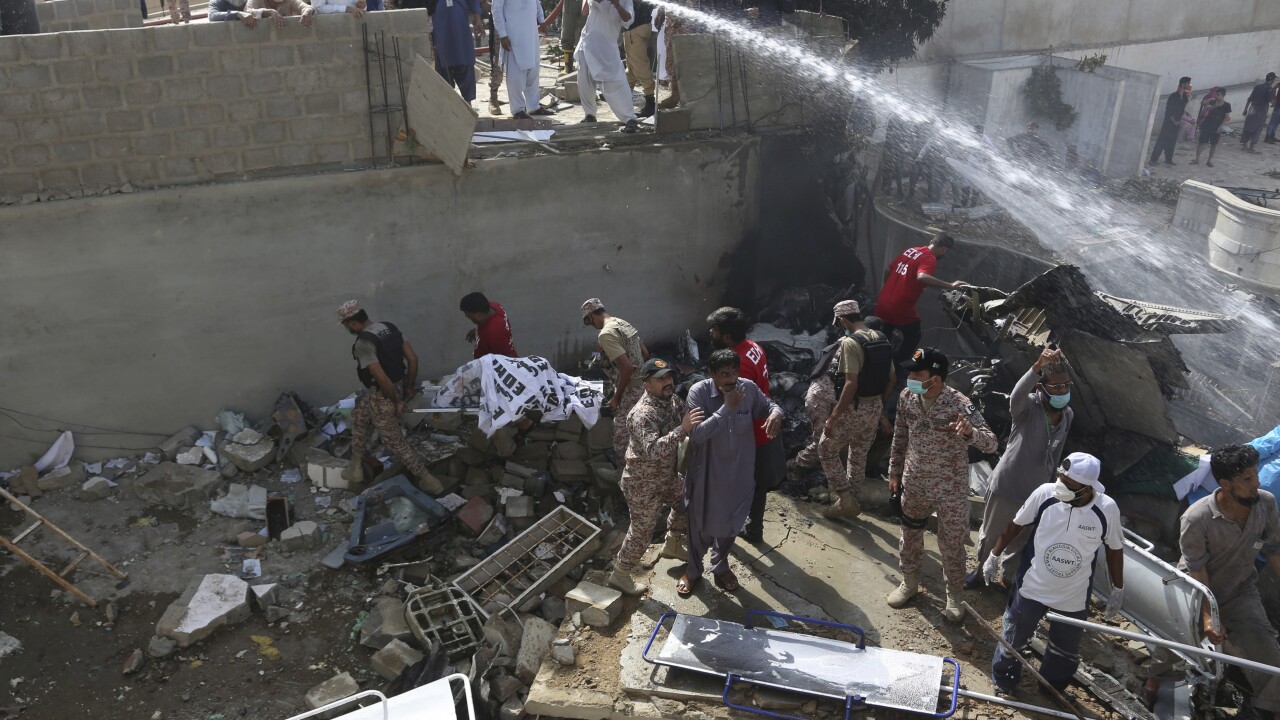 Fareed Khan/AP
CORRECTS NUMBER OF PASSENGERS TO NEARLY 100, INSTEAD OF MORE THAN 100 - Soldiers and volunteers collect dead bodies at the site of a crash in Karachi, Pakistan, Friday, May 22, 2020. An aviation official says a passenger plane belonging to state-run Pakistan International Airlines carrying nearly 100 passengers and crew crashed near Karachi's airport. (AP Photo/Fareed Khan)

KARACHI, Pakistan -- One of the two survivors of the Pakistan plane crash near Karachi said the flight proceeded normally until its descent, when there was a sudden jolt.

The pilot warned that the landing would be “troublesome."

Moments later, the plane slammed into a crowded neighborhood on the edge of the international airport.

Authorities say Friday's crash killed 97 people, all of them passengers and crew members, and injured eight people on the ground.

The plane was carrying people returning home for Eid al-Fitr, a major holiday marking the end of the holy month of Ramadan.