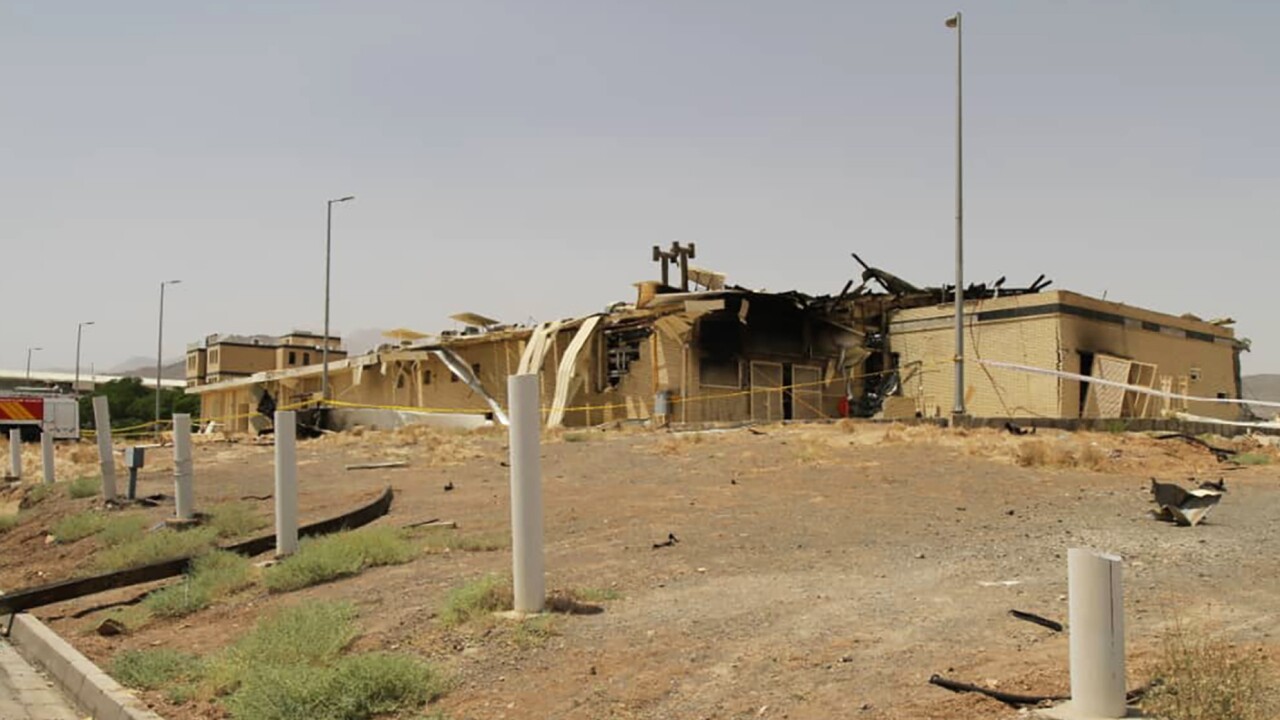 AP
This photo released Thursday, July 2, 2020, by the Atomic Energy Organization of Iran shows a building after it was damaged by a fire at the Natanz uranium enrichment facility, some 200 miles (322 kilometers) south of the capital Tehran, Iran. Iran on Sunday confirmed that a damaged building at the underground Natanz nuclear site was a new centrifuge assembly center, the official IRNA news agency reported. (Atomic Energy Organization of Iran via AP, File)

TEHRAN, Iran -- Iran has confirmed that a damaged building at the underground Natanz nuclear site was a new centrifuge assembly center.

The spokesman says work began on the centrifuge assembly center in 2013, and it was inaugurated in 2018.

Iran began experimenting with advanced centrifuge models in the wake of the U.S. unilaterally withdrawing from Tehran's nuclear deal with world powers two years ago.

Iran has long maintained its atomic program is for peaceful purposes.