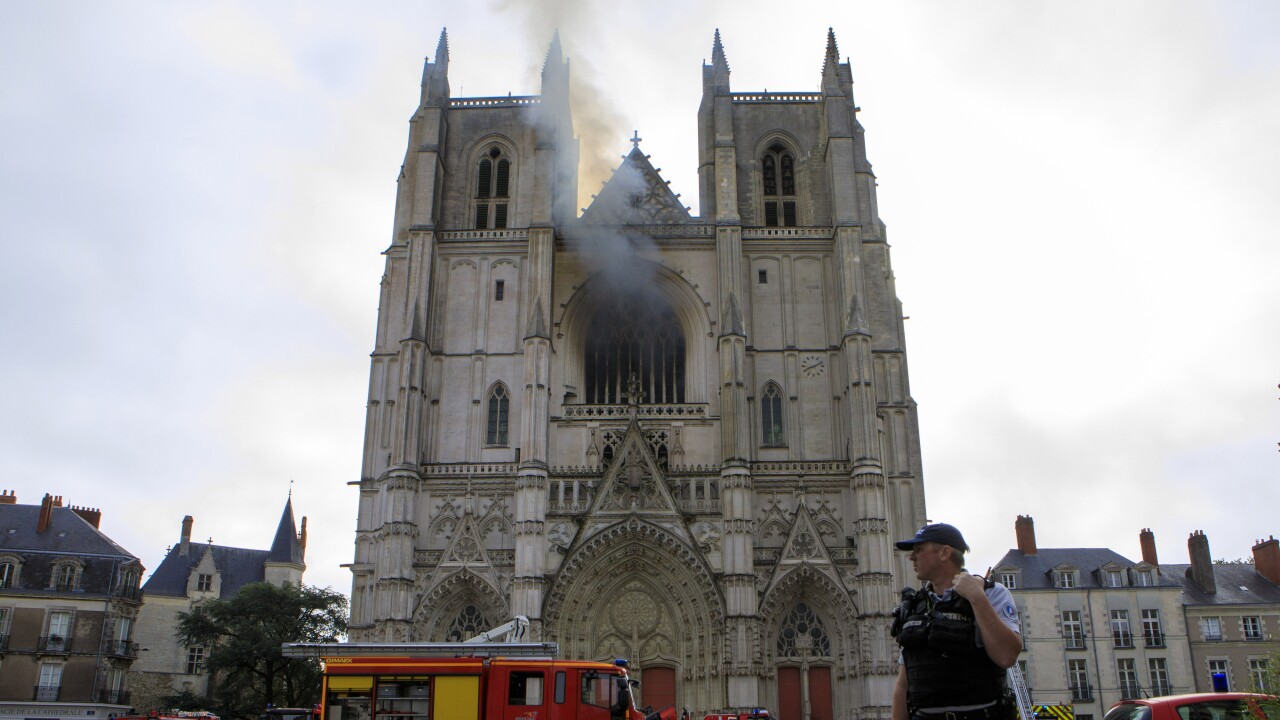 Laetitia Notarianni/AP
Fire fighters brigade work to extinguish the blaze at the Gothic St. Peter and St. Paul Cathedral, in Nantes, western France, Saturday, July 18, 2020. The fire broke, shattering stained glass windows and sending black smoke spewing from between its two towers of the 15th century, which also suffered a serious fire in 1972. The fire is bringing back memories of the devastating blaze in Notre Dame Cathedral in Paris last year that destroyed its roof and collapsed its spire and threatened to topple the medieval monument. (AP Photo/Laetitia Notarianni)

NANTES, France -- French officials have launched an arson inquiry after a fire broke out in a Gothic cathedral in the western French city of Nantes.

The cause of the blaze is unclear. No injuries have been reported.

The blaze destroyed the organ, shattered stained glass windows and sent black smoke spewing from between the cathedral towers.

The local firefighter service said the roof is not affected by the fire and was“under control.” Officials brushed aside comparisons with last April's blaze at the Notre Dame cathedral in Paris. whose lead roof and spire burned down.