Group of Dinwiddie parents pushing for return to the classroom

"Virtual learning is just not working for a majority of us." 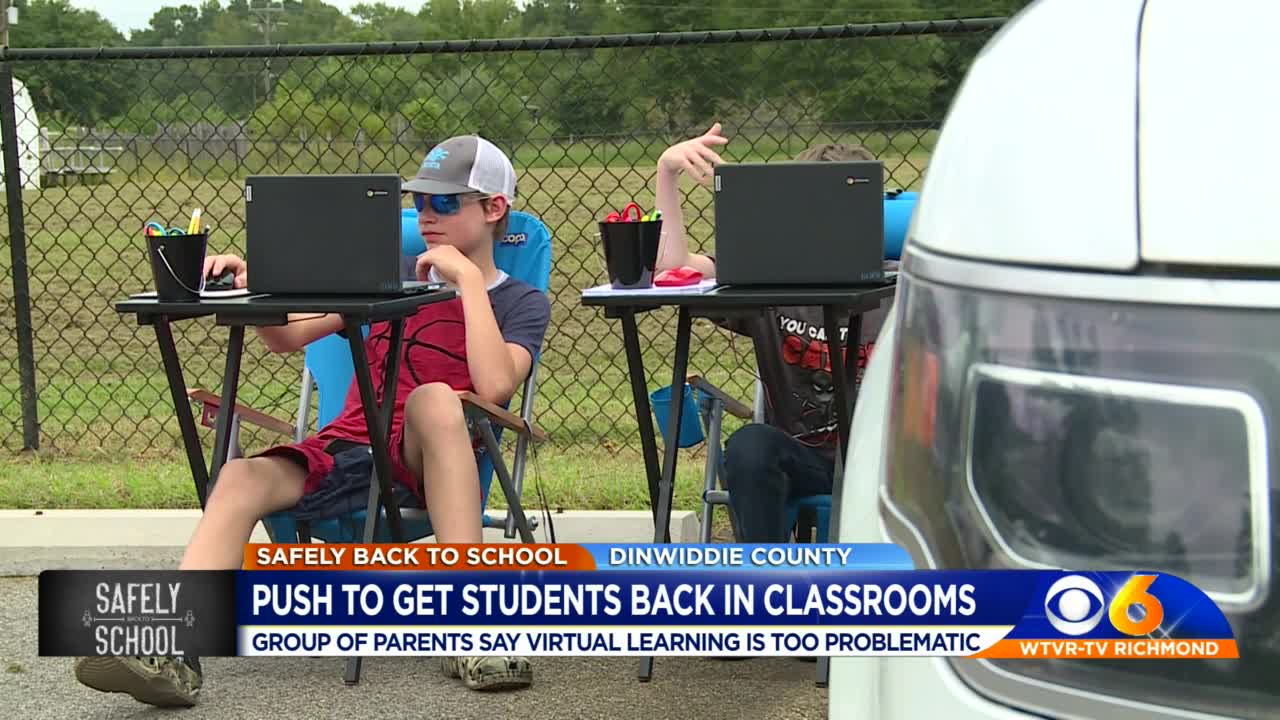 Some Dinwiddie County families are organizing a protest in an effort to get their kids back inside a physical school building for in-person learning. 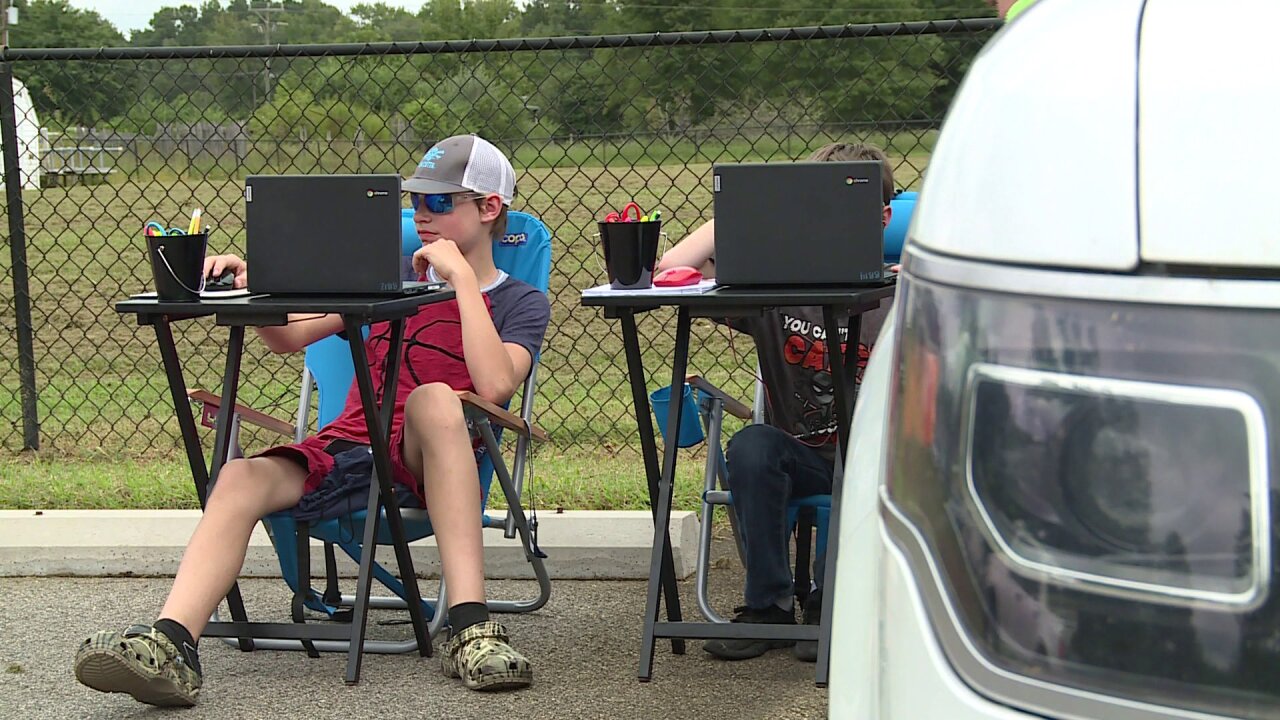 DINWIDDIE COUNTY, Va. -- Some Dinwiddie County families are organizing a protest in an effort to get their kids back inside a physical school building for in-person learning.

The mother of two middle school-aged children, loaded them up and her baby to headed to the Eastside Enhancement Center to connect to the internet.

"We have great internet," said Martin, referring to her home.

But when virtual learning started, Martin says her internet service appeared not to be compatible.

"What we have come to find, now that it's started, is it's not good enough to support two children," said Martin.

Martin says she isn't the only concerned parent who believes their children should be in a classroom not a parking lot trying to login.

"Our kids need to be either be put back in school or they need to figure something else out, because virtual learning is just not working for a majority of us," she explained.

Pittman says school administration is aware of the problems.

"Certainly, there's been hiccups from the technology end and from the dependability of the platform holding out," she explained.

But Pittman also says the new system is only in its first week.

"We just need parents and students, just to continue to be patient," Pittman added.

Beth Martin and her group, Dinwiddie Parents Take A Stand, plan to protest at the September 22 School Board meeting.

Barbara Pittman says a special meeting of the Board will be held before that School Board meeting.

"Our Goal is to look at the data for the youngest children and consult with Crater District Health," said Pittman.