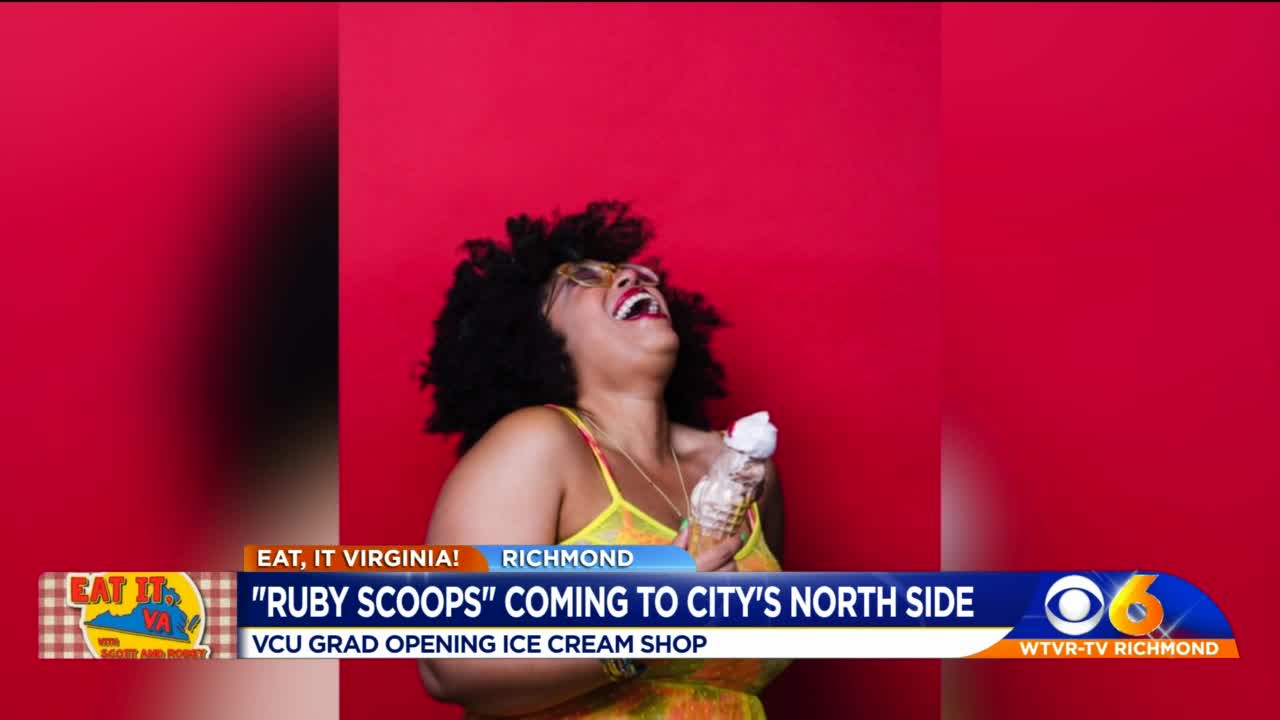 RICHMOND, Va. --- Rabia Kamara grew up outside of Washington, D.C. as a child of immigrants, in a community of immigrants. The diverse cooking styles Kamara was exposed to at an early age followed her into the kitchen.

Kamara pulled from those life experiences when creating flavors for her ice cream and dessert business Ruby Scoops.

How Hardywood landed in Richmond and COVID forced the brewery to be extra creative.

"Most of my friends were also first-generation Americans. So I grew up in a neighborhood where my next-door neighbors, one family was Ethiopian, one family was Vietnamese. So l would go to someone's house and eat Injera one night, or go to someone else's house and have Pho," she recalled. "We explore flavors that I think are important to us. My business partner grew up a military brat, so they got to experience life in different countries and also here... [we're] not afraid to try new flavors and be open to the criticism that comes with that."

Kamara said they also look to what's in season when setting the flavor menu.

"We use local dairy and local produce whenever we can," she said. "Since it's a beautiful summer produce season, we're gonna be doing some peach flavors, some peach and berry combinations as well as a corn ice cream [at their next pop up]."

Kamara, who first came to Richmond to attend VCU, said she hoped Ruby Scoops would also serve as an inspiration for others to follow their dreams.

"Growing up, I didn't see anyone that looked like me cooking. So I figured even if [our logo] was a cartoon, if I could make this logo of this little girl that looks like me, other little Black or brown girls would see that and be like, "oh, she looks like me. Her hair is curly like mine,' it will represent us in a way that we're not used to seeing," she said. "So I didn't mean to be a walking logo, but I'm happy to be if it's going to encourage other people to kind of try to follow their own back the path and dance to the beat of their own drum."

After a false start opening a brick and mortar location earlier this year, Kamara is raising money to open Ruby Scoops in Northside Richmond. She's launched a successful Kickstarter that offers rewards to those who donate.

For now, you have to catch Kamara and Ruby Scoops at pop-ups around town: