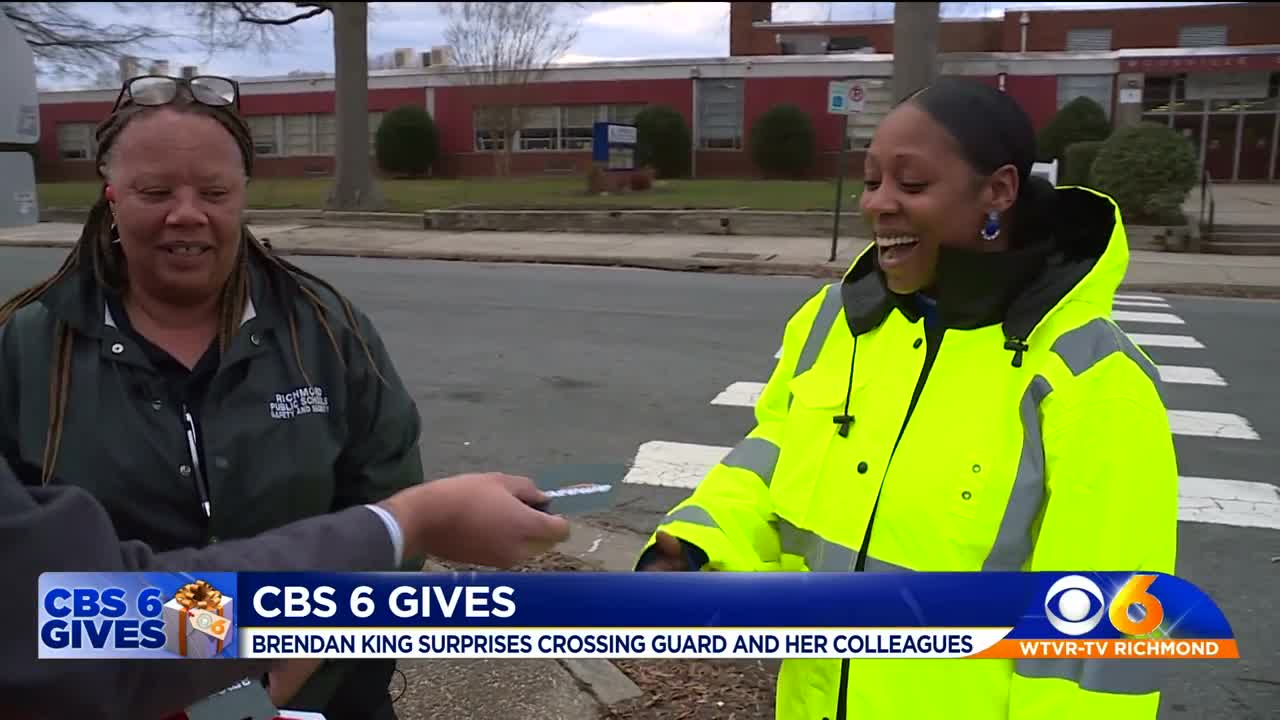 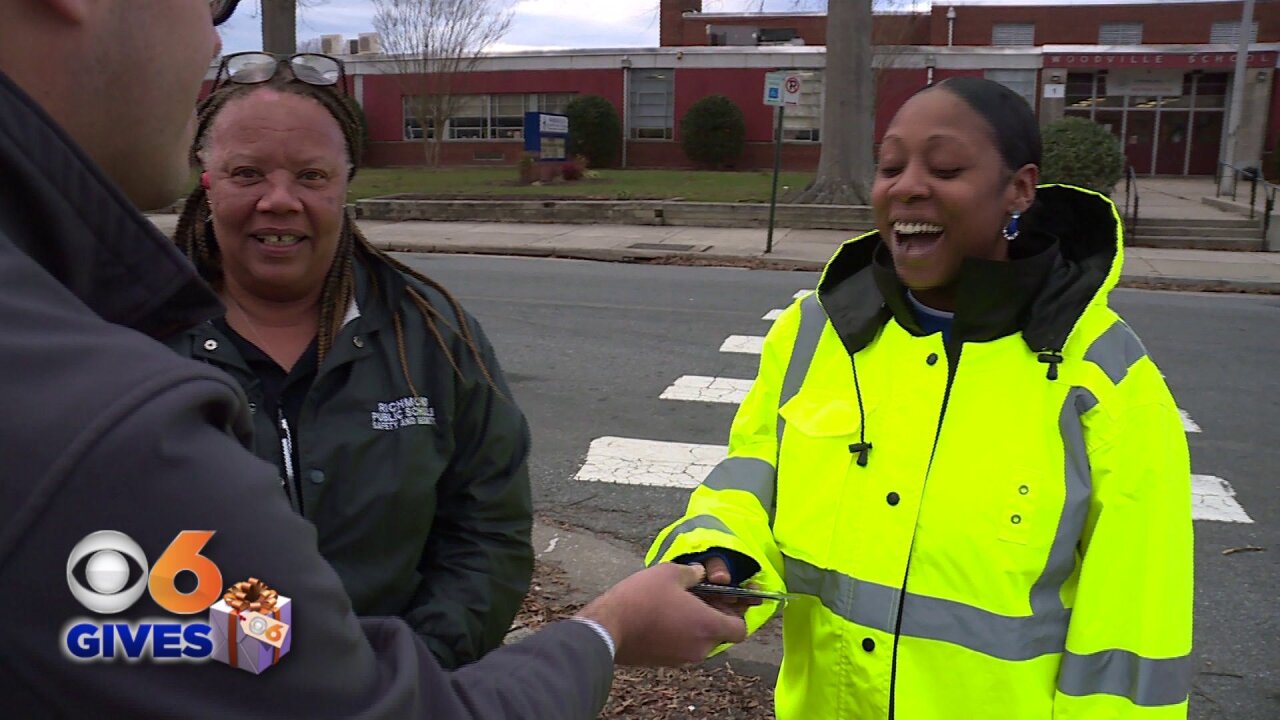 On a cold morning outside Richmond’s Woodville Elementary School, you’ll find a warm smile on the face of crossing guard Gloria Davis.

She’ll tell you the cold isn’t that bad.

"I actually like it because you get to spend time with the kids before they come in," she told CBS 6’s Rob Cardwell. "You get to meet their parents."

However, Davis and her two colleagues were expecting to be interviewed for a follow-up report on student safety.

“I may have told you ladies a fib,” CBS 6’s Brendan King said. “We aren’t doing a story about safety.”

“The students that cross the street here on 28th and Purcell -- you bring smiles to their faces and you greet them in the mornings. I even saw that strangers who you’ve never met honk and wave,” he explained. “We just want to thank you for everything you do. It’s cold outside, but you still have a smile on your face.”

Brendan then handed the guards gift cards and flowers – receiving smiles and hugs in return.

“We are out here rain, snow, sleet or wind,” Gloria laughed.