US evacuees ‘relieved’ about quarantine on military base 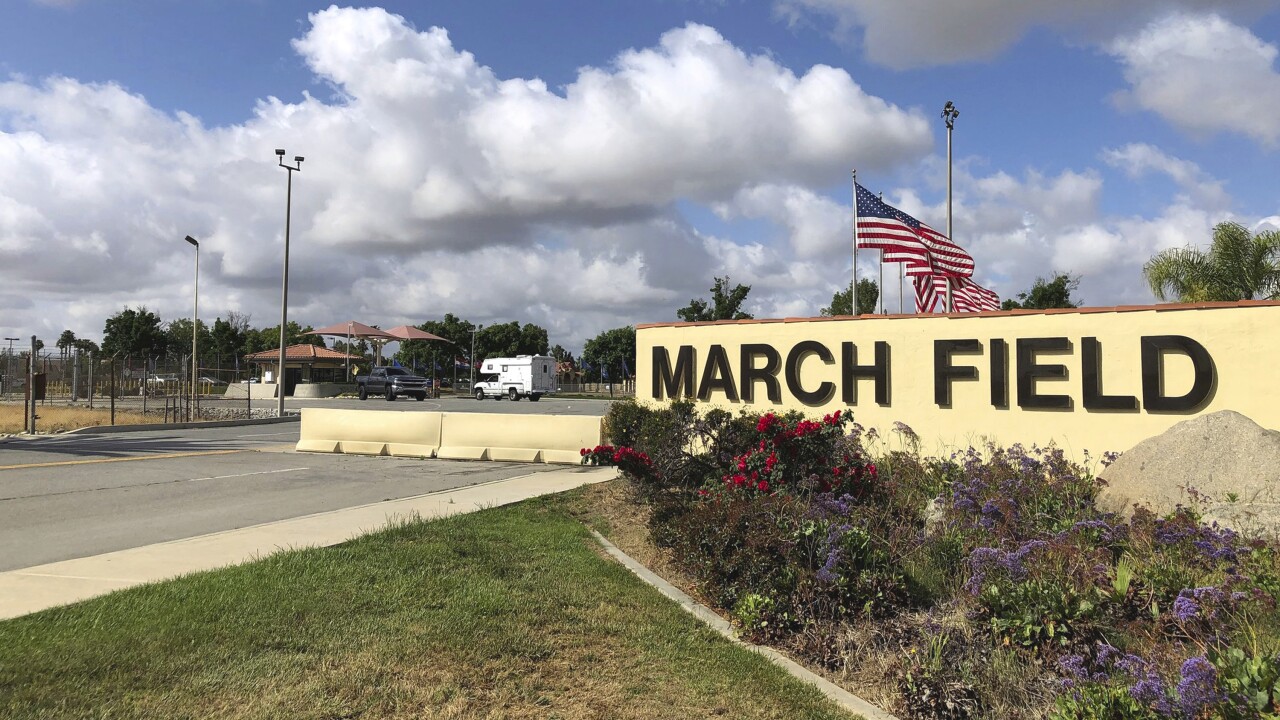 FILE – This Friday, March 17, 2019 file photo shows the main entrance to March Air Reserve Base in Riverside, Calif. Nearly 200 Americans evacuated from China because of the new virus are “very relieved’ to be quarantined at March Air Reserve Base, a military base in Southern California for two weeks, one of them said Friday, Jan. 31, 2020. (AP Photo/Amy Taxin, File)

RIVERSIDE, Calif. — One of the nearly 200 Americans evacuated from China because of the coronavirus virus says the group was relieved to be quarantined at a military base in Southern California.

Theme park designer Matthew McCoy says the group wants to stay for two weeks to be tested for the virus that has sickened thousands in China.

The evacuees were initially asked to stay for three days but were placed under quarantine on Friday.

It’s the first time in 50 years that the government has taken such a step.

The 195 evacuees returned this week from Wuhan, the Chinese city at the center of the outbreak.