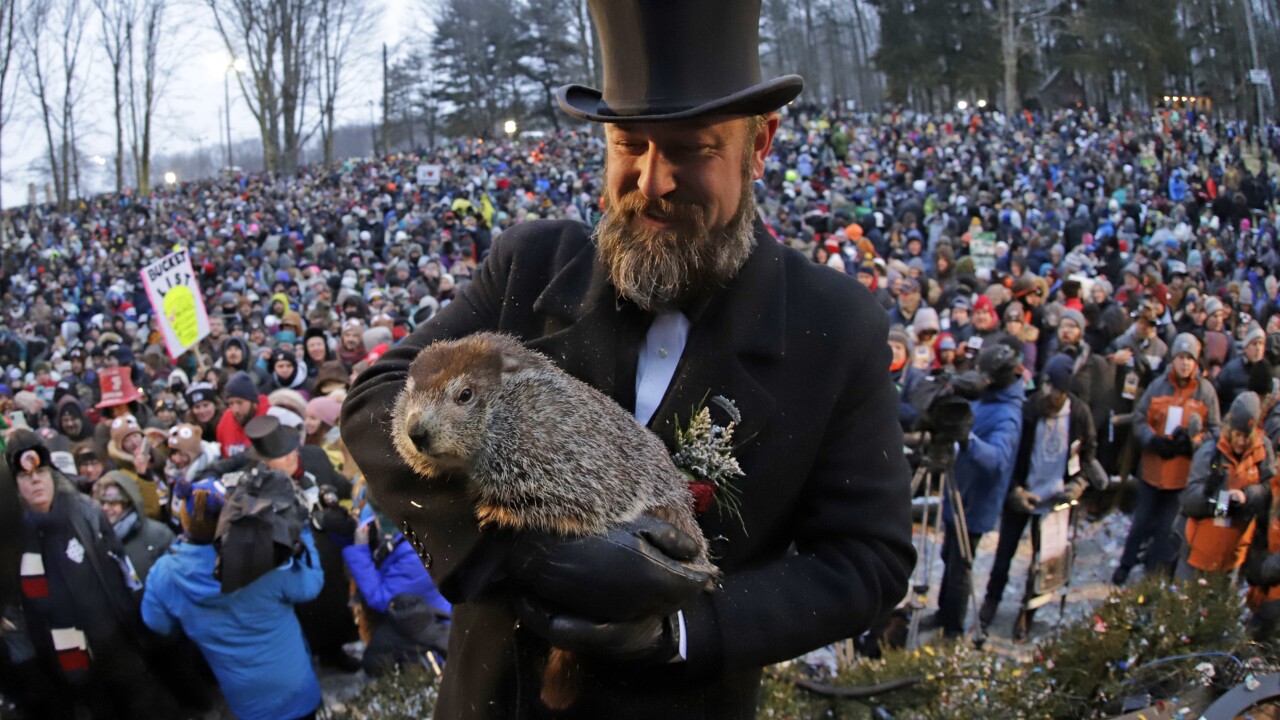 FILE – In this Saturday, Feb. 2, 2019 file photo, Groundhog Club co-handler A.J. Dereume holds Punxsutawney Phil, the weather prognosticating groundhog, during the 133rd celebration of Groundhog Day on Gobbler’s Knob in Punxsutawney, Pa. Pennsylvania’s most famous groundhog is slated to reveal whether an early spring is on the way or if winter will be staying around. At sunrise on Sunday, Feb 2, 2020 members of Punxsutawney Phil’s top hat-wearing inner circle are scheduled to reveal the furry forecaster’s prediction. (AP Photo/Gene J. Puskar)

Despite lacking formal meteorology training, Punxsutawney Phil delivers one of the most anticipated weather forecasts of the year.

On Sunday, Phil weighed in on whether there will be six more weeks of winter, or if spring will get an early start.

By failing to see his shadow on Sunday, Phil predicted that winter will come to an end soon, and spring will get underway soon.

The tradition dates back 134 years. According to data, He has seen his shadow 104 times compared to not seeing his shadow 20 times. There is no record from 10 Groundhog Days.

Despite the pomp and circumstance around Phil when he wriggles out of his burrow, Phil’s accuracy is dubious.

In the 21st century, Phil has been less than 50 percent accurate with his forecasts.