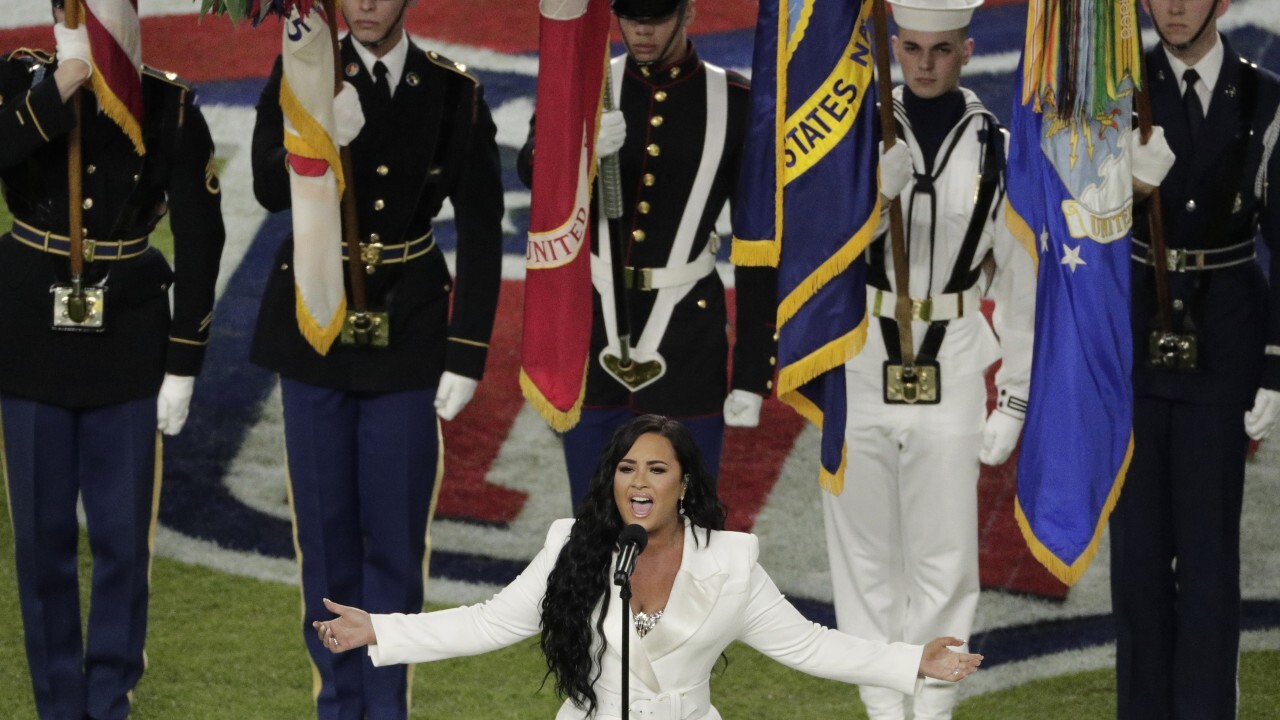 MIAMI — Pop star Demi Lovato was the star of the Super Bowl pregame with her rousing rendition of the Star Spangled Banner moments before the start of the game.

Lovato was back in the limelight last week at the Grammy Awards 18 months after being hospitalized with a drug overdose. Based on her performance on Sunday, she hasn’t lost a step after taking some time off.