Powhatan artist uses canvas to honor Kobe Bryant: ‘Look at it and smile’

POWHATAN COUNTY, Va. -- While some people cry and pray, and others leave flowers or light candles, Tre Taliaferro turns to his easel during times of sorrow.

“I got a certain vibe from the picture and I said, ‘That is the one. That has to be the one,’” Taliaferro said about a photograph of basketball legend Kobe Bryant and his 13-year-old daughter, Gianna. The pair, along with seven others, were killed in a helicopter crash last Sunday in California.

The 24-year-old artist from Powhatan, who  paints celebrities and singers, never thought he would be working on this painting.

“He is one of the greatest players of all time. I know there was some hurt in my heart,” Taliaferro said. “I believe he is in a better place.”

Taliaferro is pouring his heart and soul into his latest piece: a four-by-six-foot canvas capturing Bryant’s relationship with his Gianna.

“We lost a good one," Taliaferro lamented. "A really great guy, a great father. Like I said, he meant a lot to the world." 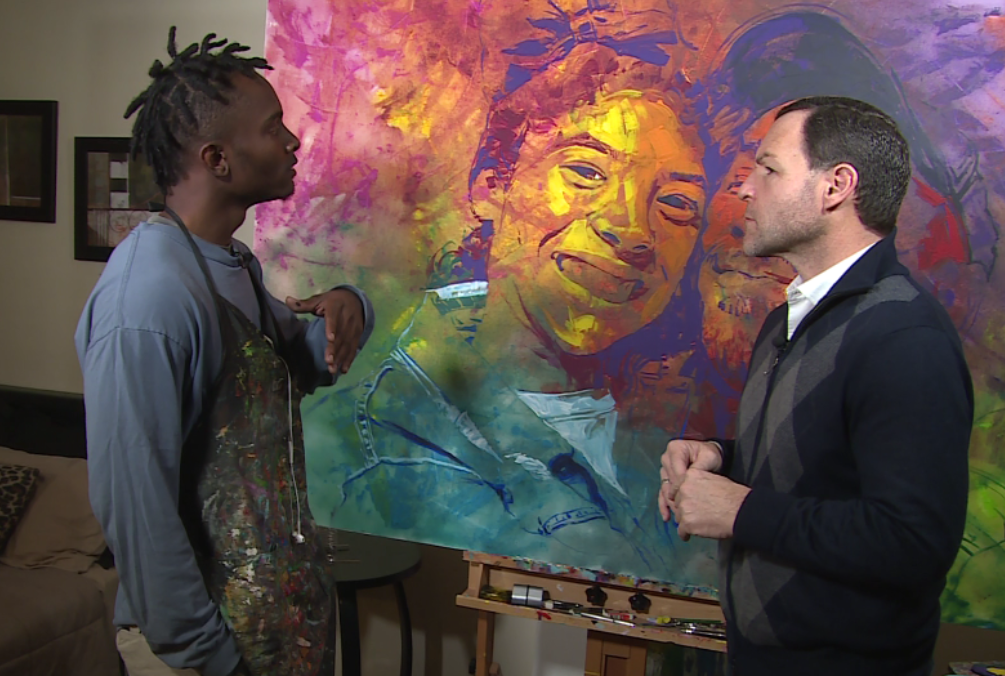 Taliaferro thinks the bold colors of his painting help temper the sadness.

“That is the way I am painting it. I am hoping the vibrant colors kind of tell people that it's alright. It’s going to be alright. I want people to look at it and smile,’” Taliaferro explained.

Taliaferro, who painted Bryant last year, has always admired the player’s work ethic on and off the court.

“I just wanted to do it to the best of my ability, because he never attempted anything less than that,’” Taliaferro said. “If you’re not going to try your hardest, then you might as well not try at tall.”

Taliaferro’s artwork sells for hundreds and even thousands of dollars, but he will profit in another way with this piece. This artist wants to donate the massive painting to Bryant’s family or Kobe’s MambaOnThree Foundation.

“This is not necessarily for me, this is for everyone else,” Taliaferro said. “Me paying my respects back with sweat and actual effort, you know, because once I’m done with it, I can finally take a breather and be like, ‘I did something.’”