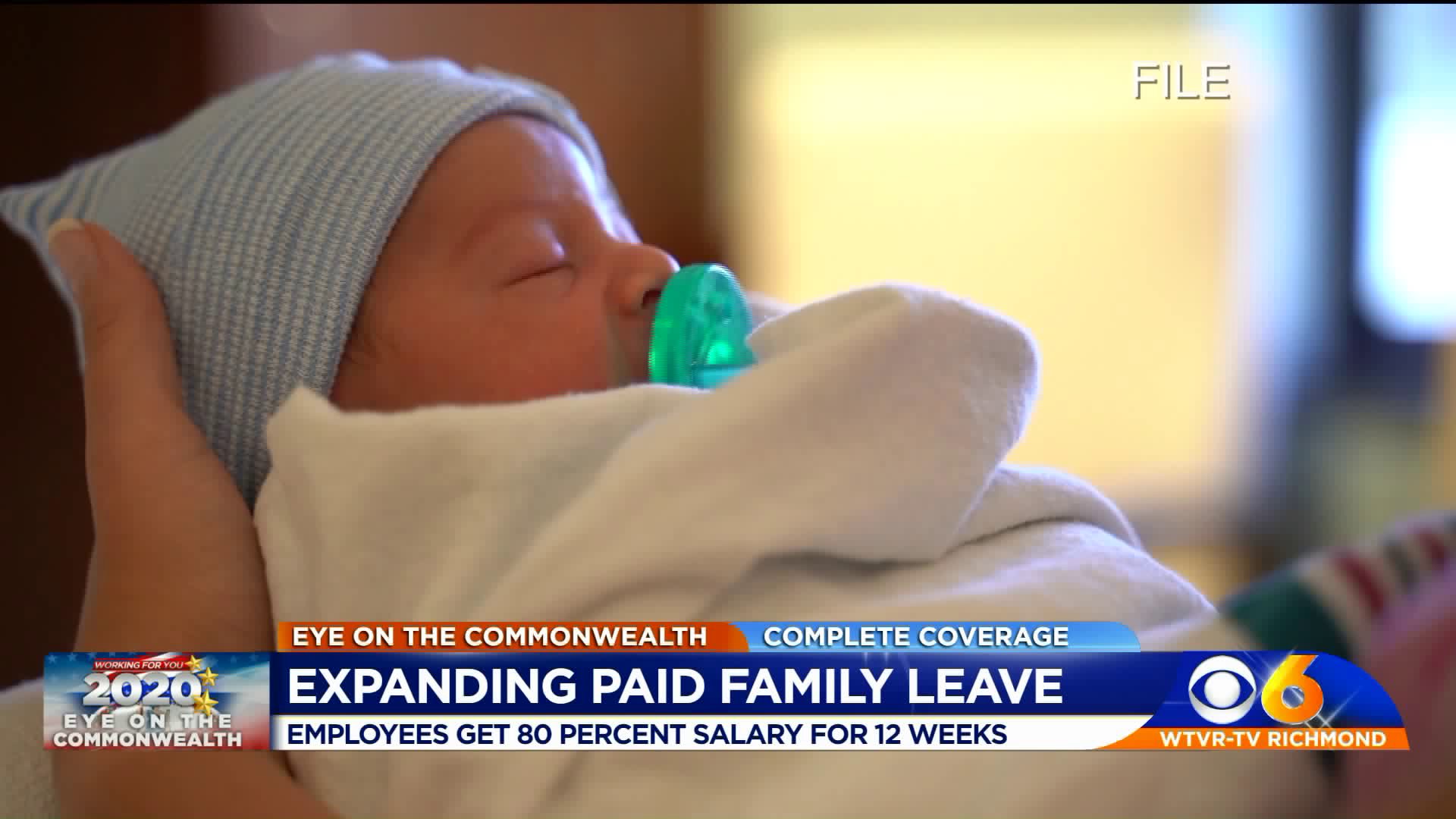 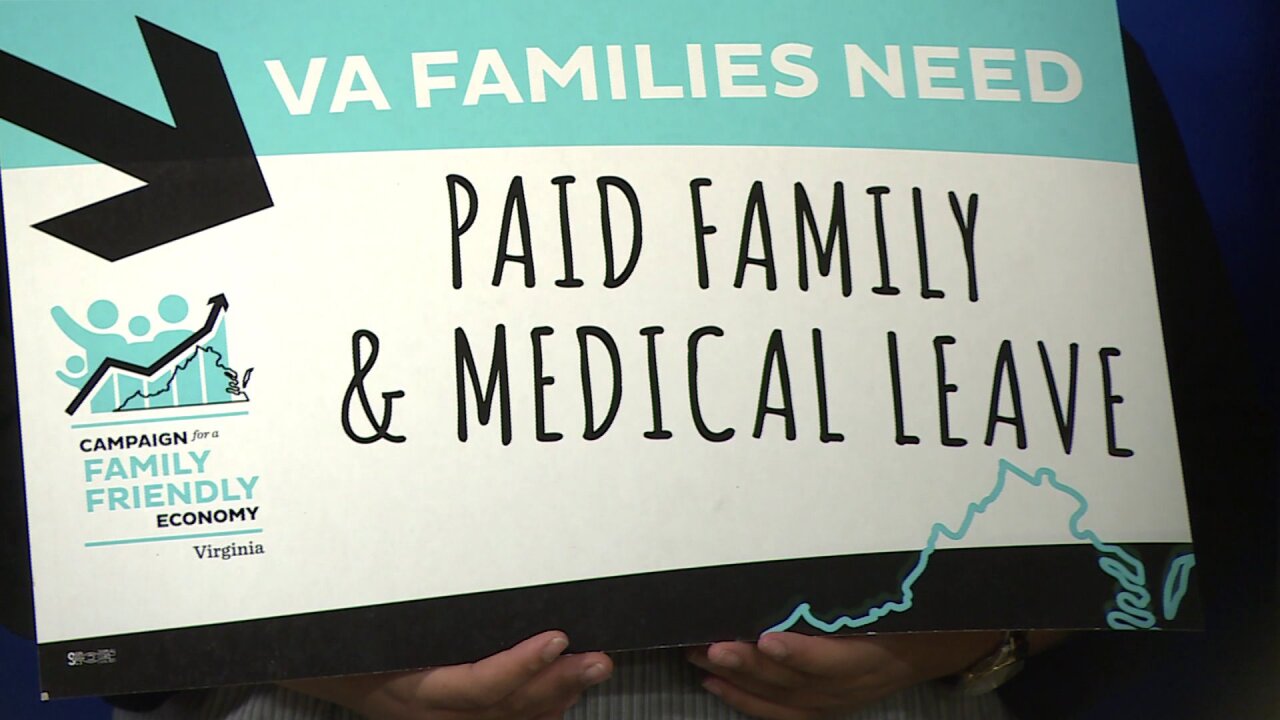 RICHMOND, Va. -- An effort to establish a paid family and medical leave program in Virginia took a step forward Tuesday afternoon when a House subcommittee recommended the bill move forward.

HB 825 and SB 770 would form a state program to allow workers up to 12 weeks of paid leave upon the birth or adoption of a child or to take care of a sick family member.

“We have to ensure that all Virginians have access to paid family and medical leave so that they can take time away from work when welcoming a new child, recovering from a serious illness or taking care of a loved one,” said former First Lady of Virginia Dorothy McAuliffe, who is advocating for the program.

“I don't know many people who can go 12 weeks without pay,” said Del. Jennifer Carrol Foy, who sponsored the House version of the bill.

Under the bills, the Virginia Employment Commission would operate the paid leave program.

Qualifying applications would receive up to 80% of their weekly pay for up to 12 weeks. There is a cap on the amount of money a single individual would receive. Self-employed individuals would have the option to participate in the program.

A similar effort by the same groups last year went nowhere after the state estimated it would cost more than $2 billion per year.

Critics of paid family programs argue they are expensive to operate and can put a financial burden on small and medium-sized businesses.

Sen. Jennifer Boysko (D-Loudon) said the 2020 version of the program in Virginia would be funded through premiums paid by employers and employees each pay period.

“In other states that have implemented this program, that cost has been about five dollars per pay period, per employee and employer. Basically, the cost of a nice Starbucks cup of coffee,” Boysko said.

The House Commerce and Labor subcommittee that advanced Del. Carrol Foy’s bill did so along a party-line vote, 5-3, in the committee controlled by Democrats.

Baker Goose, a mother of two living near Carytown in Richmond, said she was fortunate to stay home with her children in the months after their birth. Goose is a member of a local mother’s group and said she hears many a story from other women who did not get those moments, having to return to work instead.

“I couldn't even leave my kids alone with people for a long time, so leaving them and going back to work is a whole different thing,” Goose said.

Goose said she worries state premiums could end up putting people of low income in a difficult situation, but since other states and countries have paid family leave programs, she hopes Virginia can figure it out.

“That's a hard one because some people do live paycheck to paycheck,” Goose said. "I think that would help the bond and experience in the beginning and help stress levels too."

Eight states and Washington D.C. have some kind of paid family leave program, according to the National Partnership for Women and Families.