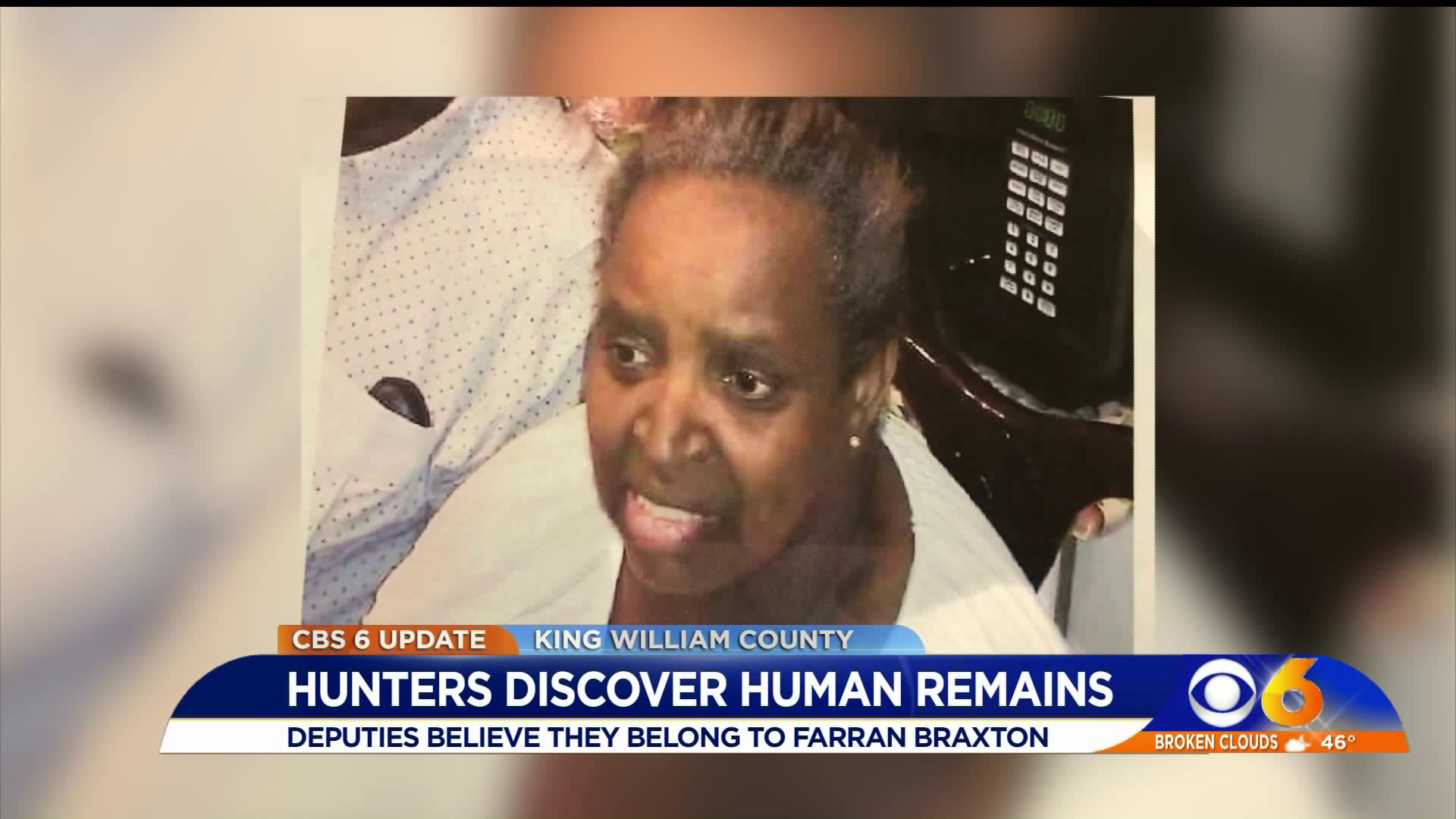 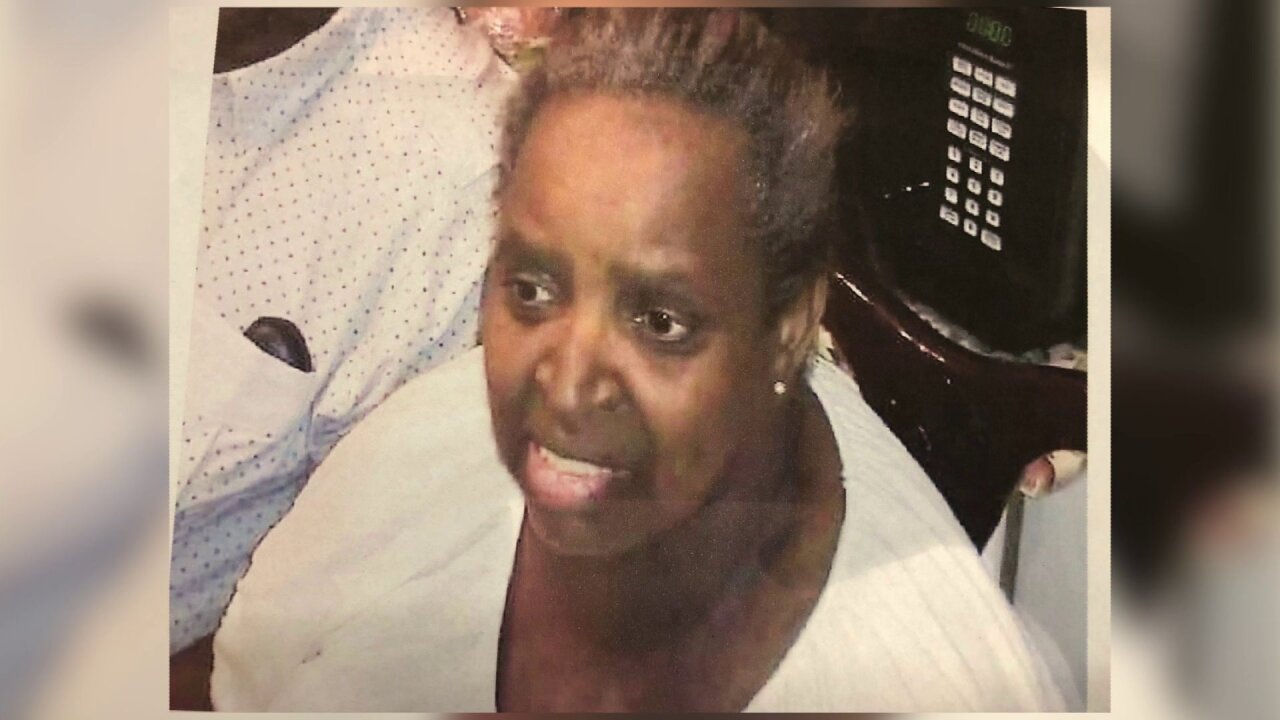 KING WILLIAM COUNTY, Va. -- Authorities believe they have recovered the remains of a 55-year-old woman who vanished in late September in rural King William County.

Hunters made the discovery in a heavily wooded area on ElSassar Road Saturday morning, according to King William County Sheriff J.S. Walton.

"Investigators believe the remains could be that of Farran Braxton who was reported missing in late September," Walton said.

Officials said the remains were found about two miles away from Braxton's home.

The remains have been sent to the Medical Examiners Office in Richmond for positive identification.

Family members previously said she had intellectual disabilities and was diabetic and in need of medication.

The King William Sheriff’s Office, along with Virginia Department Emergency Management, Virginia State Police and search teams from across the Commonwealth, combed over a heavily wooded area in the lower part of King William County for seven days with no results. That search included ground teams on foot, K-9 teams, equine teams and aircraft.

Family members said Braxton was going about her normal routine Friday morning sitting outside and taking in the fresh air when she disappeared.