Trump says he’d ‘love’ to attend his own impeachment trial 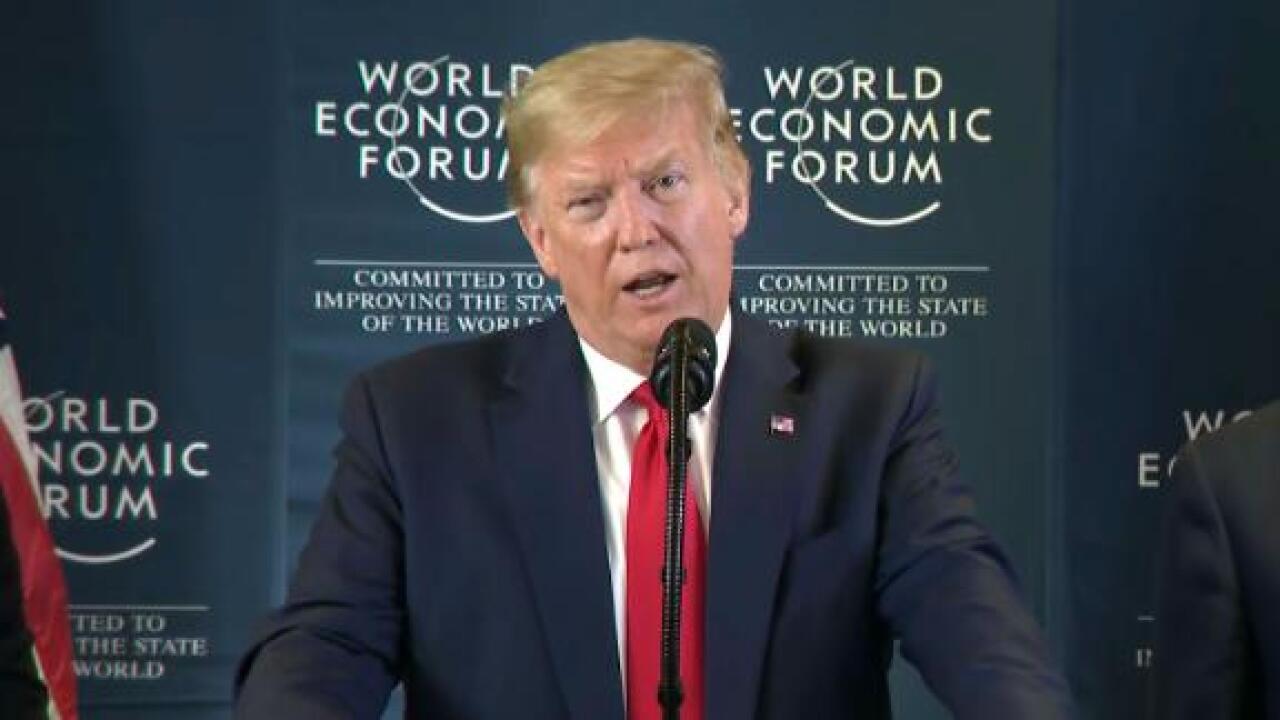 During a press conference at the World Economic Forum in Davos, Switzerland, President Donald Trump said he would “love” to testify at his own impeachment trial.

When asked why he wouldn’t go, he joked with a reporter, “don’t keep talking, you may convince me to do it.”

Trump also said that his legal team “might have a problem” if he showed up at the trial.

“I’d love to go… and stare in their corrupt faces”

President Trump calls US Democrats “major sleazebags” after saying he "would love to go" along to his impeachment trial and "sit in the front row" at the World Economic Forum in Davoshttps://t.co/BJeQHUro8b pic.twitter.com/TVnn7hvEsm

During Wednesday’s interview, Trump said he would leave the matter of witnesses to the Senate, but would “love” to see members of his administration testify at his impeachment trial, including former national security advisor John Bolton, secretary of State Mike Pompeo, former energy secretary Rick Perry and chief of staff Mick Mulvaney. However, he added that it would post national security concerns should those men testify.