Small business owner gets $48,000 water bill: ‘Somebody dropped the ball’ 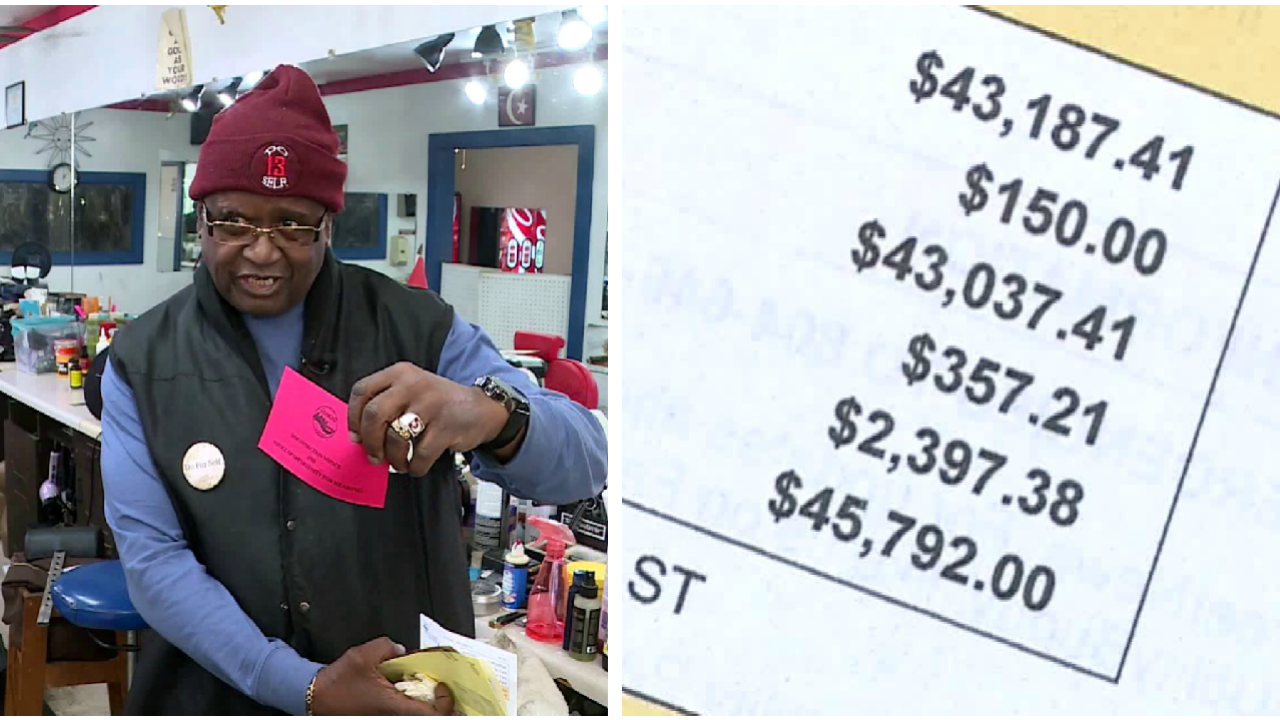 These days, he says his family business is facing a huge financial challenge.

The 73 year old disabled Vietnam veteran said it all started a few years ago when his barber shop’s water bill jumped from the normal $150 to more than $1000.

He said that a city DPU crew showed up to disconnect his water, but that he paid the $1000, even though he knew something was "terribly wrong."

While trying to work it out on his own, he said he followed the advice given to him by a city rep.

“She said for me to just pay them the $150 per month. They kept sending the cutoff notices. I’ve been in the city long enough to know what a cutoff notice is. I got thirteen,” Dawan said.

Meanwhile, he said he paid different plumbers to check for a leak on his side of the meter.

“They couldn’t find any leakage. They went into the street one time and the plumber was there and said that’s not on this side. It was a whole lot of water out there” Dawan said pointing outside to the street in front of his shop.

Convinced that old city pipes may be the problem, Dawan is asking the city to take a deeper, closer look and answer his biggest question.

“Why would you let it get that high? Somebody dropped the ball on this one," he said.

He said the inconvenience of not having water in his business is upsetting, but he’s trying his best to keep a positive outlook.

"I know stress can kill you. I'm not trying to kill myself over this,” he said.

He said that he does fear that all he’s worked hard for- to be able to leave a legacy for his children - will go down the drain if the issue isn’t resolved.

“I’m at the point now that I’m 73 years old, and yes, I get a little something from the military and social security but still, who wants this? When they carry you to the cemetery, your business is right behind you, going into the grave,” Dawan said.

The CBS 6 Problem Solvers reached out to a DPU spokesperson about Dawan’s case. Officials there declined to speak specifically about Mr. Dawan’s bill, citing privacy reasons.

In a statement, a spokesperson explained that when a customer calls about a high water bill, DPU will note the account and send out a technician to check the line on the city’s side of the meter checking for a leak. The technician also checks the electronic equipment to make sure it’s working properly.

The statement goes on to say:

“If we find a leak is found on the city’s side of the meter, DPU will place a hold on the account so that service will not be cut off. DPU will go back and research the time when the usage went up and a credit will be granted on the excess usage at the rate of 100 percent for water and 100 percent for wastewater."

If there is an equipment malfunction, DPU will switch out the malfunctioning equipment with new equipment. If it is determined that the equipment is the cause of the increased charges, then the same process as above applies.

Also if there is an unusually high spike in a customer bill (Example: a customer who is used to using CCf amounts in single or double digits that spikes to three digit usage), DPU will send a letter to the consumer indicating this spike in usage and ask the customer to contact us”.

The city now plans to take another look at Mr. Dawan’s case.