RICHMOND, Va. – A Richmond couple’s surprise proposal during a baby shower has gone viral, capturing hearts across the country.

KaNeysha Greene and Kiron Peet are 8 months pregnant with a baby girl named Korrine who is due March 7. The couple was having what KaNeysha thought was a baby shower at Main Stage Bistro in downtown Richmond on January 18.

However, her boyfriend had other plans: a surprise proposal in front of her family and friends.

The viral video shared on Instagram shows an emotional KaNeysha thanking everyone who attended the baby shower.

When Kiron took the mic, he began addressing his girlfriend, whose back is facing him.

“One thing about KaNeysha, we’ve been through thick and thin. Y’all just don’t know, but we got through it,” said Kiron.

When KaNeysha turned around, an emotional Kiron was down on one knee with an engagement ring.

“I couldn’t do anything but fall to my knees because I’ve been praying for this moment,” she told CBS 6. 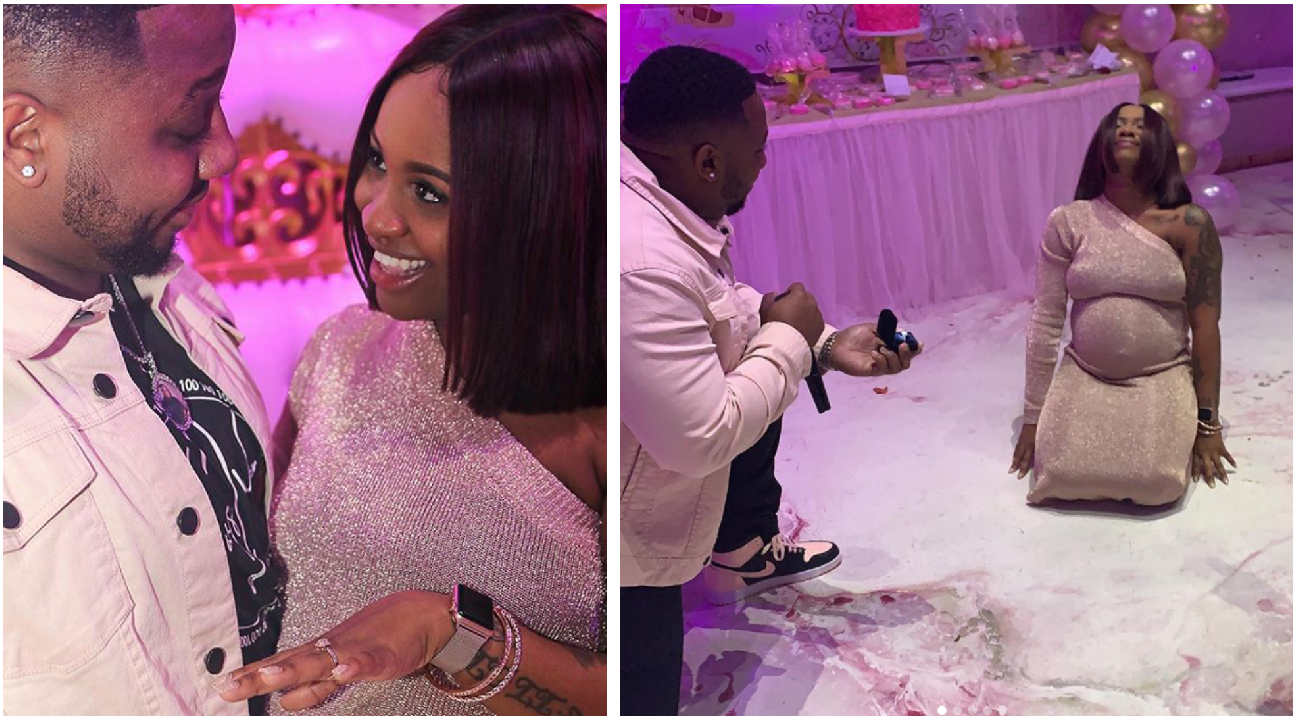 Fighting back tears, Kiron delivered an emotional proposal with friends and family cheering on.

“Now that my daughter is coming into this life. I always told myself that… I didn’t have my dad and I want to raise my daughter with a mom and dad in the same house,” said Kiron tearfully. “My dad died when I was 10 and I’d do anything right now for him to be here right now in this moment. At the end of the day, I just want to ask… Ka'Neysha Greene, will you marry me?”

She said yes before they passionately embraced.

The emotional surprise proposal has been shared by several wedding and love Instagram pages and has been viewed more than half a million times.