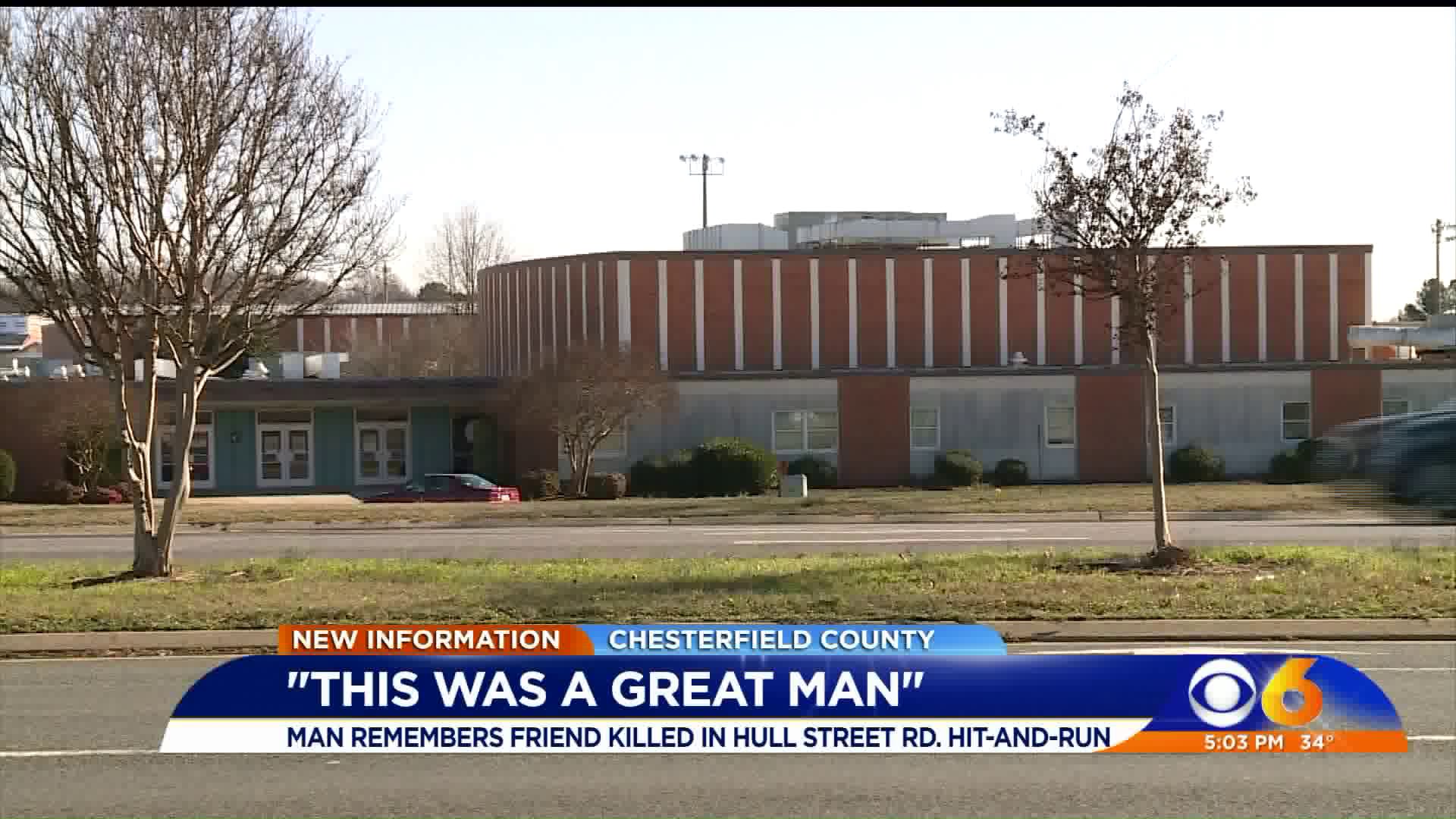 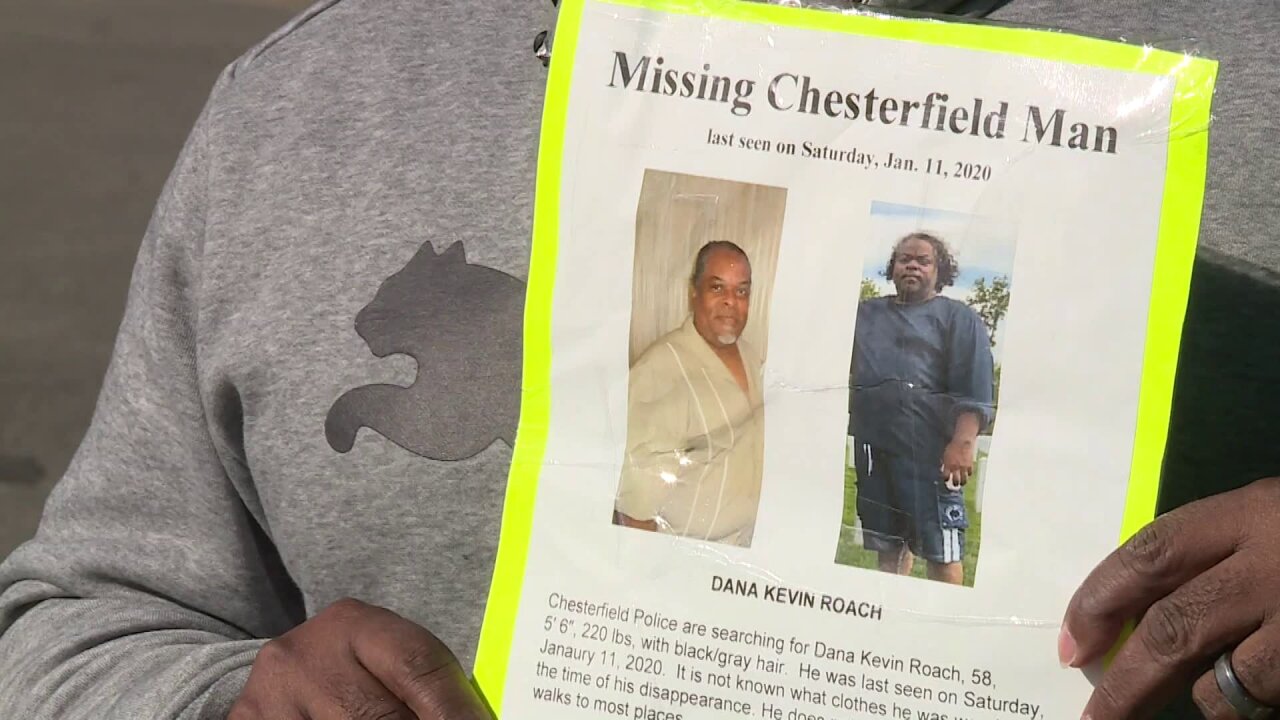 CHESTERFIELD COUNTY, Va. -- A Chesterfield County Public Schools employee is being remembered by his friends and family after he was the victim of a fatal hit-and-run.

Dana Roach, 58, was found dead down an embankment on Hull Street Road on Thursday, according to Chesterfield Police.

"Our thoughts and prayers are with the family," a school spokesperson said in a statement.

Jarrod Beverly and his family began searching for their neighbor immediately after he was reported missing on January 11.

"We went out multiple days and multiple hours. We got out of our car and walked up and down Hull Street Road from the Food Lion all the way to Manchester Middle," Beverly explained. "We searched for him, yelling his name, going into wooded areas -- heading east and heading west."

His neighbors made fliers and posted them at nearby intersections. Roach was known to walk down Hull Street Road to work or the store.

Beverly believed his friend may have been walking to LaPrade Library, which is about a mile from where their Wyntrebrooke Court neighborhood.

"It’s a shame someone did such an awful act and left him there as well, such a shame," said Beverly.

Benson was also charged with driving while revoked in relation to the crash.

An online records search showed Benson has a lengthy criminal record and was accused of numerous drug and traffic charges in Chesterfield. His latest infractions date back to December 2019.

Benson appeared via videoconference in Chesterfield General District Court on Tuesday morning. A judge denied Benson a bond, appointed him an attorney and scheduled his next court appearance for February 27.

The investigation into the crash is on-going.