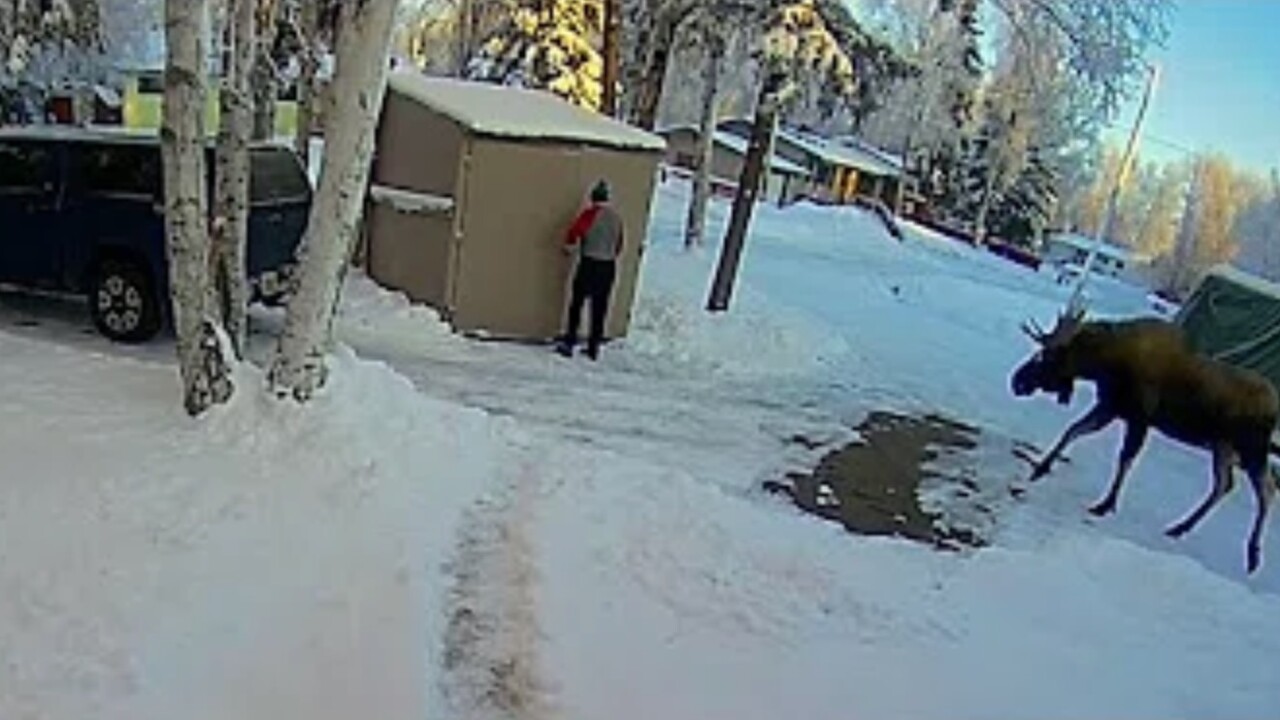 ANCHORAGE, Alaska — An Alaska man taking garbage to his shed found himself briefly trapped by a bull moose.

A home security camera captured Curtis Phelps of Anchorage turning to see a bull moose making a beeline for him on Jan. 11.

Phelps closed the door, called his wife on his cellphone and waited for her to signal that the moose had moved on.

The Alaska Department of Fish and Game says moose generally are not aggressive but can deliver deadly blows with their hooves if irritated or threatened.

The department says more people in Alaska are injured by moose than bears.