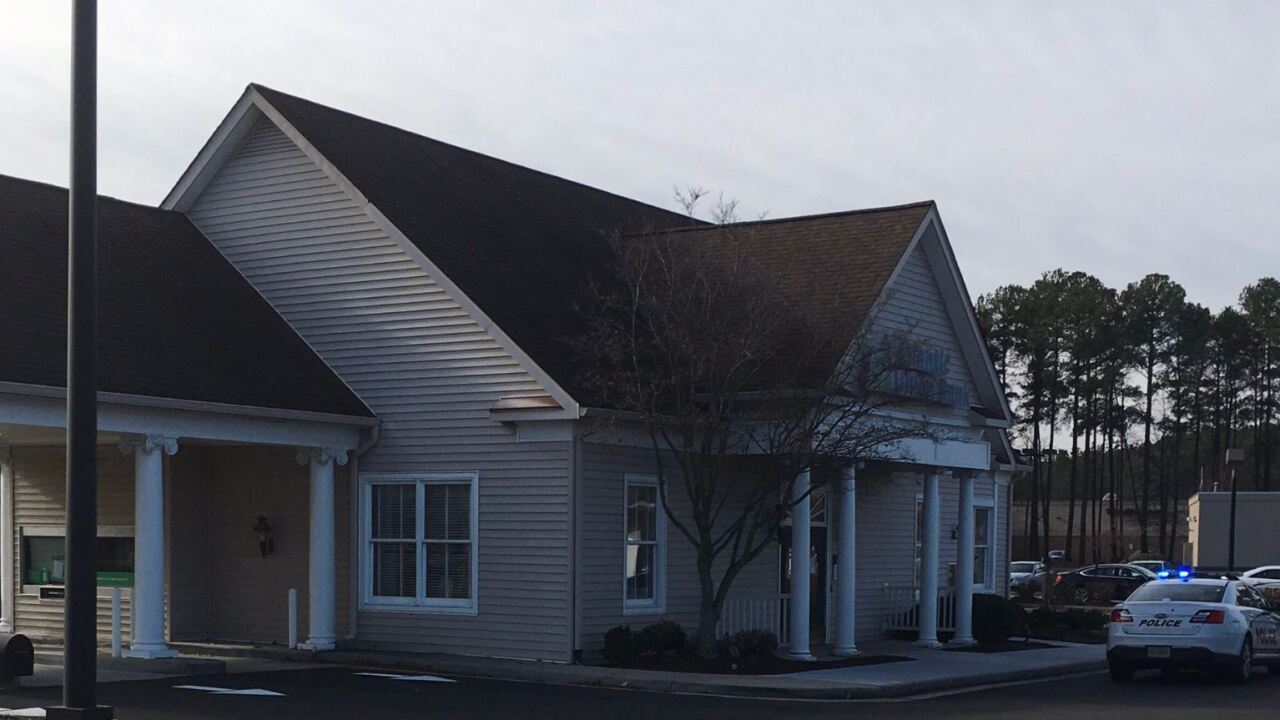 CHESTERFIELD COUNTY, Va. — A suspected bank robber was taken into custody shortly after a bank robbery was reported Thursday morning in Chesterfield.

The robbery was reported at about 9:30 a.m. at the Atlantic Union Bank along the 11000 block of Hull Street Road.

The suspected robber was taken into custody without incident, according to Chesterfield Police Lt. Don Story.

Additional information was expected to be released later in the day.