‘Help me, she’s not my mom!!’ sign prompts police stop in California — but it was a joke 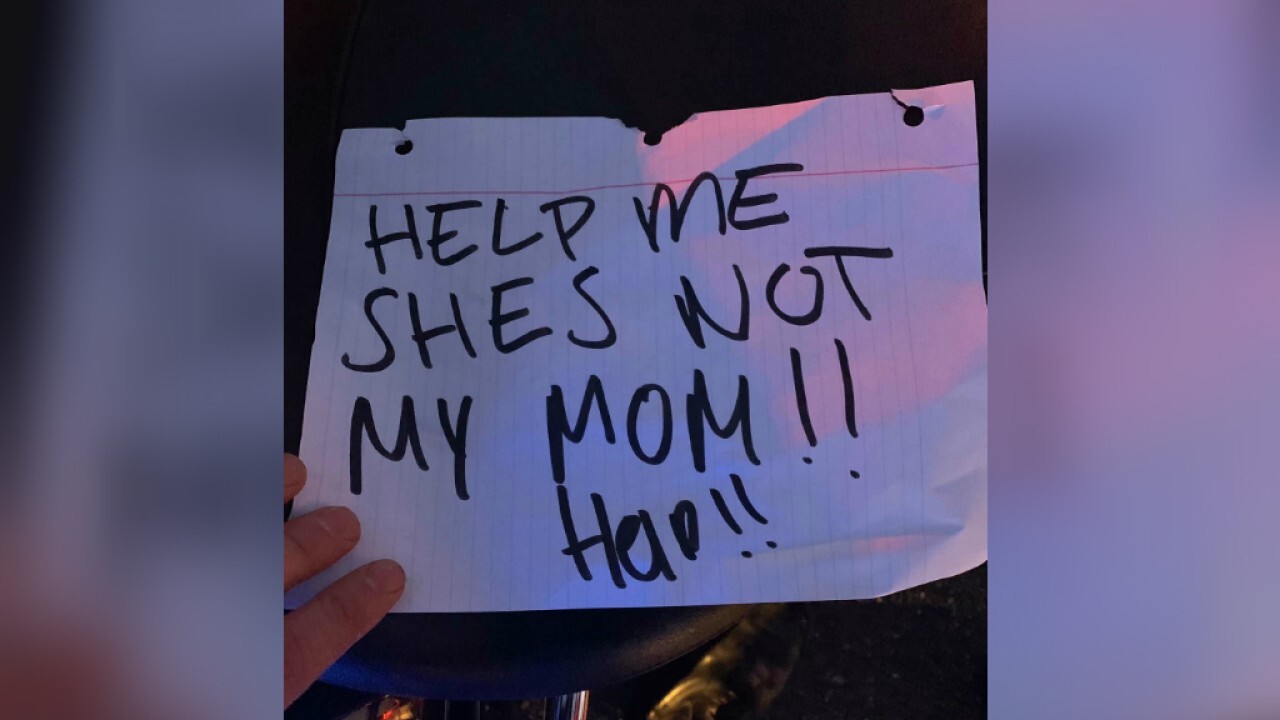 SACRAMENTO, Calif. — Concerned motorists called California police after spotting a juvenile holding a troubling sign up to the backseat window — but it was all a joke.

At around 5 p.m. Saturday, January 11, police received an alarming call about a vehicle in Sacramento, California. According to the California Highway Patrol, drivers spotted a female juvenile in the back seat of a vehicle holding up a sign that read, “HELP ME SHES NOT MY MOM!! Help!!”

Two motorcycle officers and a K-9 unit responded and made a “high risk enforcement stop,” CHP South Sacramento said in a statement on Facebook.

After speaking with the driver, officers realized it was a joke. The girl’s mother was driving and was unaware of what her daughter was doing in the back seat, police said.

“The driver was contacted and it was determined that the juvenile had made it all up and thought it was a fun thing to do,” police said.

CHP is using the incident to remind parents that they should be aware of what their kids are doing in the car.

“This is a reminder that parents need to be aware of what their children are doing in the back seat at all times,” CHP South Sacramento said on Facebook. “Six CHP units were assigned to this call instead of responding to legitimate calls or patrolling their beats because of this hoax.”

Authorities didn’t say how old the child was. Both the mother and daughter were allowed to leave the scene once it was determined there was no foul play.