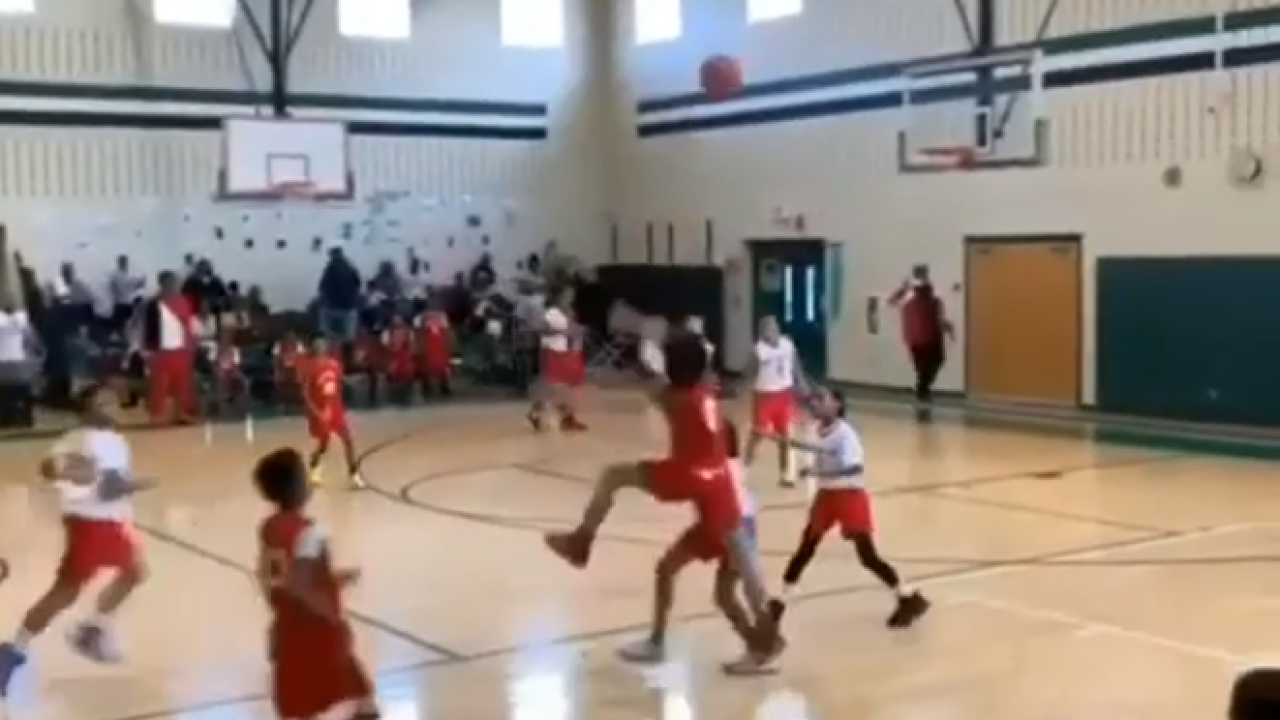 RICHMOND, Va. – As a kid, most basketball fans dream of hitting the last-second buzzer-beater to win the game. Well, that dream was a reality this weekend for 11-year-old Marcus Bullock of Henrico.

It was the first game of the season for the Donahoe Elementary School fifth grader and his Raptors with the Chamberlayne Youth Basketball League.

Down one point with four seconds to go in the game, Marcus threw up a prayer at the buzzer.

The 11-year-old hit a three-pointer as time expired to win the game.

The special moment was captured on video.

After hitting the shot, Marcus was mobbed by his teammates in celebration.

Marcus’ mom tells CBS 6 that her son is an honor roll student who is also on the drumline. She says he is an “amazing big brother and an awesome son.”