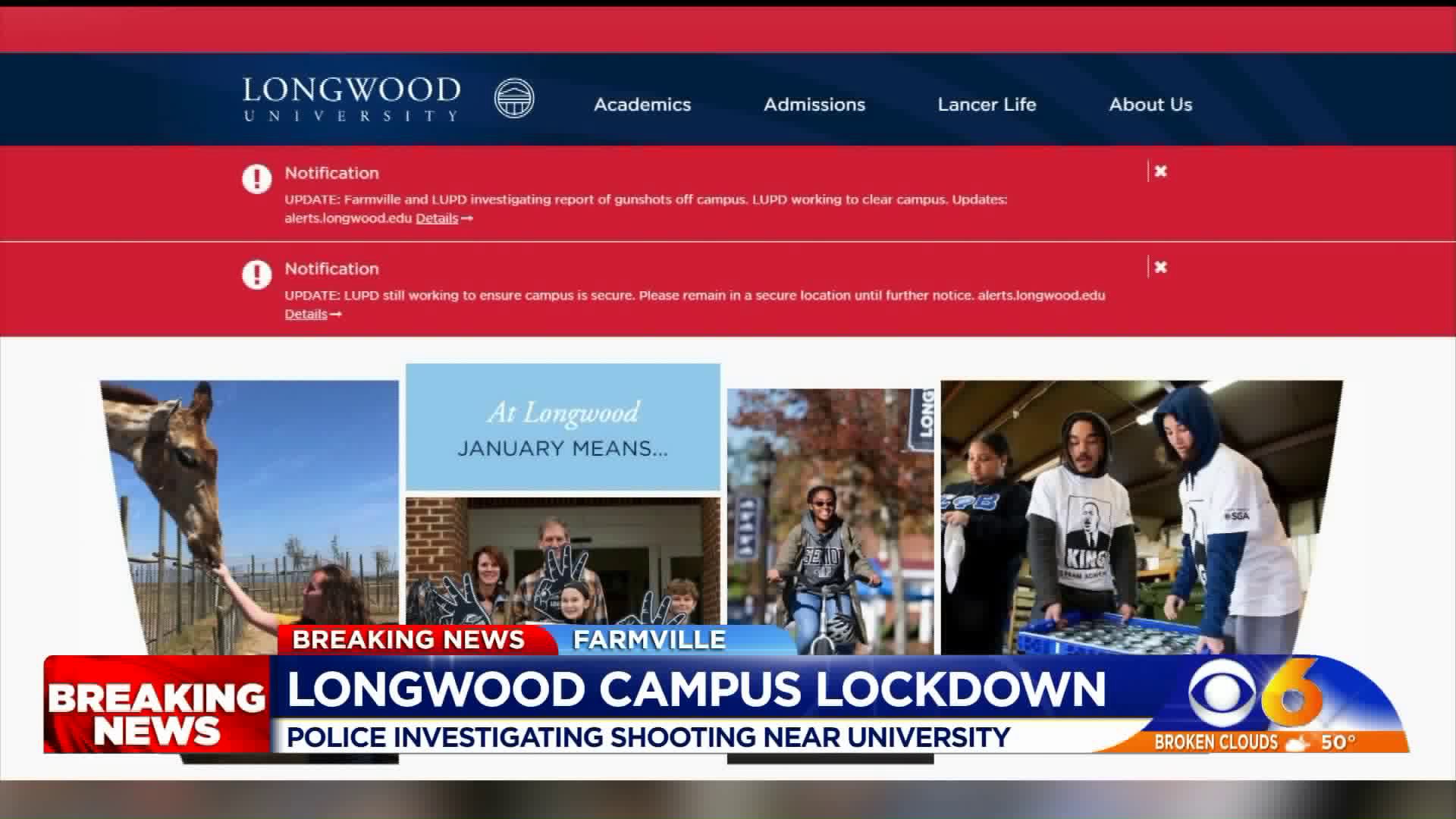 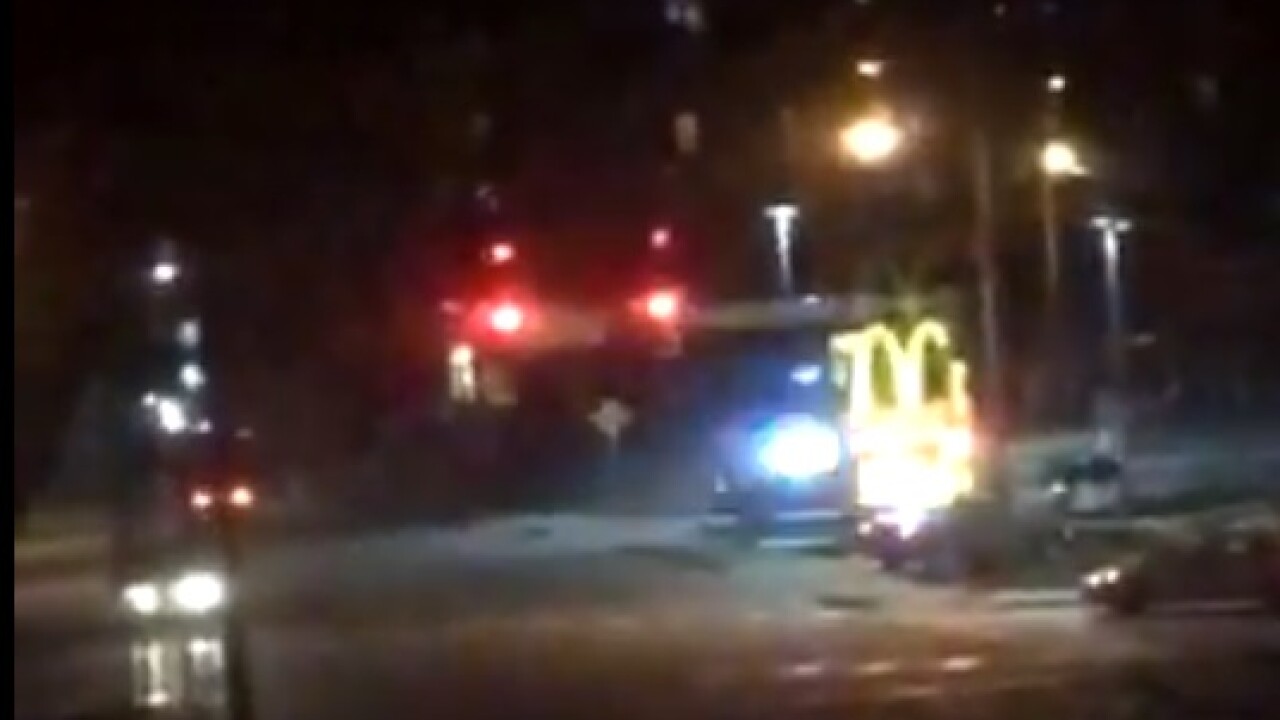 FARMVILLE, Va. -- A "person of interest" is in custody after shots fired off-campus prompted a lockdown for more than an hour at Longwood University in Farmville Sunday night.

The university sent an email alert about a report of a person with a gun on campus at 9:38 p.m., according to the school's student newspaper, the Longwood Rotunda.

Officials urged anyone on campus to "go inside to a locked and secure location."

Longwood University student Kate Creech said she heard a series of "rapid gunshots" at 9:12 p.m. not far from the Farmville McDonald's.

"They sounded very, very close," Creech said. "At 9:38 the university sent out the first warning email as well as sounding the emergency alarm."

BREAKING: According to an email sent out from Longwood Univeristy, police are investigating a person with a gun on campus. pic.twitter.com/7JoNkuT1sT

UPDATE: “Please stay inside until the lockdown is lifted.” pic.twitter.com/kXalcnWjz0

Campus officials said Farmville and Longwood University Police were called to a report of gunshots near the intersection of Putney and Main streets.

When police arrived, the suspects had already fled, officials said.

As a result, Longwood Police urged anyone on campus to stay inside in a secure location until police could make sure the grounds were safe.