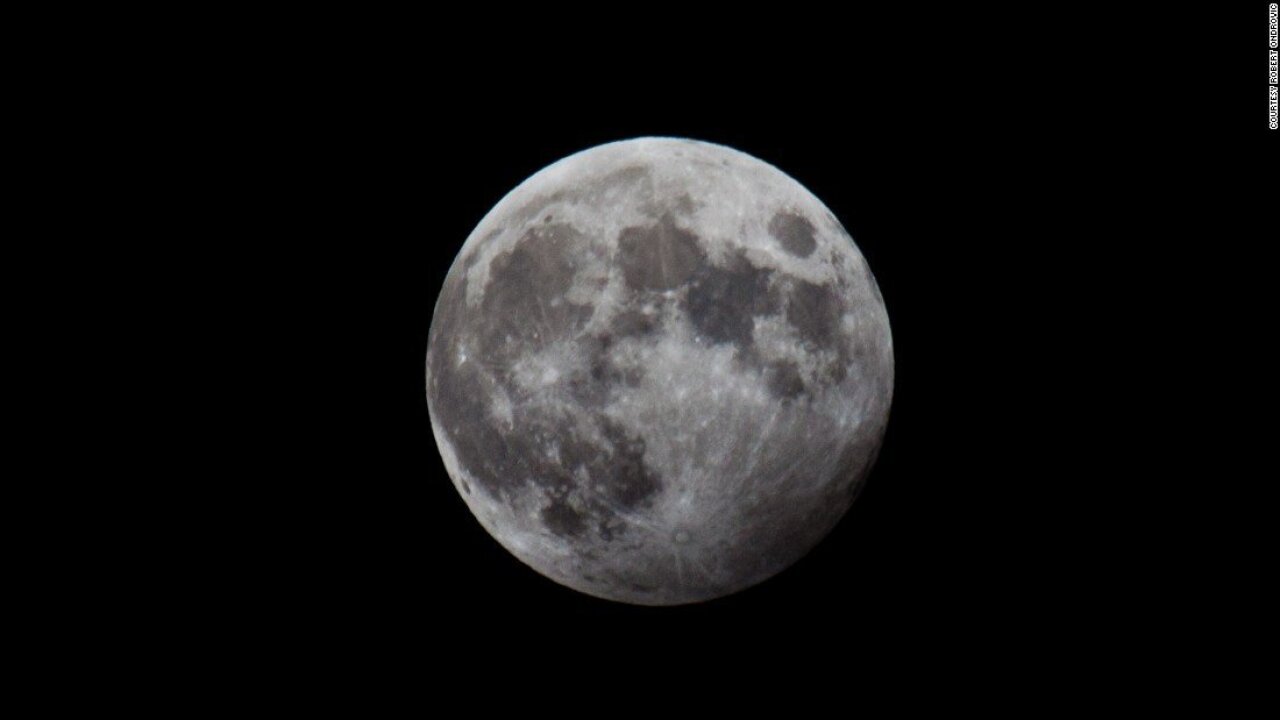 This year started off with a meteor shower and the first month of 2020 continues with a penumbral lunar eclipse during the full moon.

This year started off with a meteor shower and the first month of 2020 continues with a penumbral lunar eclipse during the full moon, on Friday.

The eclipse on Friday will occur when the moon moves into Earth's penumbra, or outer shadow. This causes the moon to look darker than normal.

During a total lunar eclipse, the change is more dramatic because the entire moon appears to be a deep red color.

The eclipse will last for about four hours.

The penumbral lunar eclipse will be visible on Friday evening to those in Asia, Australia, Europe and Africa.

Those in North America will have a more difficult time seeing it because it begins at 12:06 p.m. ET and ends at 4:14 p.m. ET. But those in Alaska, eastern Maine and parts of northern and eastern Canada have a chance.

Check Time and Date to see the best time for your area.

Each moon has its own name associated with the full moon. In January, it's known as the "wolf moon," inspired by hungry wolves that howled outside of villages long ago, according to the Old Farmer's Almanac.

And if you spot what appears to be a bright star low in the sky to the west, that's actually Venus. And between now and April, Venus will look brighter and higher in the sky. This will peak on the evenings of April 2 and 3.

Normally, there are 12 full moons in a year because one occurs each month. But in 2020, October will have two full moons, once on October 1 and then again on October 31.

Two full moons in the same month is known as a "blue moon." And the fact that the second one falls on Halloween truly makes this event "once in a blue moon."

This year will also have two supermoons, when the moon appears even larger and brighter in our sky. They will happen on March 9 and April 7.

Here are all of the full moons and their names occurring this year, according to the Farmer's Almanac: