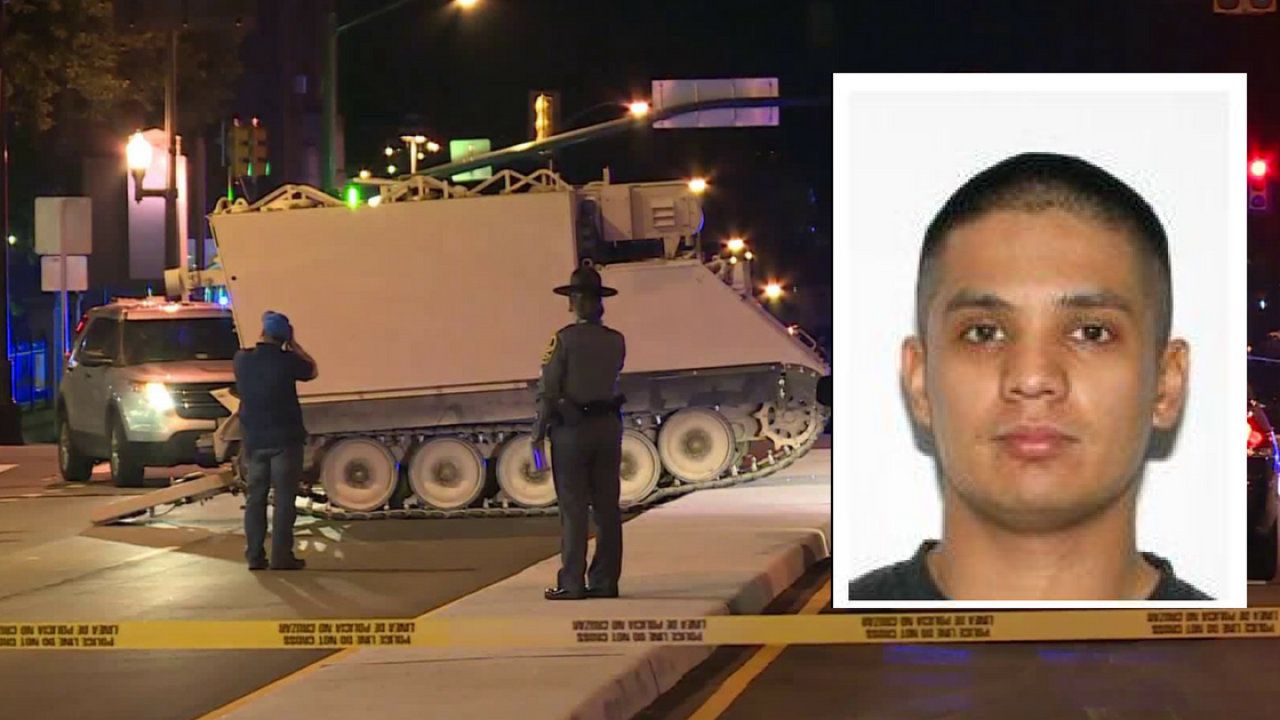 NOTTOWAY COUNTY, Va. -- The former Virginia National Guardsman who stole an armored vehicle from Fort Pickett and drove it to downtown Richmond two years ago was granted a conditional release Friday morning.

Yabut made national headlines in June 2018, when investigators said he took an armored personnel carrier from Fort Pickett in Blackstone and drove it more than 60 miles to Richmond, with multiple police officers in pursuit.

The chase came to an end in the middle of Broad Street, near City Hall, where Yabut climbed out of the vehicle and was taken into custody. He was charged with felony unauthorized use of a motor vehicle for that incident.

In August, Joshua Yabut was found not guilty by reason of insanity and ordered to receive treatment.

"He did not have the mental capacity to understand the wrongfulness of his actions at the time that he took them," Yabut's attorney Amy Austin said in August.

Yabut was evaluated at Central State Hospital to determine the extent of his mental illness and whether he was a danger to himself or the community. He returned to court Friday where a judge granted him a conditional release.

As part of that conditional release, the judge ruled that all firearms Yabut previously owned will be destroyed.