SUCCESS! JMU student solves mystery of ‘I Love You’ pendant found on riverbank

HOPEWELL, Va. --  The owner of a pendant found buried along the Appomattox River was located just hours after CBS 6 broadcasted the story of a Central Virginia college student who was trying reunite the treasure with its owner.

Whenever 20-year-old James Madison University student Homer Thomas is home on break, he strolls the banks of the Appomattox River.

Thomas soaks up the tranquil scene and enjoys nature while picking up trash and searching for treasures with his metal detector.

During an excursion last week, Thomas turned up something shiny that not only caught his eye, but tugged at his heart.

It sent his mind wandering back to a time when he thought he lost a treasured piece of jewelry given to him by his grandfather -- that he eventually was reunited with.

“I know how it feels to lose something extremely valuable and to get it back is such a great feeling,” Thomas said.

The 14k gold pendant is engraved with “I Love You” on one side and a man’s face etched on the other side.

Thomas instantly knew what he had to do after imagining a wife, a daughter or loved one missing the keepsake. 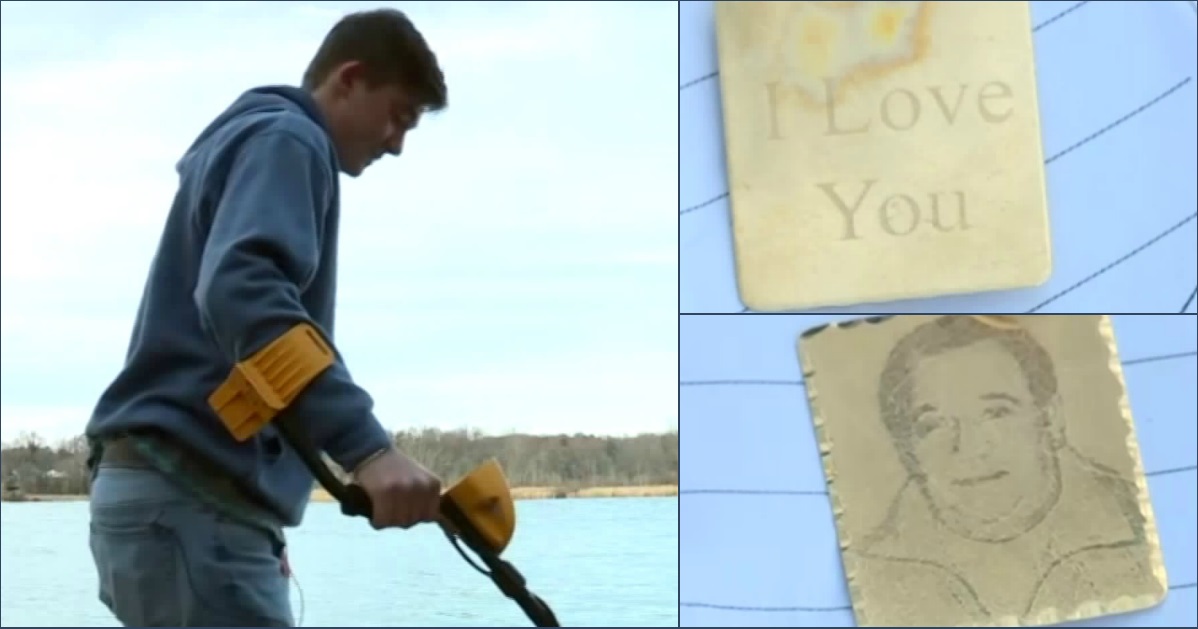 “I know that it would be important to them,” Thomas said. “I would want someone to do that for me, so it's only right. I hope that anyone would do it.”

So Thomas crossed his fingers and hopped on social media hoping to make a connection with someone who knows the story behind the keepsake.

But just hours after CBS 6 broadcast Thomas' story, a Hopewell woman reached out about her precious family heirloom that was taken from her years ago.

The owner, "Lynn," reached out to Shelby to tell her it belongs to her, and that the man the man on the pendant is her father. When he died, her brother had the pendant made for their mother.

When their mother died, however, Lynn inherited it, but it was stolen four years ago.

Now, Lynn will be reunited with her pendant thanks to Thomas' efforts and the CBS 6 Problem Solvers.