RICHMOND, Va. -- Day one of the 401st session of Virginia's General Assembly made history, as Del. Eileen Filler-Corn became the first woman and Jewish person to assume the role of Speaker of the House.

Voters and lawmakers alike viewed what that history will mean going forward through very different lenses, depending on where they stand on several of the headline-grabbing issues Democrats plan to tackle now that they control both chambers for the first time in two decades.

History at the State Capitol. Del. Eileen Filler-Corn @EFillerCorn welcomed with applause as she enters the House floor moments before being sworn in as the first woman to become speaker of the House in Virginia's 401-year legislative history. #valeg #VaGeneralAssembly pic.twitter.com/8sPXCuBeVr

With Governor Ralph Northam (D) in the Executive Mansion, House and Senate Democrats expect to tighten gun laws, decriminalize marijuana, raise the minimum wage, ratify the Equal Right Amendment, and pass healthcare reforms all while shaping the state's two-year budget. The majority party has only 60 days to do it.

During her first address of the House of Delegates as Speaker, Filler-Corn laid out the numerous priorities they hoped to address this session and highlighted the diversity of the caucus, which selected the "most diverse" group of committee chairs in Virginia history.

In her opening speech as Speaker, @EFillerCorn praises the diversity of the chamber in it’s 401st session. Says Virginia will maintain its place as a top destination for business, but rejects the notion that means neglecting workers. @CBS6 pic.twitter.com/ObCWxnl2Tw

“We are truly a body that represents all the people. This is the foundation of the future we are building," Filler-Corn said. “I pledge to reach for a more just and prosperous future for all Virginians.”

Following the Speaker's remarks, Del. Jeff Bourne (D-Richmond) said his party expects to accomplish their agenda despite the short timeline ahead of them. 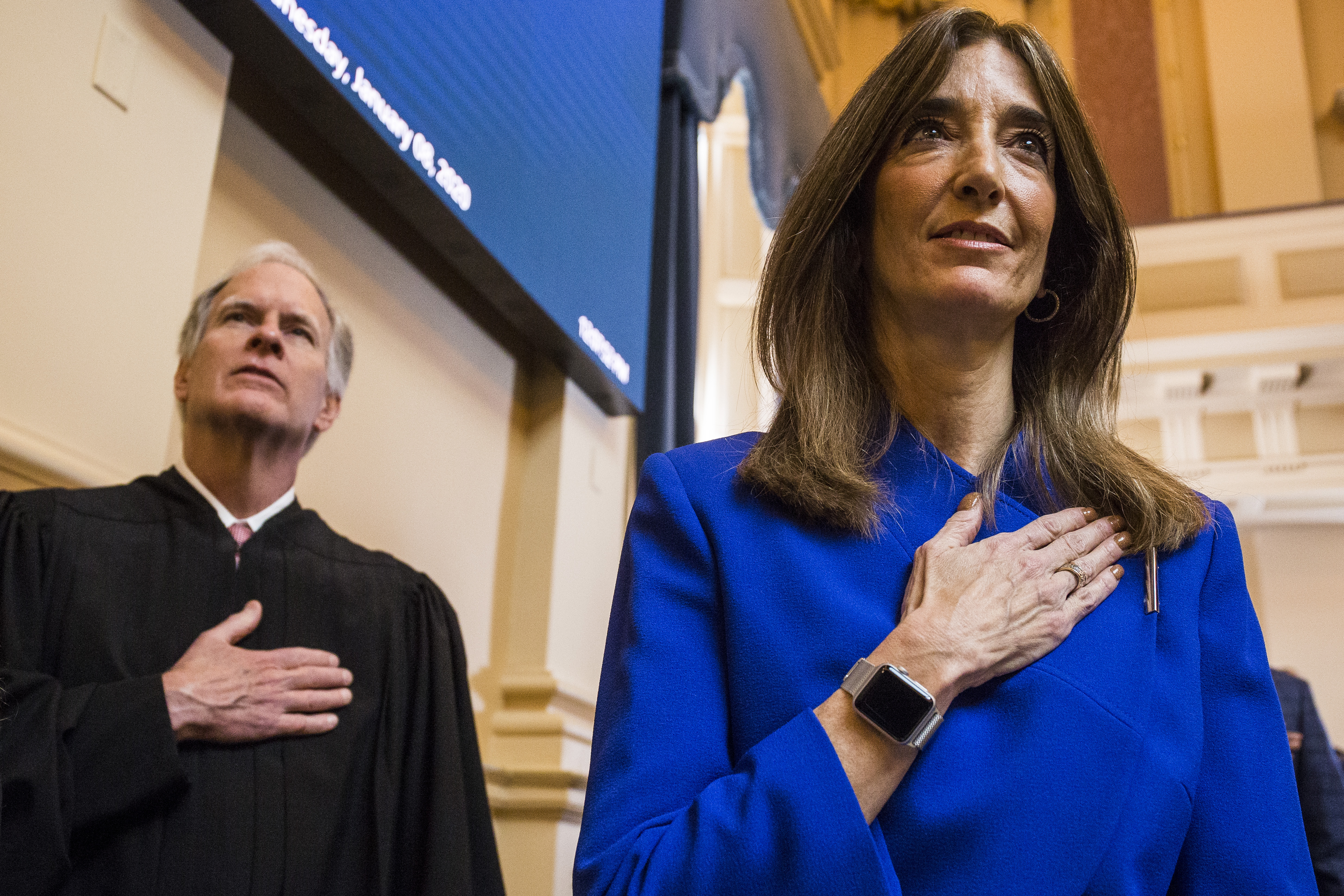 Republican leaders congratulated Filler-Corn on making history. Later in the evening, Republicans blasted the new House leadership for not presenting a list of procedural rules, which govern how the chamber operates, on day one as is customary. GOP leaders hinted that this would be a sign of things to come under the new leadership.

“To date, House Republicans have received no indication about what the new majority’s Rules will include, and it is now evident that the House will be at least a day behind schedule for the 2020 General Assembly Session, wasting precious taxpayer dollars," House Minority Leader Todd Gilbert (R-Shenandoah) said in a statement.

Republicans find themselves in unfamiliar territory during the 2020 session: as the opposition party.

In an interview Wednesday morning, Gilbert said the GOP is still "adjusting" to the new reality but stood ready to call out Democrats when his caucus saw them going too far.

“Our job is to hold them accountable for what they do.  We believe they are being driven far to the left of the average voter, even the average democratic voter," Gilbert said. "Very soon, they will overreach to pay off those who funded their campaigns to the tune of millions and millions of dollars, and that making good on those promises ultimately will result in a much more far-left agenda than even their voters expected."

In the months following November elections, gun owners across Virginia have spoken in opposition to the Democrat's agenda on guns, saying many of the proposed bills infringe on second amendment rights. Democrats are pitching what they call "common sense" measures like red flag laws, bringing back the state's one handgun a month policy, and universal background checks on all gun purchases.

The expected tension of the gun debate was just one reason Capitol Police, Richmond Police, and Virginia State Police announced an enhanced presence on the Capitol grounds Wednesday.

“If we do not defend our natural rights, inalienable rights, to defend ourselves and our country, then we don’t have anything else," said Jake Hines of Henrico, who came to stand with other gun owners worried about gun control bills.

Despite the increased law enforcement footprint, Hines and his young son Riker played catch in the grass next to the steps of the Capitol building, just a toss away from more than a dozen state troopers.

“Today, it feels like everyone is very willing to openly talk to one another," Hines said. “I want [Riker] to have an open mind, be able to discuss things, and come to his own conclusions as he grows up.”

Kim McCusker said seeing the historic moments play out Wednesday made her think of her daughters and the progress she says women in leadership can bring to Virginia.

“It’s a big day. I’m getting emotional just talking about it.  It really is important," McCusker said.  “I think there is a lack of conversation right now in our politics, and I think women can bring that back to the floor.  No more fighting, just get stuff done."

The 2020 General Assembly session is scheduled to last 60 days.