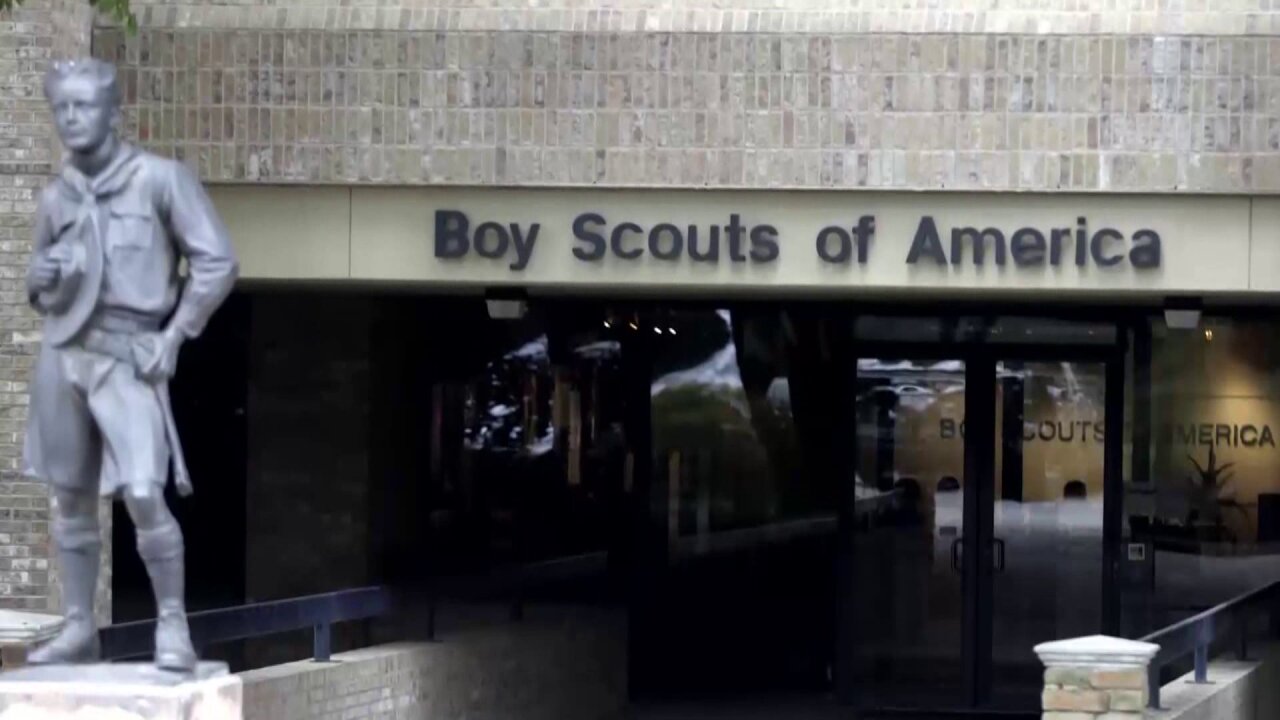 WASHINGTON D.C. -- A legal team has filed a lawsuit in federal court in Washington D. C. on behalf of thousands of former Boy Scouts who alleged they were sexually abused by their leaders.

The group, Abused in Scouting, spearheaded the lawsuit for eight plaintiffs representing more than 1,600 men who have come forward with allegations of abuse across the nation, according to lawyer Andrew Van Arsdale.

"The response has been overwhelming," Van Arsdale said. "We have a client in every 50 state. As old as 92 and as young as 8 years old."

Nearly 30 individuals who live in Virginia have come forward stating they were sexually abused by scoutmasters or leaders within Boy Scouts of America (BSA). Lawyers stated six men who live in Central Virginia have reached out to their legal team.

Two of the cases occurred at Pocahontas State Park in Chesterfield and in Mechanicsville, according to Abused in Scouting.

"We want justice for our clients," Van Arsdale explained. "This ruined their lives in many cases. Their lives would’ve been totally different had they never joined the Boy Scouts of America and they need to be held accountable for that."

The eight plaintiffs live in states where statute of limitations laws would prevent them from suing the BSA based on claims of sex abuse that occurred decades ago.

"The plaintiffs' lawyers contend that federal court in Washington is an appropriate venue for such a lawsuit because the Boy Scouts were incorporated there in 1910 and obtained a congressional charter in 1916. Along with several states — including New York, New Jersey, and California — the District of Columbia eased its statute of limitations in 2019 to accommodate claims like those in this new lawsuit," according to reporting from CBS News.

Legal expert Todd Stone said Virginia is among the states that allow victims  to pursue decades-old crimes in court.

"On the criminal side, Virginia has no statue of limitations," Stone stated. "It’s always been possible for someone to bring a criminal charge on someone for old conduct."

In a statement sent to CBS 6, the BSA didn't specifically address the lawsuit, but reiterated its previous apologies to "anyone who was harmed during their time in Scouting."

The full statement from the Boy Scouts of America reads:

First and foremost, we care deeply about all victims of child abuse and sincerely apologize to anyone who was harmed during their time in Scouting. We are outraged that there have been times when individuals took advantage of our program to abuse innocent children. We believe victims, we support them, we pay for counseling by a provider of their choice and we encourage them to come forward. It is the Boy Scouts of America (BSA) policy that all incidents of suspected abuse are reported to law enforcement.

The Boy Scouts of America is committed to fulfilling our social and moral responsibility to fairly compensate victims who suffered abuse during their time in Scouting, while also ensuring that we carry out our mission to serve youth, families and local communities through our programs. Nothing is more important than the safety and protection of children in our Scouting programs – it is our top priority. The BSA has a multi-layered process of safeguards informed by experts, including the following, all of which act as barriers to abuse: a leadership policy that requires at least two youth-protection trained adults be present with youth at all times and bans one-on-one situations where adults would have any interactions alone with children – either in person, online, or via text; a thorough screening process for adult leaders and staff including criminal background checks, and the prompt mandatory reporting of any allegation or suspicion of abuse.

We steadfastly believe that one incident of abuse is one too many and we are continually improving all of our policies to prevent abuse. This is precisely why we fully support and advocate for the creation of a national registry overseen by a governmental entity, similar to the national sex offender registry, of those who are suspected of child abuse or inappropriate behavior with a child, thus allowing all youth-serving organizations to share and access such information.

We call upon Congress and other youth- serving organizations to support this initiative.