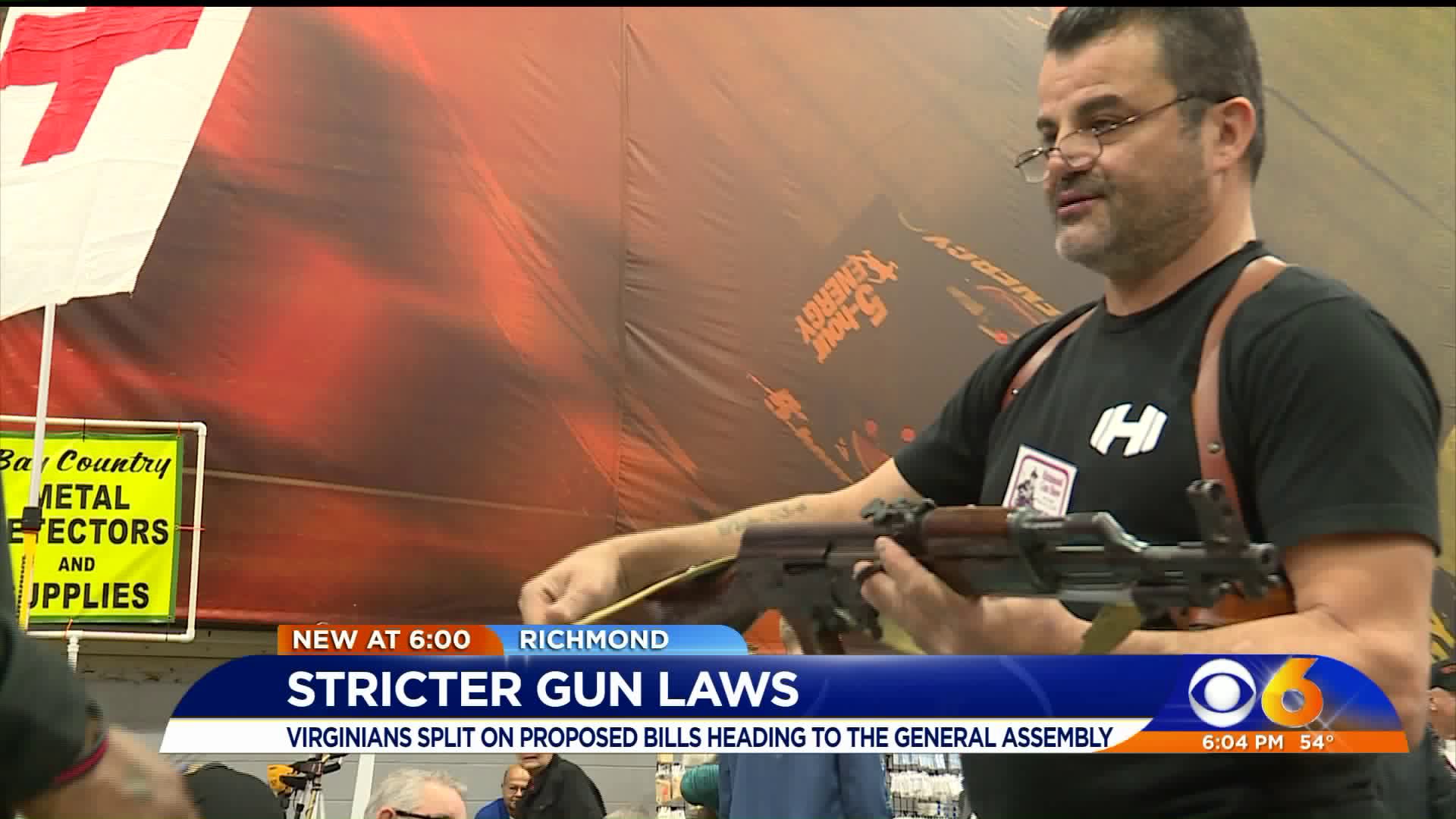 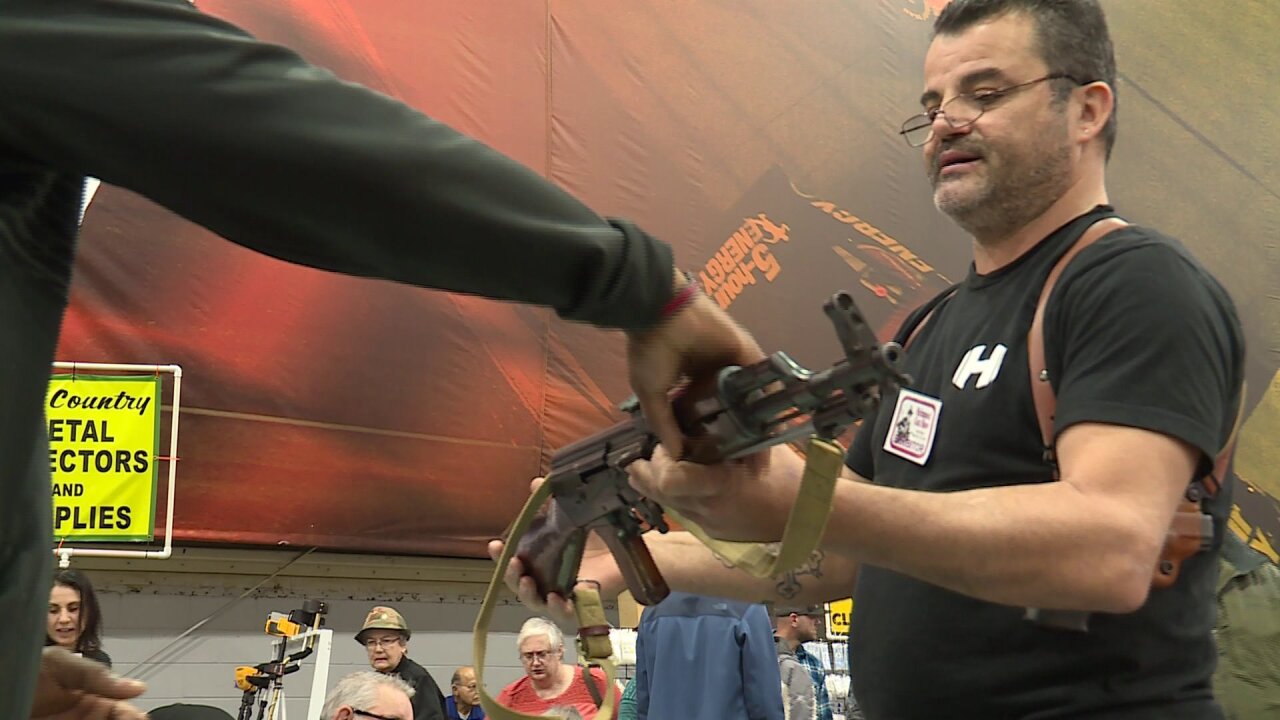 RICHMOND, Va. -- When Virginia's General Assembly convenes next week, Democrats are set to have complete control of the state house for the first time in more than two decades.

That news has some gun owners concerned about potential changes to Virginia's gun laws proposed by Gov. Ralph Northam.

"Getting rid of bump stocks, high volume magazines, red flag laws. These are common-sense pieces of legislation," Northam told CNN the Wednesday after Election Day. "I will introduce those again in January. And I'm convinced, with the majority now in the House and the Senate, they'll become law and because of that, Virginia will be safer."

Some of those proposals have left gun owners in the Commonwealth angry and concerned.

In fact, more than 90 localities in Virginia passed Second Amendment sanctuary resolutions ahead of the General Assembly session.

"This is a gun show that a lot of hunters enjoy and a lot of collectors enjoy this show," Jerry Harding said.

Guns shows like Saturday's are for hobbyists and those seeking personal protection, according to Harding.

"You very rarely hear of somebody getting one from a gun show and killing somebody," Harding said.

Attendees browse and examine firearms at the Richmond Gun Show.

"I have my weapon for my safety and anybody else's," Powell said.

But he, like others, has growing concern about new legislation this General Assembly session.

"It's kind of scary, I guess you could say," Powell said.

With Democrats taking legislative control, Gov. Northam has said he is focused on eight policies, including universal background checks, banning weapons with high capacity magazines as well as suppressors and bump stocks, in order to address gun violence.

"If he wants to cut the assault weapons out like he did before, but like the ones that's got them, keep them," Harding said.

In the wake of the mass shooting, Goddard became an advocate for gun safety laws.

"I'm advocating not for the removal of everybody's gun,  but keeping guns out of the wrong hands," Goddard explained.

"I think any private transfer of a gun -- that's not to a direct family member -- should be subject to a background check," Goddard said.

The 2020 General Assembly will convene Wednesday.

Depend on WTVR.com and CBS 6 News for complete coverage of the General Assembly session.