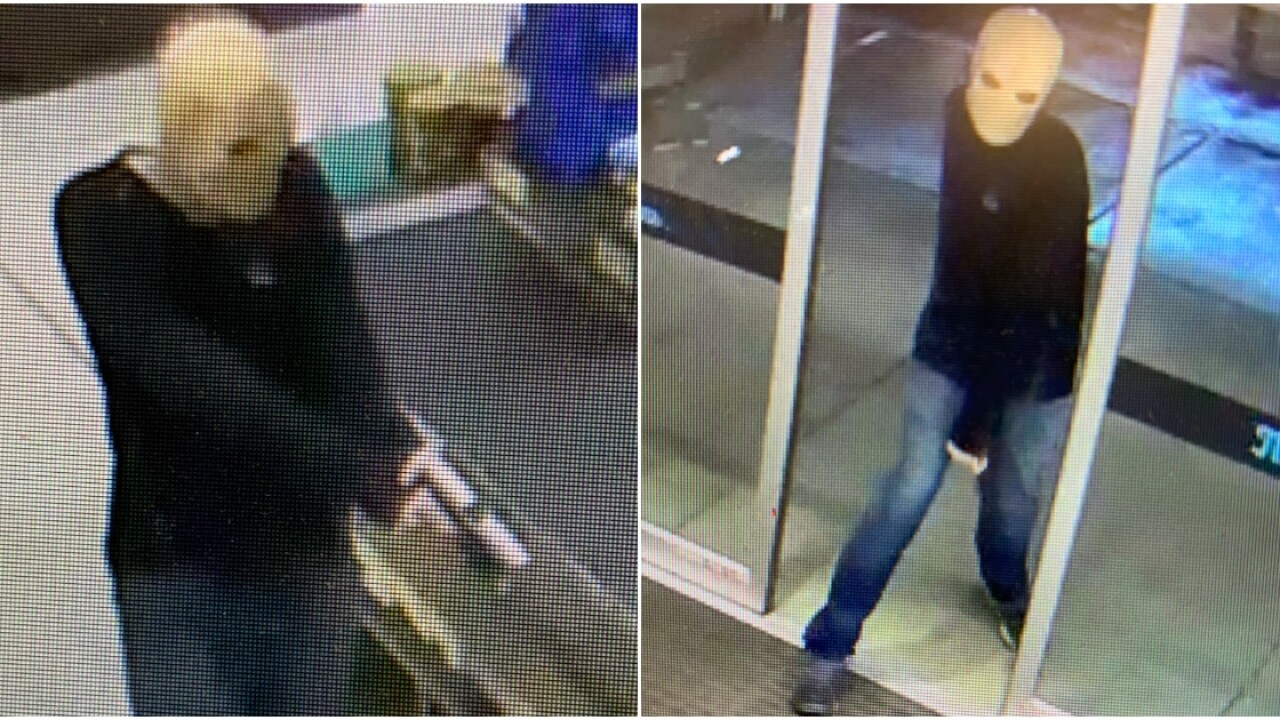 Officers were called to the Aldi at 7500 Harpers Green Way around 8:50 p.m., according to Lt. James Lamb with Chesterfield Police.

Police said the suspect walked into the store, pulled out a silver and brown handgun with a laser sight and demanded money from a cash register.

“The suspect fled from the scene with unknown amount of cash,” Lamb said.

No one was injured, police said.

The suspect was described as a white male in his mid-20s, 6 feet 2 inches tall and wearing a black shirt, blue jeans and sneakers, according to police.

“Police continue their investigation into this incident,” Lamb said.