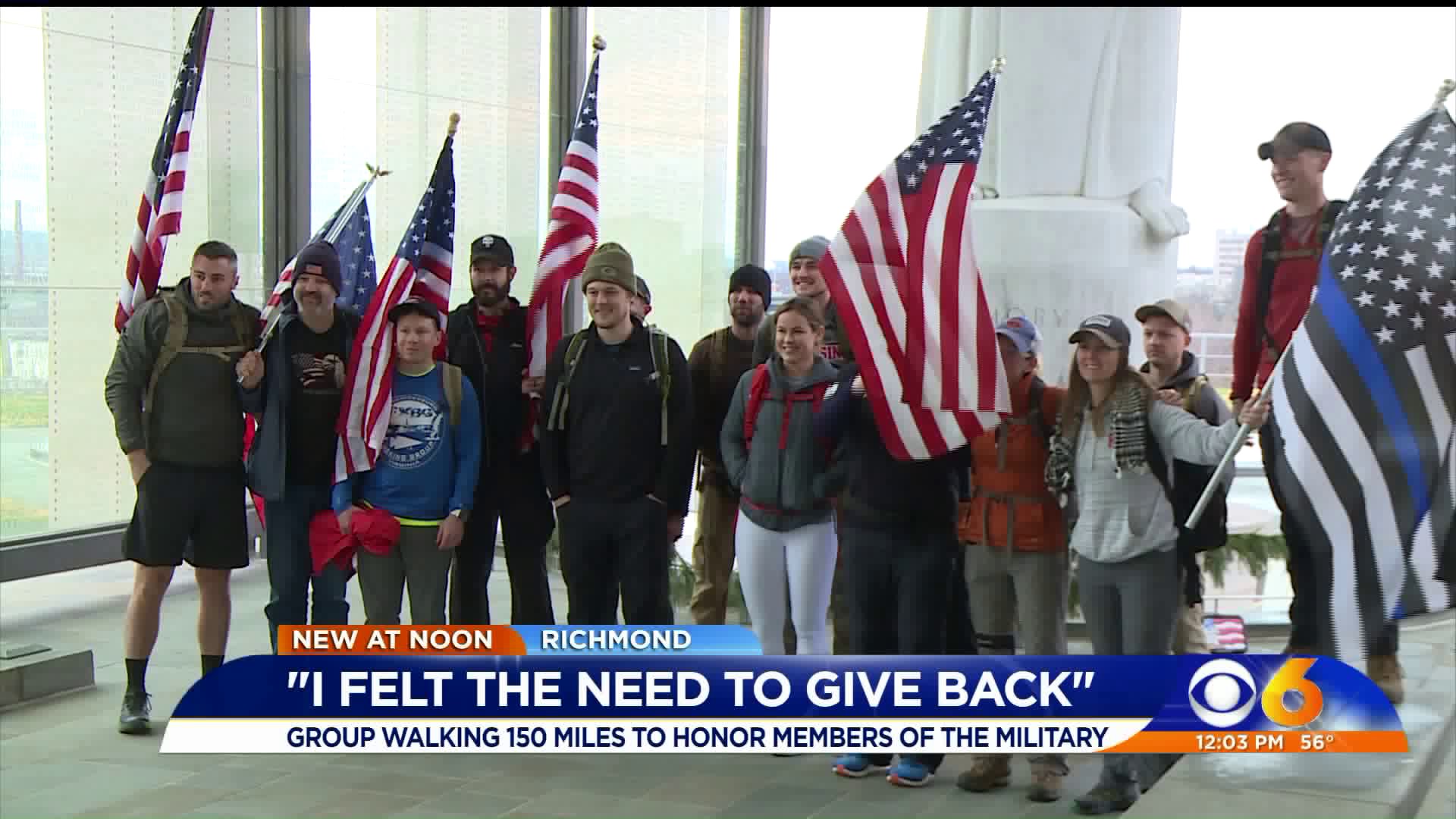 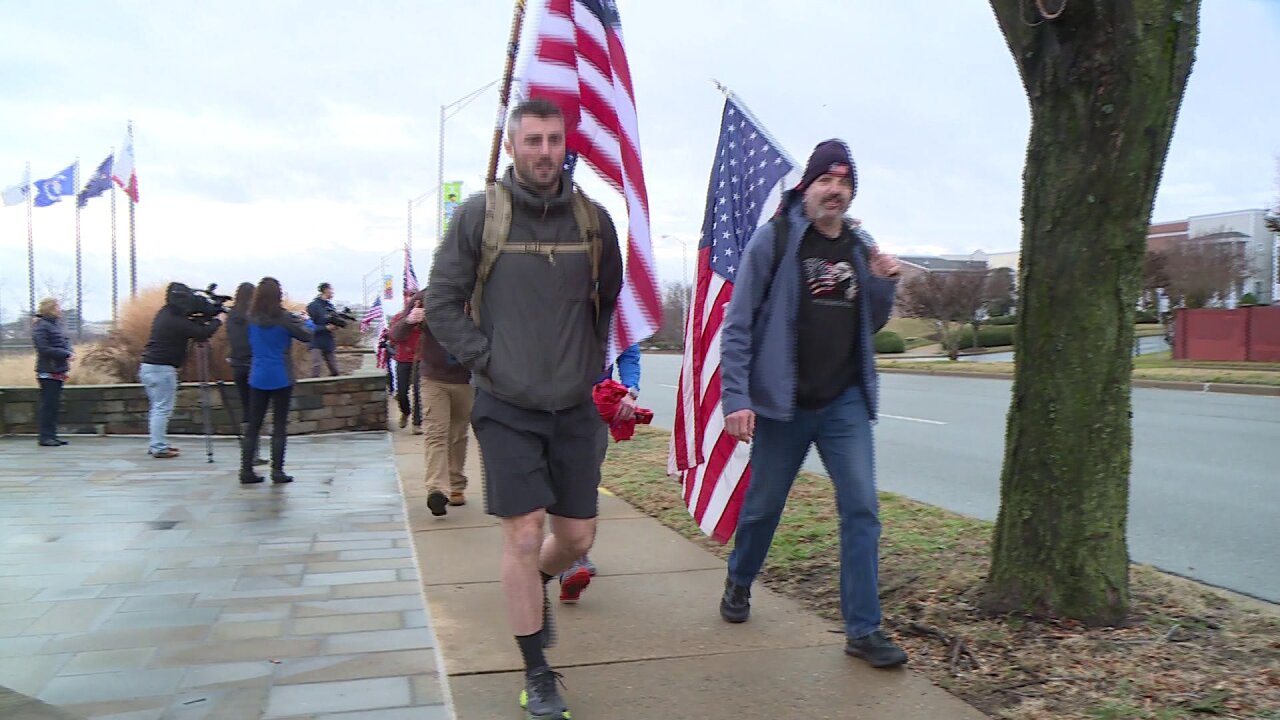 RICHMOND, Va. -- A group of about 15 people left the Virginia War Memorial Friday morning to embark on a roughly 105-mile walk to Arlington National Cemetery in honor of service men and women.

Seven years ago Vic Wise began this walk (now known as Freedom Ruck) all on his own. But Friday, Wise wasn't alone. He left around 9 a.m. with a group of people marching north on State Route One -- where a police escort and other walkers planned to meet him on the way.

The ruck raises money for the Navy SEAL Foundation. Wise said the primary goal is to spark patriotism.

"It’s a friendly reminder that we appreciate those that serve the country, and it's not a political affiliation. It’s simply a 'thank you,'" said Wise. "My brother served, my dad served, and I never served -- but I felt the need to give back to the community."

Gearing up for the Freedom Ruck

Wise added that they carry rucks on their backs just as service men and women often do.

"That’s where ruck started," said Wise. "Freedom ruck -- to appreciate our freedom, and ruck is supposed to signify the load that they carry."

This year -- and for the past three years -- former deputy and coastguard servicewoman, Jennifer Wayne, joined Wise in the ruck.

"Just thinking about why we're doing it kind of keeps you awake a little bit," said Wayne. "I think that as someone whose been in the military and in law enforcement, it's much needed. Especially in this day and age that we know that people are out there supporting us."

Wayne said she hasn't made it all the way to Arlington with the group yet, but it it's a goal of hers.

"As you approach Washington D.C., you can kind of feel that sense of pride, and that sense of who we are as a nation," said Wise.

Wise added that he hopes that feeling is contagious.

"I want them to fly their flags, say 'thank you,' buy a drink for men and women in uniform or give back with your time," said Wise. "Try to give back to those in the community because they give so much to us."