The Cone Parade marches through Carytown on New Year’s: ‘I feel the love’

Dozens of people dressed in their homemade cones made their way down Cary Street.

Organizers said the event aims to usher in prosperity for the coming year as cones are a powerful symbol of bringing forth and focusing energy in sacred geometry.

A couple who recently moved to the area was impressed by the parade.

Jay Einhorn said it was clear that “a lot of joy and preparation went into” the event.

“Everyone was so creative. We were very impressed by some of the cones,” April Zhou added. “I feel the love and someone came over, the Hershey’s Kiss cone, and gave us a chocolate and wished us a Happy New Year.”

The couple was so inspired by what they experienced that they plan to join in next year. 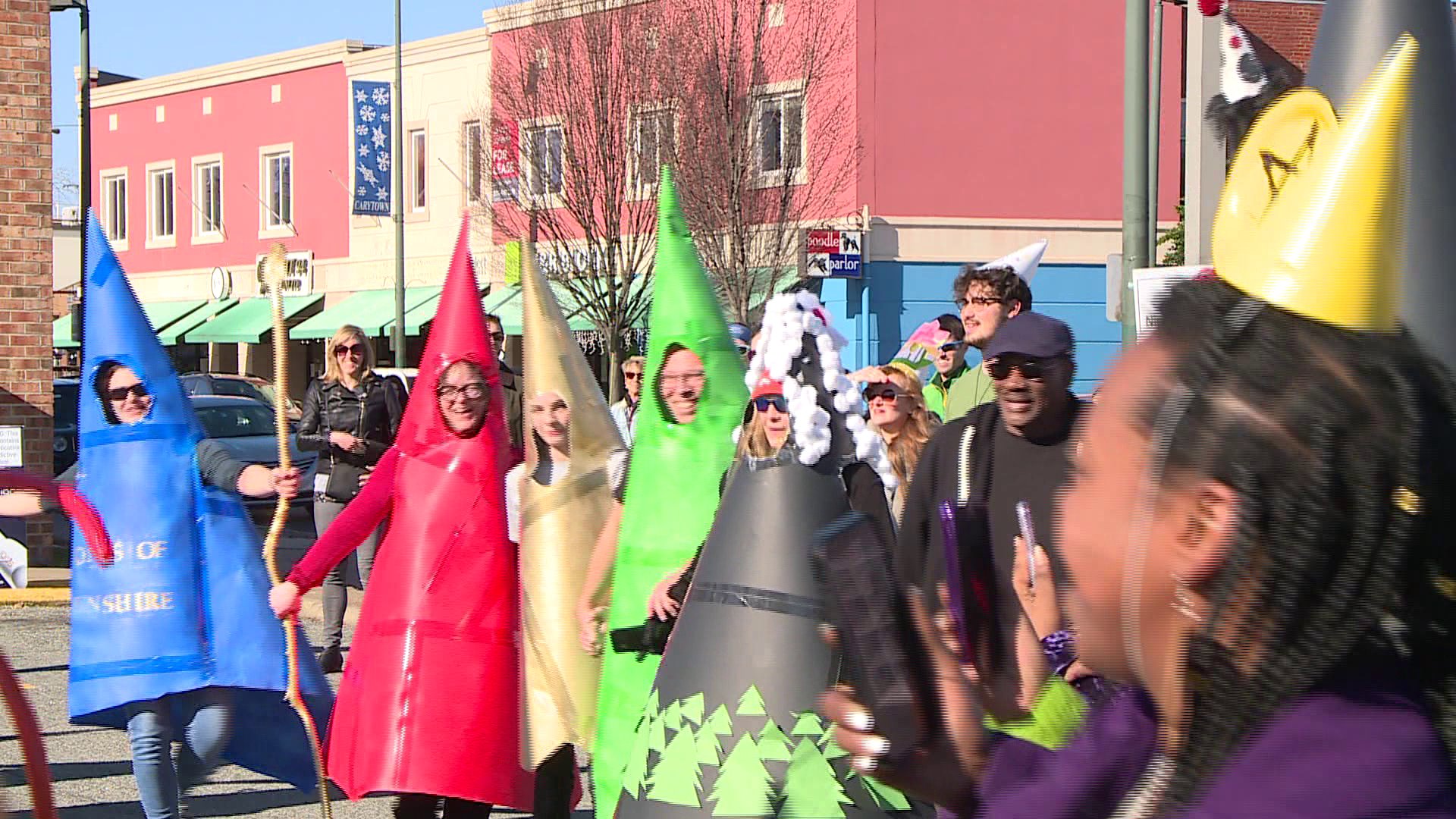