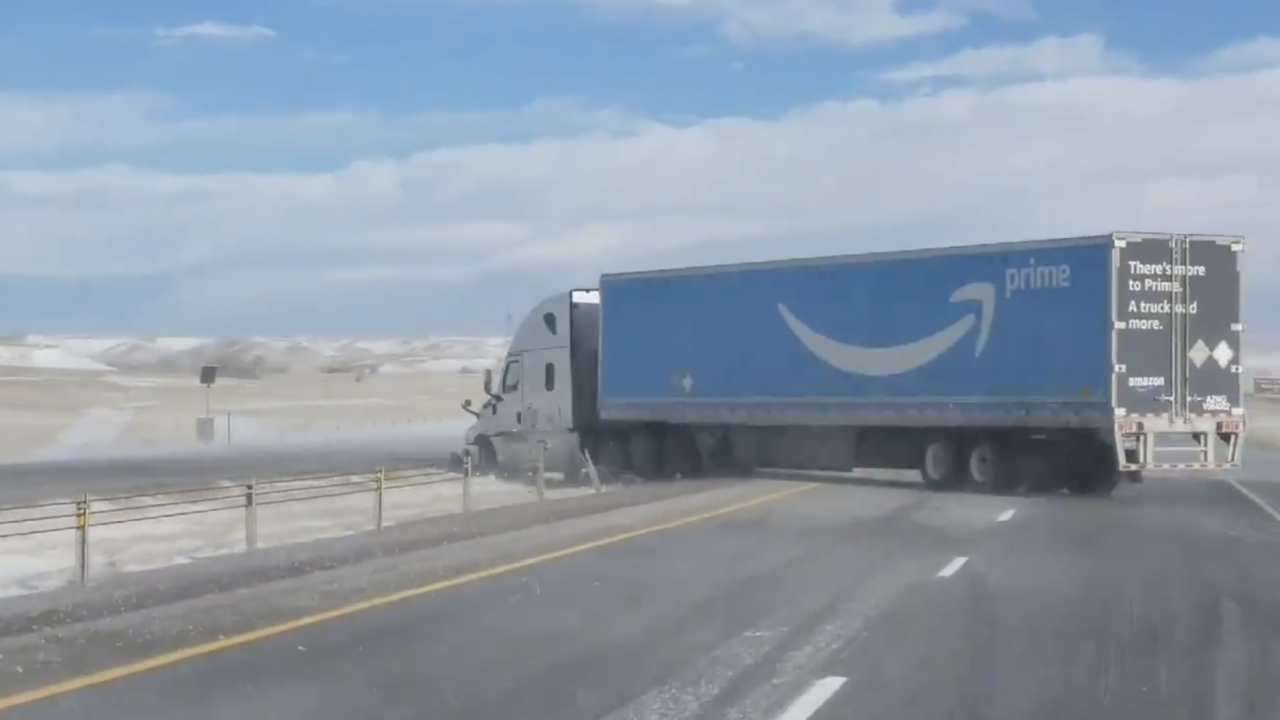 WELLINGTON, Colo. – The danger of driving in high winds was on full display Wednesday morning in northern Colorado.

Daryl Orr, a multimedia journalist with Scripps station KMGH in Denver, was driving behind an Amazon Prime delivery truck when it lost control in the gusty conditions and crashed on the median of Interstate 25, near the Colorado-Wyoming border. The truck took out a center guardrail, but the driver kept the trailer from tipping over.

The Colorado Department of Transportation later shut down the northbound lanes of I-25 at Wellington, just north of Fort Collins, due to the high winds and bad weather in Wyoming. The National Weather Service in Boulder issued a high wind warning in the area until 5 p.m. local time Wednesday, with winds up to 50 mph and gusts up to 80 mph.

Watch as this @amazon Prime truck loses control in front of me due to extreme high winds on I-25 on the Colorado/Wyoming border moments ago @DenverChannel @Denver7Traffic @abc pic.twitter.com/c8TZcXBrUL

While the I-25 corridor was dealing with extreme winds and blowing snow, further west, a snowstorm was moving into the northern-central mountains. Steamboat Springs was expected to get about a foot of snow, and more than two feet were expected in some of the mountain areas. Along I-70, Vail was also expected to get 8-12 inches in the storm.

This story was originally published by Ryan Osborne on KMGH in Denver.