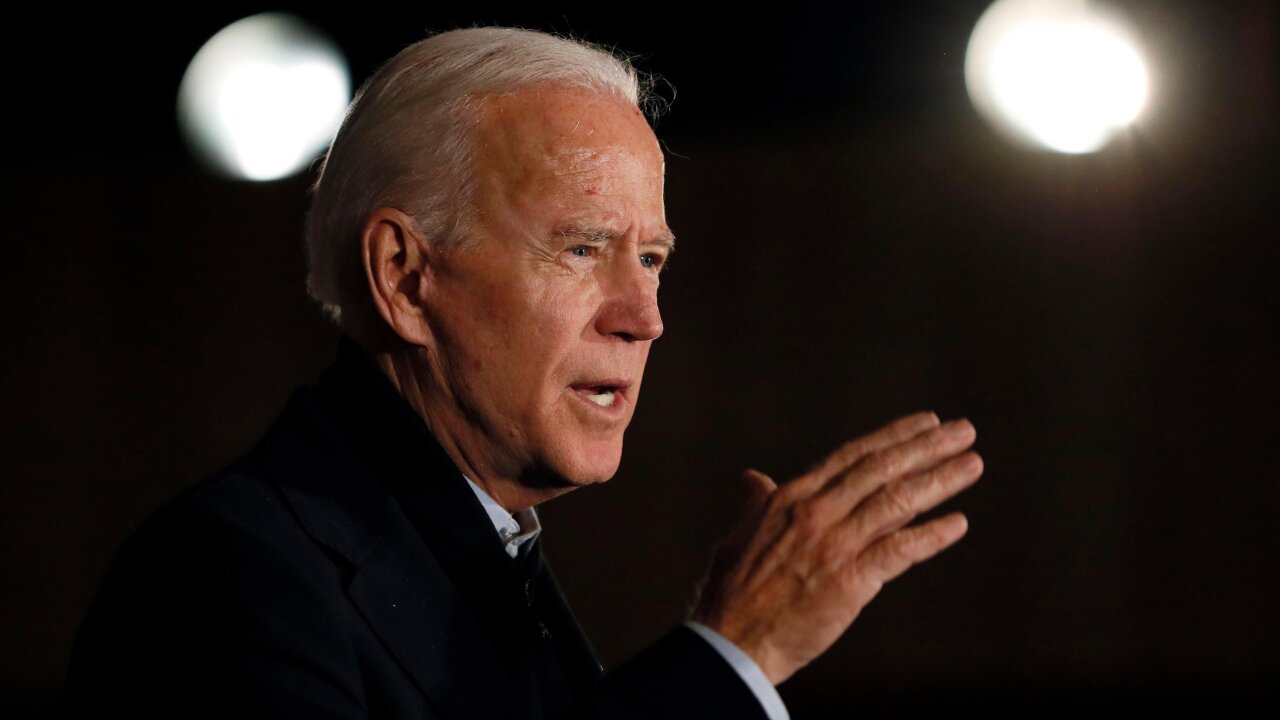 Former Vice President Joe Biden said Sen. Elizabeth Warren has an “elitist attitude” in a radio interview. He wrote on Medium that the Massachusetts senator is “condescending.” He told donors her 2020 Democratic campaign is based on a “my-way-or-the-highway attitude.”

Democratic presidential candidate Joe Biden on Saturday attempted to clarify his previous remark that he wouldn’t testify in a Senate impeachment trial, saying he would comply with whatever Congress “legitimately” asked of him.

“Well — I would honor whatever the Congress in fact legitimately asked me to do,” Biden told reporters at a campaign event in Tipton, Iowa.

The former vice president’s comments come one day after he reiterated to the Des Moines Register’s editorial board he wouldn’t comply with a subpoena “because it’s all designed to deal with (President Donald) Trump doing what he’s done his whole life — trying to take the focus off him.” Biden told the newspaper his testimony would enable the President to “get away” from the trial’s focus.

“If I went, let’s say I voluntarily, just said let me go make my case, what are you going to cover?” he asked, referring to the press. “You guys, instead of focusing on him, you’re going to cover for three weeks anything I said. And he’s going to get away.”

Biden first sought to clarify the comments earlier Saturday in a string of tweets, noting that “in my 40 years in public life, I have always complied with a lawful order.”

He added, though: “But I am just not going to pretend that there is any legal basis for Republican subpoenas for my testimony in the impeachment trial. That is the point I was making yesterday and I reiterate: this impeachment is about Trump’s conduct, not mine.”

“The subpoenas should go to witnesses with testimony to offer to Trump’s shaking down the Ukraine government — they should go to the White House,” Biden tweeted.

Republicans have threatened to call Democrats — including Joe Biden and his son, Hunter Biden — to testify in a Senate trial after the House impeached Trump earlier this month, accusing the President of abusing his power and obstructing Congress in relation to a Ukraine pressure campaign.

Biden’s comments in Iowa later Saturday didn’t amount to a full walk back of his remarks to the Des Moines Register. When asked if he would challenge a subpoena in court if he felt he didn’t have relevant facts to bring to the investigation, Biden replied, “I don’t think that’s going to happen to begin with. Let’s cross that bridge when it comes.”

He added: “I would in fact abide by the, whatever was legally required of me.”

Biden also maintained that the conversation over his compliance was a distraction from Trump’s conduct, which he said needs to be the focus of the Senate trial.

“I have no firsthand knowledge. There’s no basis to that. So my point was, there would be no basis upon which to call me as a witness to an event that in fact I cannot have any impact on,” he told reporters. “And the reason — the point I was making in the second part of the answer I gave you was, this whole idea is designed to take our eye off the ball.”

https://s3.amazonaws.com/cnn-newsource-image-renditions-prod/POL_BIDEN_SENATE_IMPEACHMENT_TRIAL/hypatia-h_d47dd71b2cef9e7acc6ac470e39e8cd5-h_d231e1160c6657250771b18a3009c7f1_thumbnail.JPG
Copyright 2020 Scripps Media, Inc. All rights reserved. This material may not be published, broadcast, rewritten, or redistributed.