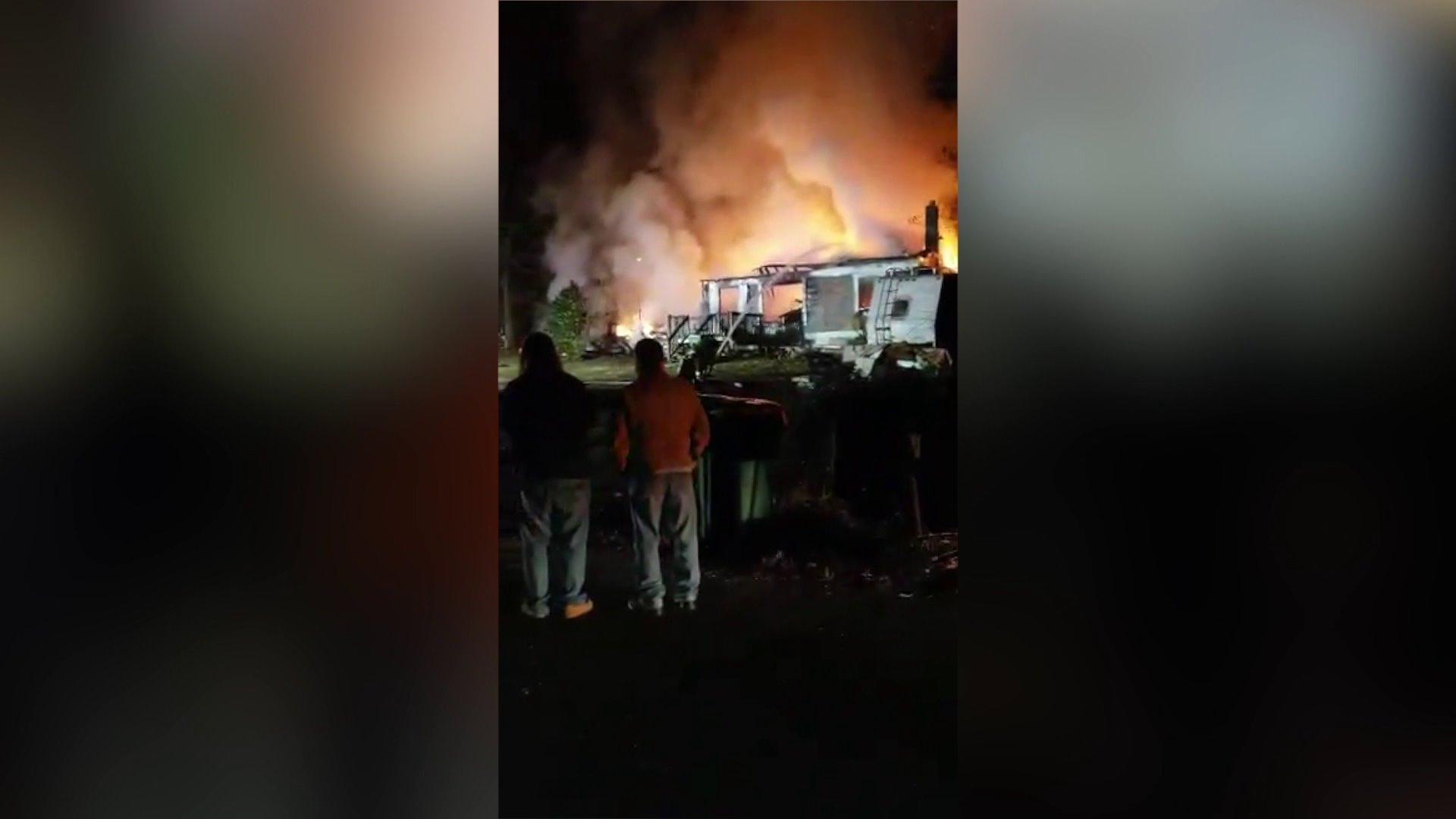 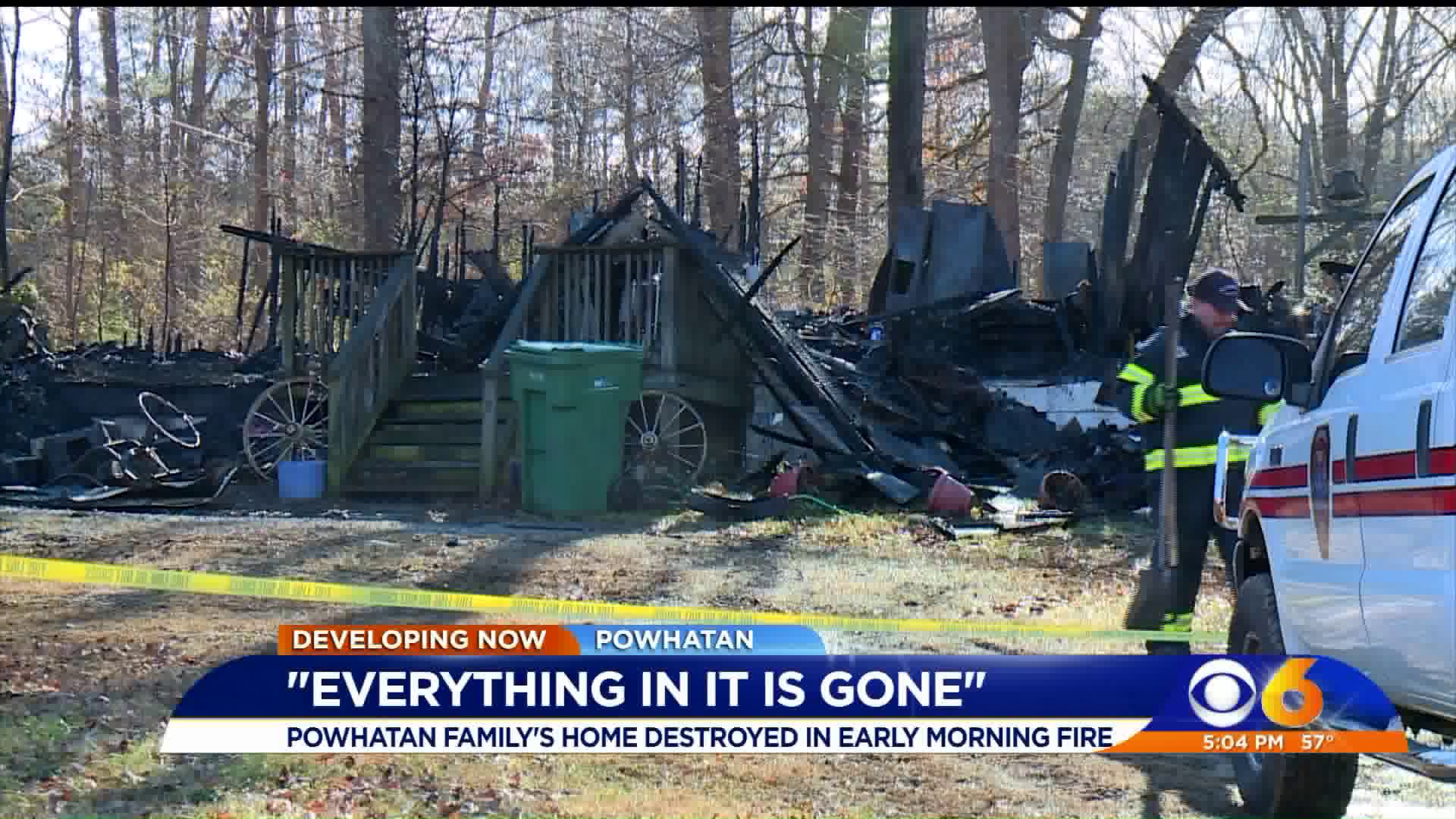 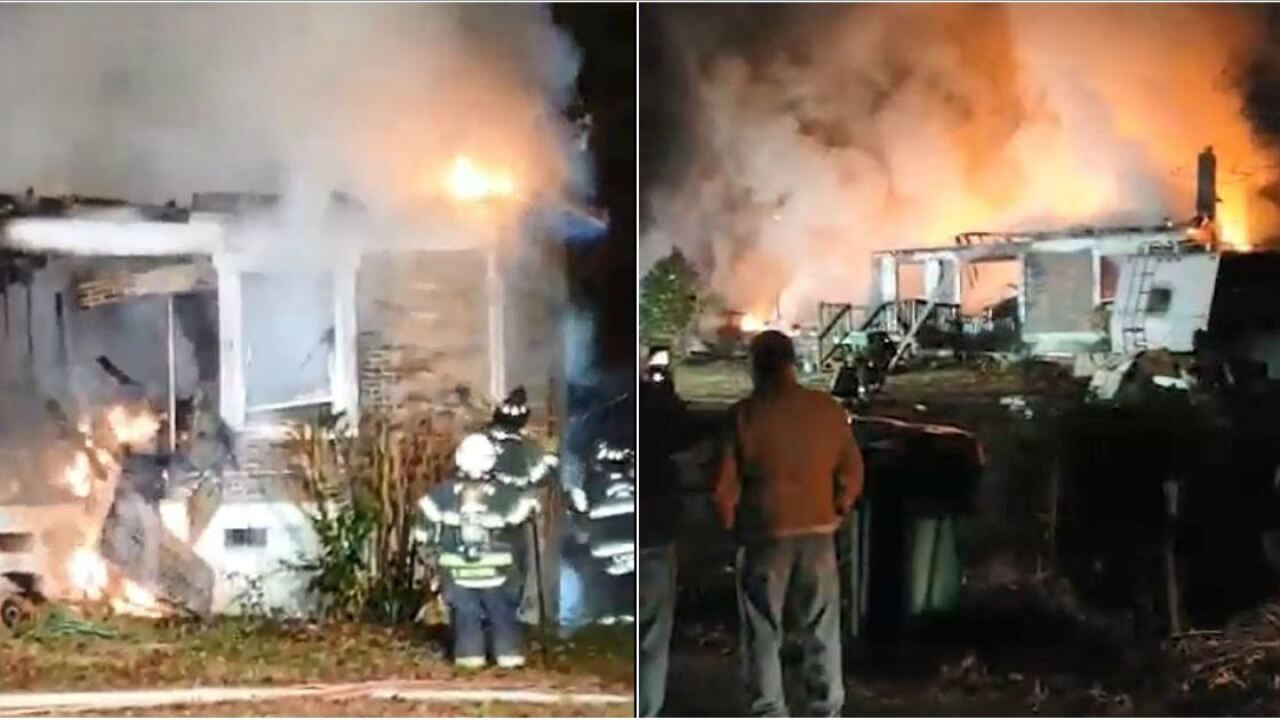 "Two huge explosion around 2:15 a.m. woke up most in the neighborhood and shook the house," Sonny Hirsch said.

When Hirsch went outside to see what was going on, he saw a neighbor's house on fire.

"I heard a boom and thought what in the world was that," neighbor Christopher Arnold said. "I looked out the bedroom window and said the roof was on fire at the neighbor’s house, she said what? Yeah, the roof is on fire."

The house was fully engulfed in flames by the time firefighters arrived.

“It was burning so hard I run out it was popping and cracking and 15 minutes later you could see fire coming across the roof more more more glass breaking and popping,” said Arnold. “I was worried the embers were going so high it was like 30 40 feet in the air.”

A grandmother, her daughter, and granddaughter were not home at the time of the fire, but the family said their three Pomeranians were. First responders have not located the pets.

“It’s gone completely, everything in it is gone, burnt scary, really scary,” said Arnold. “Right at Christmas too it’s terrible.”

The investigation into the cause of the fire remains on-going. The home is a total loss.

The Fire Marshal said the explosive sounds coming from the home were from medical oxygen tanks.

The American Red Cross has been called in to assist the family.