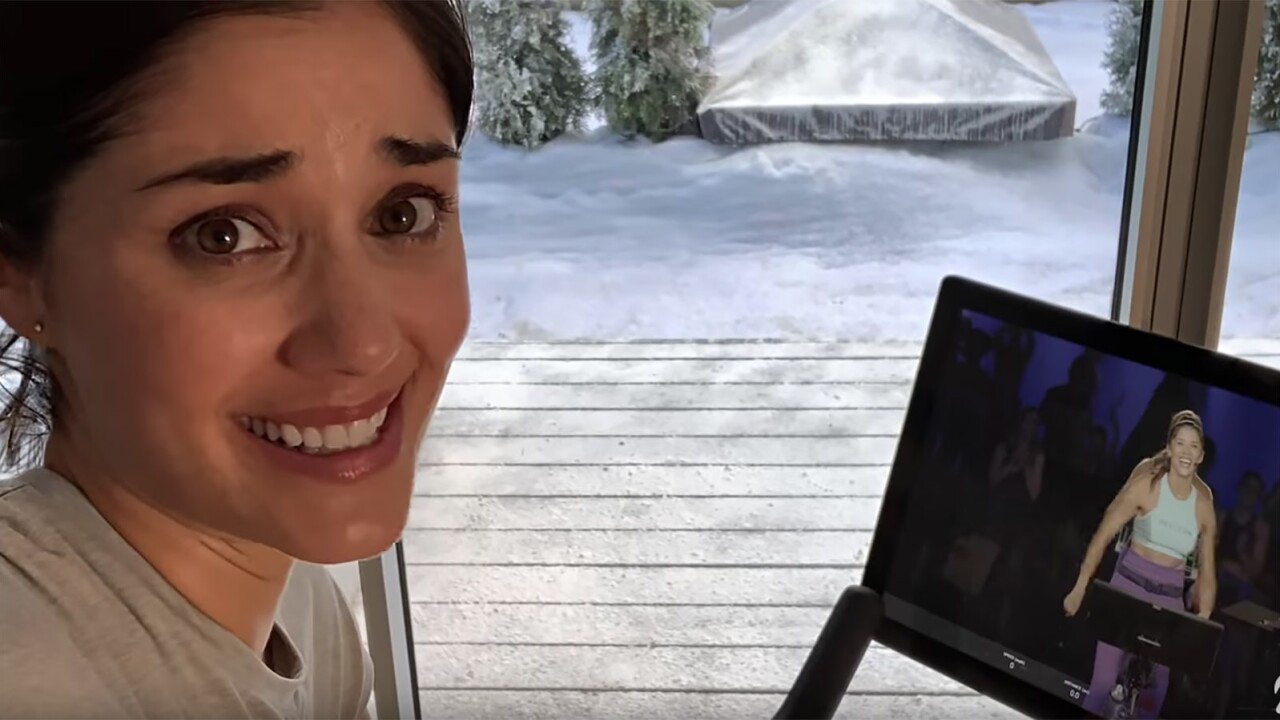 From the small screen to reality.

For Christmas, the actor in the viral Peloton ad says he gifted his real girlfriend … a Peloton bike.

“Here’s hoping this goes over better the second time,” Sean Hunter, who plays the husband in the ad, said in an Instagram post.

“Merry Christmas to my actual girlfriend (pls don’t leave me).”

Here’s hoping this goes over better the second time…. Merry Christmas to my actual girlfriend (pls don’t leave me)🎄🚲

The post was a tongue-in-cheek response to ad. which was met with unrelenting ridicule online.

The ad depicted a husband presenting the indoor bike to his wife, who then documents her year-long fitness journey.

Critics slammed the ad for sexism and peddling a negative body. The brand said people misinterpreted the inspired message behind it.

The woman in the ad also poked fun at the online reaction by starring in an ad for actor Ryan Reynolds’ Aviation Gin brand of distilled spirits. This time she ditches the bike for a cocktail where she toasts to new beginnings.