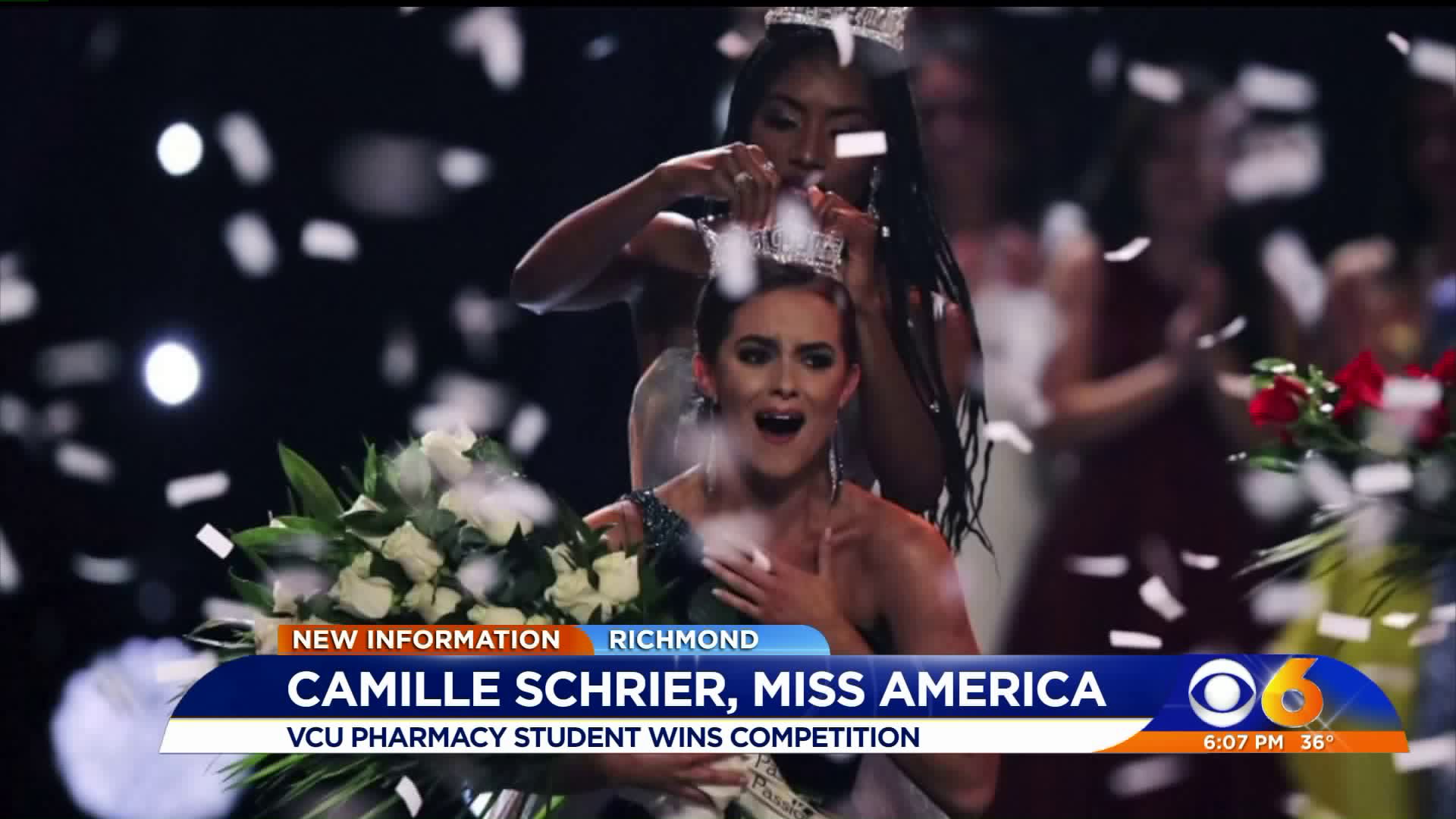 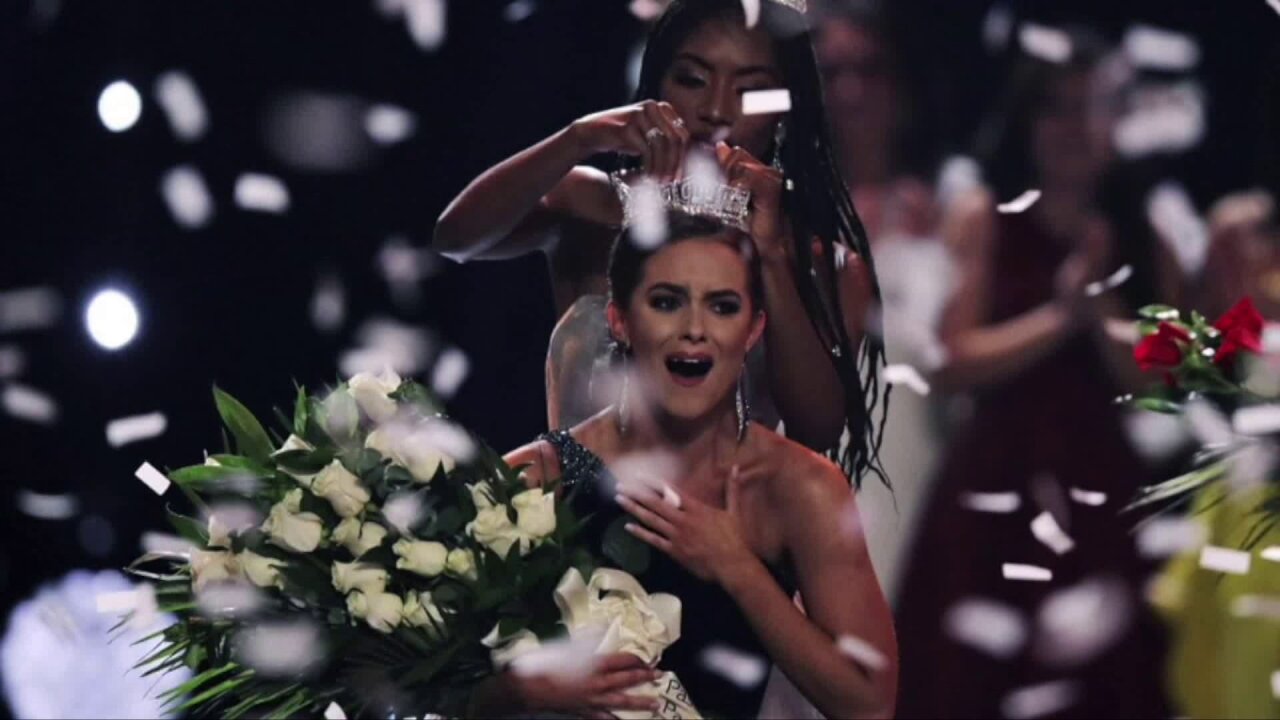 Dr. Kelechi Ogbonna, the Associate Dean for Admissions and Student Services at VCU's School of Pharmacy, recalled meeting her for the first time in 2017.

"She was a go-getter from the very beginning, incredibly articulate, but really focused on service, community and medication management overall," Ogbonna stated.

Then, Schrier was a Virginia Tech Hokie earning degrees in biochemistry and systems biology. Ogbonna recruited the 24-year-old to attend school in the River City.

"Camille has been a fantastic ambassador for our program," Ogbonna said. "Anytime she has the opportunity to talk about safe medication use, the opioid epidemic and her impact -- I think it’s fantastic."

Schrier was chosen by a panel of three celebrity judges over Miss Georgia Victoria Hill at the Mohegan Sun Earth Expo & Convention Center in Uncasville, Connecticut.

Schrier, who gave a chemistry demonstration on hydrogen peroxide during the talent competition, was crowned by 2019 Miss America Nia Franklin from New York.

"Camille’s demonstration is somewhat unconventional for Miss America and pageantry, in general" Ogbonna said. "But, I think that’s what makes it unique -- that’s what makes it special. Camille was able to show that her intellect and prowess and her focus on medication management can be combined in a really unique and interesting way."

Dr. Ogbonna saw the potential in the Pennsylvanian early on. She's now inspiring young girls to seek a career in science.

"[Her demonstration] replicates a lot of what we talk about in pharmacy school. Students are doing experiments about how medication can help and how they can harm," he explained. "I think it’s fantastic that folks are saying to their little girls or their girls are saying they want to be a scientist."

Schrier is expected to take another year off from school to focus on her new job as Miss America -- just like she did when she won Miss Virginia. VCU said when she's ready, they'll accept her with open arms.

"We are incredibly supportive of her," Ogbonna said. "She will have to take some time away, but I know she’s committed to coming back and finishing her degree."