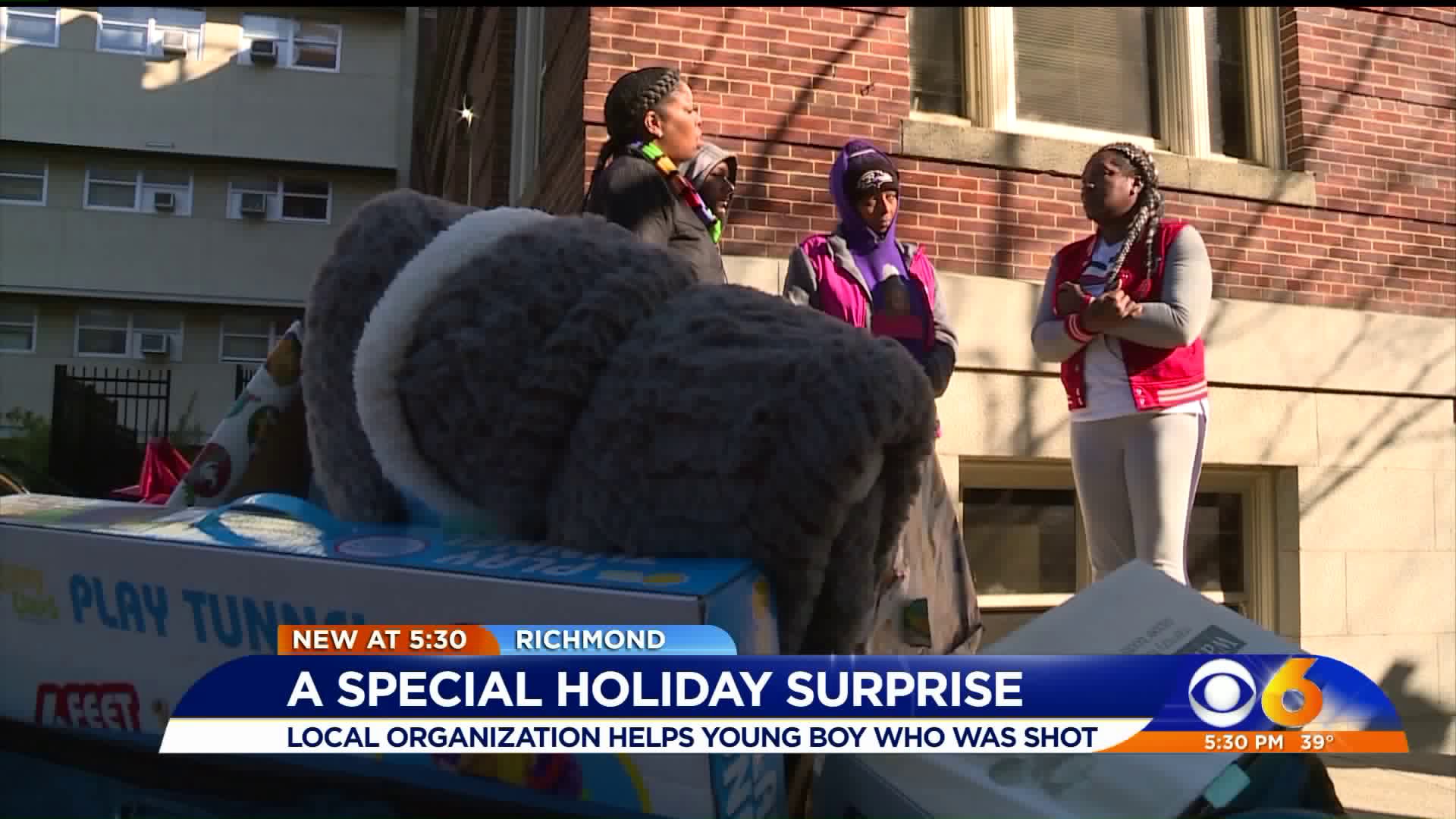 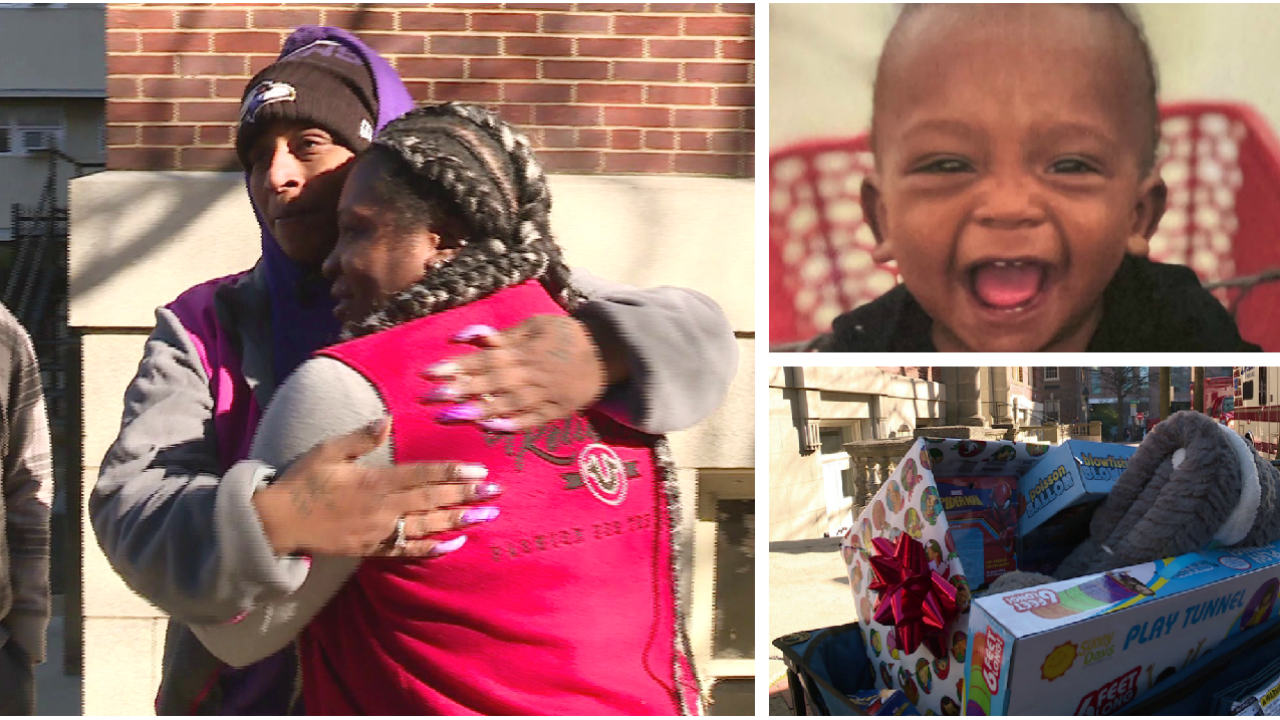 RICHMOND, Va. -- On the anniversary of her daughter's shooting death, the mother of 12-year-old Amiya Moses returned to the hospital where her daughter passed Thursday to deliver a gift.

Kele Wright wasn't alone. She came to VCU Medical Center with a basketful of toys, and friends that make up an organization called the Village Against Violence.

"Toys, walky-talkies, Spider-man, stuffed animals -- anything a kid would want for Christmas," said Wright as she unloaded boxes of toys from her car.

In their most recent outreach, the Village Against Violence held a toy drive to give needy children gifts for Christmas. But one particular child wasn't at that drive.

"When I heard about the story with the two-year-old I said 'okay, we have to do something," said Shavon Ragsdale, founder of the organization. "We have to bring Christmas to VCU."

That two-year-old is Lavier Robinson. He recently survived a gunshot to the head in a drive-by shooting while standing in the doorway of his Winston Street home.

"He just collapsed right in front of me," said grandmother, Harneatha Atkinson. "Nothing's really going to ever be the same."

Atkinson said she was in the middle of putting up the Christmas tree when it happened. Then immediately rushed her baby to the hospital -- where she's been at his bedside ever since.

"He’s a strong baby. He’s a fighter," said Atkinson. "And I’m not going to let nobody take that away from him."

For Wright, hearing Lavier's tragic story, was like a flashback.

It was a shooting not all that different than the one that put Lavier Robinson in the same hospital. Amiya Moses had just turned 12 when she was shot outside a Northside apartment in Richmond.

"Today makes four years," said Wright. "Actually at 10:54 tonight will make four years that my daughter has been taken away from me."

In the same place, four years later, Wright came back to help a stranger in need. She and the Village Against Violence not only delivered toys for Lavier Robinson, but for his two sisters too. And they didn't forget about grandma either.

"We thought about you. We want you to be comfortable," said Ragsdale as she handed Atkinson a blanket and pair of slippers.

"Y'all put a smile on my face," said Atkinson, with tears in her eyes.

Wright said she wants Atkinson and other families going through something similar to know they're not alone.

"I’m not going to lie when it happened (to me), I was alone. I was truly alone," said Wright. "So you’re not alone in this. You have somebody out here who feel your pain."

She added that she wants these acts of kindness to keep her daughter's name alive. Amiya Moses.

"I don’t want anyone to forget the tragedy that happened because it's still happening every single day."

But on the anniversary of that tragedy, four years later, the Village Against Violence offers gifts, prayers, and celebrates a miracle. A two-year-old shot in the head -- alive.

"We’re hurting, but we can’t bring her back," said Ragsdale. "The most that we can do is continue to help others in a similar situation. That’s what we’re going to continue to do."