Pelosi responds to Trump mocking Dingell: ‘Let us pray for the President’ 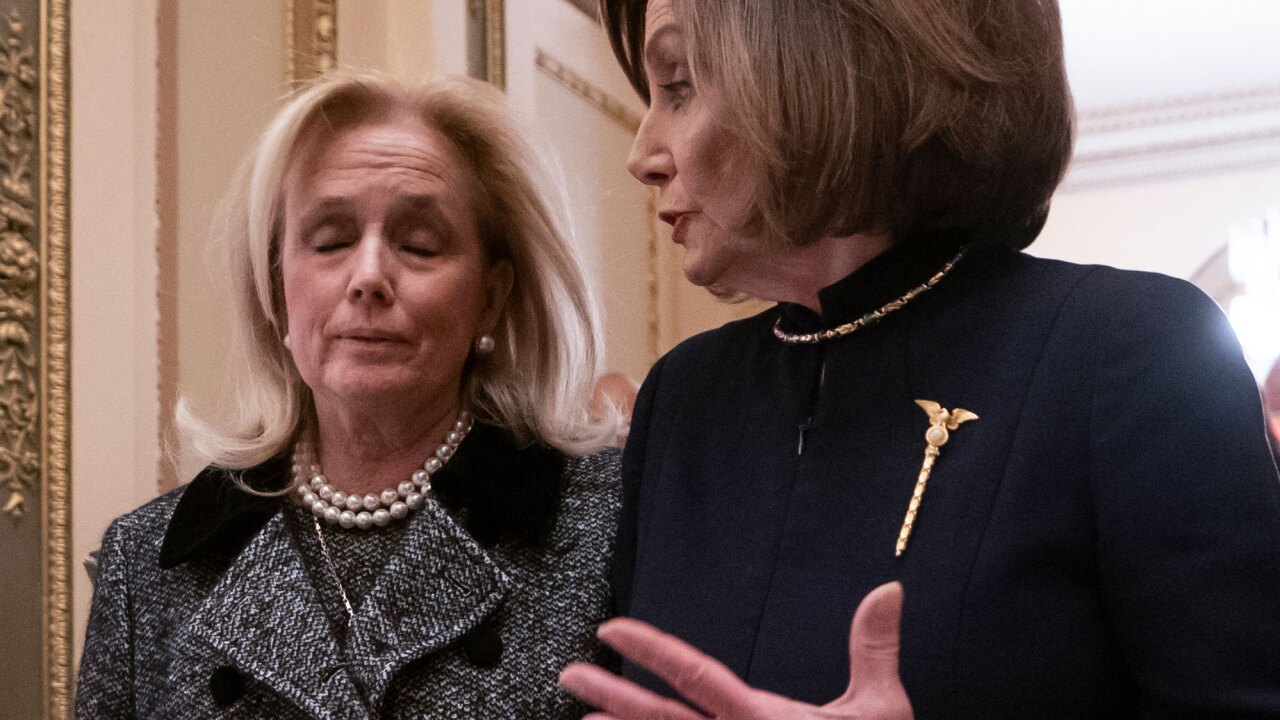 Speaker of the House Nancy Pelosi, D-Calif., holds hands with Rep. Debbie Dingell, D-Mich., as they walk to the chamber as the Democratic-controlled House of Representatives begins a day of debate on the impeachments charges against President Donald Trump for abuse of power and obstruction of Congress, at the Capitol in Washington, Wednesday, Dec. 18, 2019. (AP Photo/J. Scott Applewhite)

Asked about the President’s insinuation at a rally in Michigan last night that the late congressman is “looking up” from hell, Pelosi was somber, saying, “Let us pray for the President,” and adding that Trump “clearly is insecure.”

“Let us pray. Let us pray for the President. The President clearly is insecure when it comes to statespersons, whether it was John McCain — think of what he said about John McCain, and his supporters just overlooked that. John McCain, now John Dingell,” Pelosi said, referring to the President’s repeated attacks on the late Republican senator from Arizona who was often critical of Trump while serving in the Senate.

“What the President misunderstands is that cruelty is not wit,” Pelosi said, “Just because he gets a laugh for saying the cruel things that he says, doesn’t mean that he’s funny.”

Trump’s comment about John Dingell, the longest-serving congressman ever, fell mostly flat on a crowd in an important swing state that has long revered the former dean of the House. John Dingell, who died in February, was an iconic figure in Michigan who was admired across party lines, and was one of the most popular political figures in the state during his lifetime.

The President’s attack has drawn rebuke across party lines with several Republican lawmakers criticizing Trump over it.

Republican Rep. Fred Upton of Michigan called on the President to issue an apology following the remarks.

“I’ve always looked up to John Dingell – my good friend and a great Michigan legend. There was no need to ‘dis’ him in a crass political way. Most unfortunate and an apology is due,” Upton tweeted on Wednesday evening.

Republican Rep. Dan Crenshaw of Texas tweeted on Thursday, “Merry Christmas Debbie, you deserve to be able to heal in peace. Those comments were totally unnecessary.”

“I think he made a great contribution to America,” McCarthy said. “I considered him a friend.”