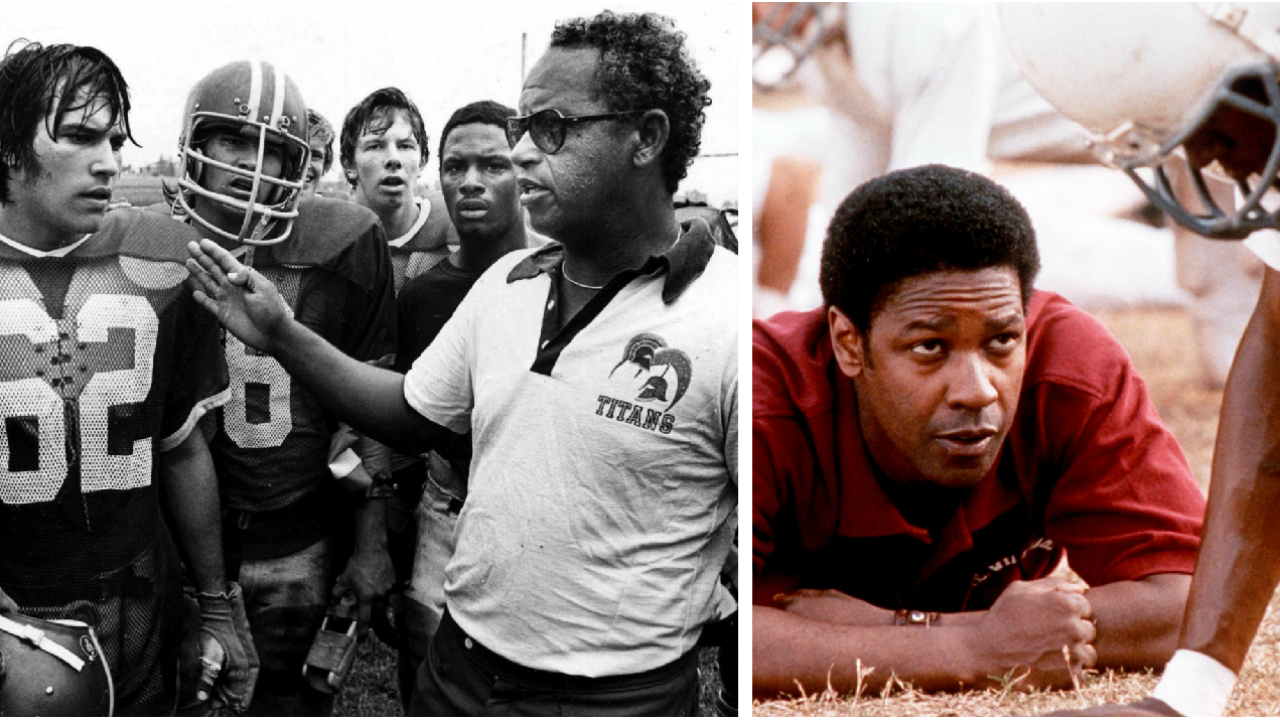 Herman Boone, the tough, no-nonsense high school football coach played by Denzel Washington in “Remember the Titans,” has died. He was 84.

Boone passed away Wednesday after a battle with cancer, surrounded by friends and family, Alexandria City Public Schools confirmed.

The coach will be forever remembered for leading a team of white and black football players during the integration of Alexandria’s high schools. His persona as an assertive, rallying force was immortalized in the Disney movie from 2000.

“He touched many lives and hearts across the world. He was inspirational for so many people, including me as one of his former students. Alexandria City Public Schools was fortunate to have him as an icon at such a critical time in our history. He will be dearly missed,” Superintendent Gregory C. Hutchings Jr. said in a statement.

Denzel Washington said the movie tried to emphasize the athletes as much as the coaches.

In 1971, at a time of lingering racial turmoil, the Alexandria school board decided to integrate the upper grades of two all-white high schools with T.C. Williams, which had all black students, according to ACPS.

Boone was the school’s first African American head coach, the school district said. He met obstacles early on, working alongside another legendary coach.

The school hired Bill Yoast, who was white, as the team’s defensive coach. Yoast was the coach at Francis C. Hammond High School, where 99% of its students were white, according to The Free Lance-Star newspaper in 1971.

Boone and Yoast pulled the players together, coaching the undefeated team to be the best in the state that year, the district said. The coaches brought together the divided city to support the integrated football team.

“We thought it was a joke, but it ended up to be better for Alexandria than Brown vs. Board,” Boone told ACPS in May. “We were as different as night and day. But he and I found a way to talk to each other and trust each other. In the end, he was the best friend I ever had.”

Yoast, played by Will Patton in the movie, died this year in May, the district said. He was 94.

Everything in life tied back to football for Boone, the school district said.

Boone’s former players remembered him as someone who demanded attention.

“He didn’t need to say anything. He just looked at you and that look said it all,” said Wayne Sanders, a running back for the 1971 Titans. “There was no denial in what he was saying. He meant what he said, and he said what he meant.”

“He was there to teach, to lead, to guide and prepare young men to go out into the world and do great things,” Sanders said in a school district statement.

Everything in life could be related back to football and that was something 1973 Titans starting quarterback Kenny White learned the hard way.

He remembers running to get his gear before a game against Herndon as the bus engines started. The clock was ticking, and the players were told to be at the buses by 4:59 p.m.

“One of the biggest things he taught me was to be on time and be responsible. If it weren’t for the athletic director who drove past and saw me standing on the side of the road with my gear, I wouldn’t have made the game,” he said.

Coach Boone’s 1971 championship team remembered him being “all about business,” the district said. When he wasn’t on the field, he enjoyed being on his boat.

Boone was a father of three. He is survived by two daughters. His wife of 57 years, Carol, passed away in March.

A memorial service at the school is planned, but a date has not been released yet.