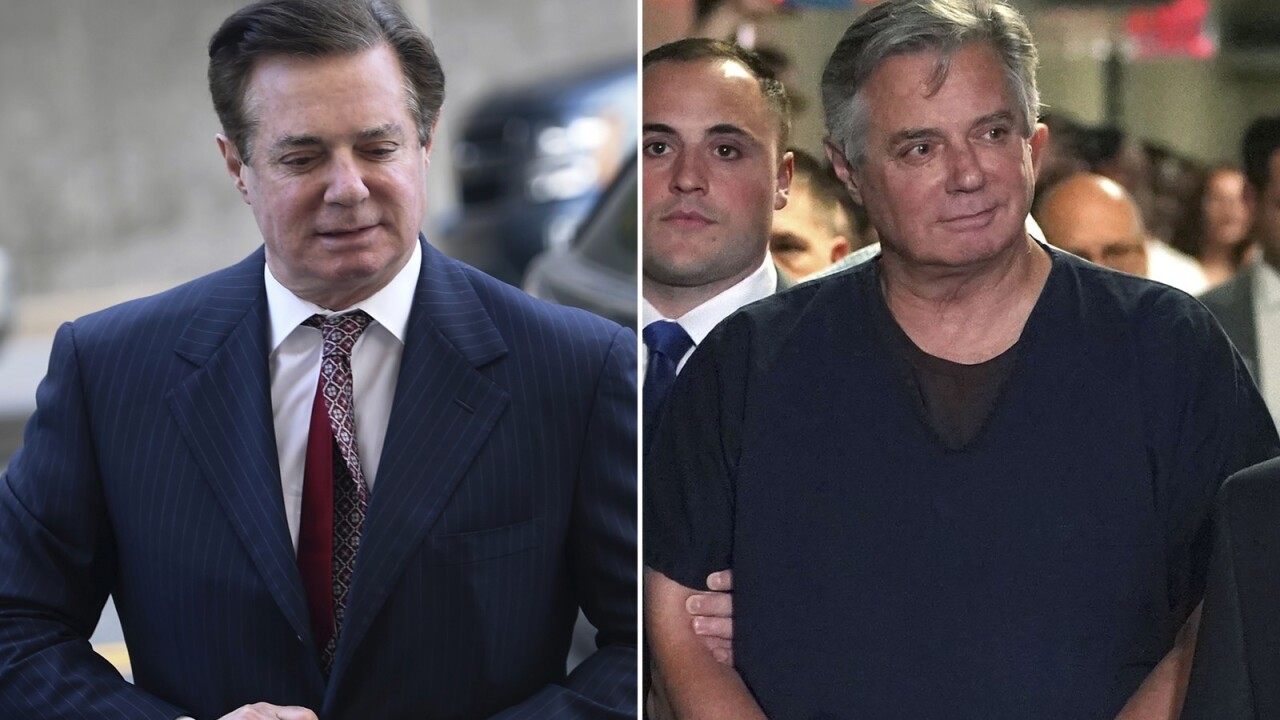 “The law of double jeopardy in New York state … provides very narrow exceptions for prosecution,” Justice Maxwell Wiley said in court, citing the principle that an individual can’t be tried twice for the same conduct. “The indictment is dismissed.”

Manafort is currently serving a seven-and-a-half-year federal sentence for financial crimes that stemmed from special counsel Robert Mueller’s investigation. He was admitted to the hospital last week while in prison after suffering a heart ailment, and he didn’t appear in court Wednesday. His lawyer said Manafort was in stable condition.

“This indictment should never have been brought, and today’s decision is a stark reminder that the law and justice should always prevail over politically motivated actions,” said Todd Blanche, Manafort’s attorney.

He had pleaded not guilty to the New York charges, which included residential mortgage fraud and falsifying business records.

The state charges came in March, after Manafort had been charged twice on the federal level as part of the Mueller investigation. He went to trial in one federal case, where the jury convicted him on some counts and was deadlocked on others. He then pleaded guilty to some charges in the second case, after which a judge dismissed the remaining counts against him in the first case.

New York state prosecutors had argued that the counts on which the jury was hung counted as charges on which Manafort hadn’t been previously prosecuted and therefore weren’t barred by double jeopardy.

In his written decision filed Wednesday, Wiley found that the counts on which the jury was hung in Manafort’s first federal trial counted as previous prosecutions.

Those counts “were not dismissed because of a legal defect in the indictment or because of any appellate directive,” the judge wrote. “Instead, the dismissal was premised upon the government’s motion stemming from a plea agreement in the Second Federal Indictment after a hung jury on the Federal Indictment.”

The double jeopardy exception requires that the charges in the federal and state cases be aimed at remedying “very different kinds of harm or evil,” and the judge found that wasn’t the case with Manafort.

The Manhattan district attorney’s office said it would appeal the ruling. “We will appeal today’s decision and will continue working to ensure that Mr. Manafort is held accountable for the criminal conduct against the People of New York that is alleged in the indictment,” said spokesman Danny Frost.