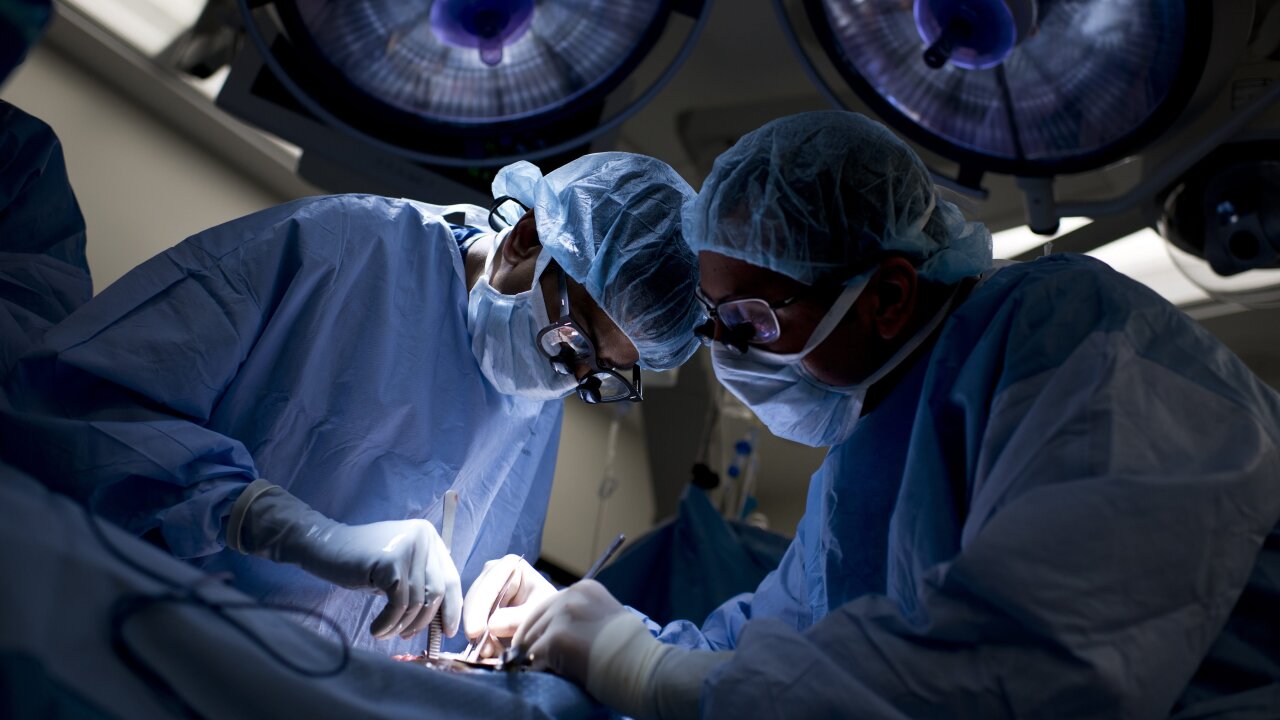 The Trump administration announced a proposed change to rules it hopes will radically transform the kidney donation system in the United States.

The Trump administration announced a proposed change to rules it hopes will radically transform the kidney donation system in the United States resulting in 5,000 more organ transplants a year.

Almost 8,000 Americans die while waiting for a kidney or other organ for transplant, according to HHS. That breaks down to 20 people dying every day. Today, there are more than 95,000 people on the kidney waiting list, and about 3,000 people are added to the wait list each month.

Of the 100,000 Americans who start dialysis each year, 50% die within five years. Yet 1 in 5 kidneys donated in the United States ends up in the trash, in large part due to a system that disincentivizes the transplant of some organs, according to the Trump administration.

“Unfortunately, today, and for decades, we haven’t done everything we can to procure organs from deceased donors, and we haven’t been providing enough support for living donors,” Azar said at a press conference Tuesday.

The administration wants to make the donation system more transparent and accountable, and the new rules are expected to reduce barriers and encourage more transplants from living donors, the agency said.

Currently, those evaluations rely on self-reported data that’s hard to verify. The reporting process also varies from one organization to another, according to Seema Verma, administrator for the US Centers for Medicare and Medicaid Services, who spoke at Tuesday’s press conference.

The current metrics are also “riddled with exclusions,” according to Verma, which means OPOs “exclude all but organs from perfect candidates.”

The new system would instead rely on independent data from the CDC that CMS would then use to calculate two measures to evaluate an organ procurement organization.

“Imperfect organs” are kidneys that are viable but may come from an older patient or a patient who has high blood pressure. These organs are often discarded in the United States, but are viable and if donated in another country, would likely be transplanted.

A 2019 study found that about 20% of kidneys donated in the United States were discarded. In comparison, France threw out only about 9% during the time period of the study.

With advances in science, many of these organs work well, studies show. Under the new system, patients would still be able to learn about the quality of the organ and they’d be able to decide with their doctors if they wanted to proceed.

“For countless patients, an imperfect organ is better than no organ at all,” Verma said. “And for someone on a waitlist, that may be the difference between life and death.”

“OPOs work every day to maximize organ donations and bring lifesaving organs to those on the transplant waiting list,” Kelly Ranum said in a press release. Ranum is president of the Association of Organ Procurement Organizations, an association that represents 58 federally designated OPOs.

“An independent, verifiable metric for evaluating OPO performance can be an important tool, helping to identify potential opportunities for growth in OPOs’ quest for continual improvement. We look forward to working with CMS on implementation of the rule and ensuring the metric is used to drive the changes everyone in the donation and transplantation community wants to see, ” Ranum said.

There would be no penalties under the new system, but rather than wait four years to reassess the OPOs, the new system would help centers identify weaknesses and figure out ways to correct the process annually. The government would make these evaluations public and would highlight if the OPO fell outside the top 25% in donation and transplantation rates.

If a center performed poorly, it could be decertified, but the administration said it would be replaced by a better performing one, so no area of the country is left without an OPO.

Dr. Emily Blumberg, a transplant infectious disease specialist and president of the American Society of Transplantation, said the US system has room for improvement and they welcome any policy that can improve the system, but she said she is a “little concerned” that the metrics proposed may not be the “optimal measure.” She wants to make sure the changes don’t stop the progress they’ve seen recently in an increasing number of people who donate organs.

“I think we all have the same goal in mind to help the most people we can possibly help. Everyone’s intentions are made clear, but it is a more complicated system,” Blumberg said. The “right interlocking pieces of the system” will need to be addressed and she said the association looks forward to talking with the administration during the public comment period to make sure the right process will be put in place.

The new system would cover more expenses for the living donor, including lost wages and would possibly reimburse donors for child and eldercare.

“When an American wishes to become a living donor, we don’t believe their financial situation should limit their generosity,” Azar said.

The announcement is “an important milestone” that delivers on President Donald Trump’s executive order that he signed in July, Joe Grogan, director of the Domestic Policy Council, said at Tuesday’s press conference. The order promised to double the number of kidneys available for transplant by 2030 and reform kidney care.

In July, President Trump’s executive order also promised to reduce the number of end-stage renal disease patients by 25% by 2030.

More than 37 million Americans have kidney disease, by some estimates 96% don’t know they have problems, according to the US Centers for Disease Control and Prevention. Often patients find out too late when it is at a critical stage and they need dialysis or a transplant.

The National Kidney Foundation said it applauds the new proposed rules on expanding reimbursement for living donors and will work with the administration to address how best to implement the new rules.

“NKF has long advocated for reducing unnecessary kidney discards, improving transparency in the organ procurement process and increasing overall transplant rates,” the organization said in a release. “Many of these recommendations are reflected in the Administration’s proposed revisions to the Organ Procurement Organization (OPO) Conditions for Coverage (CfCs).”