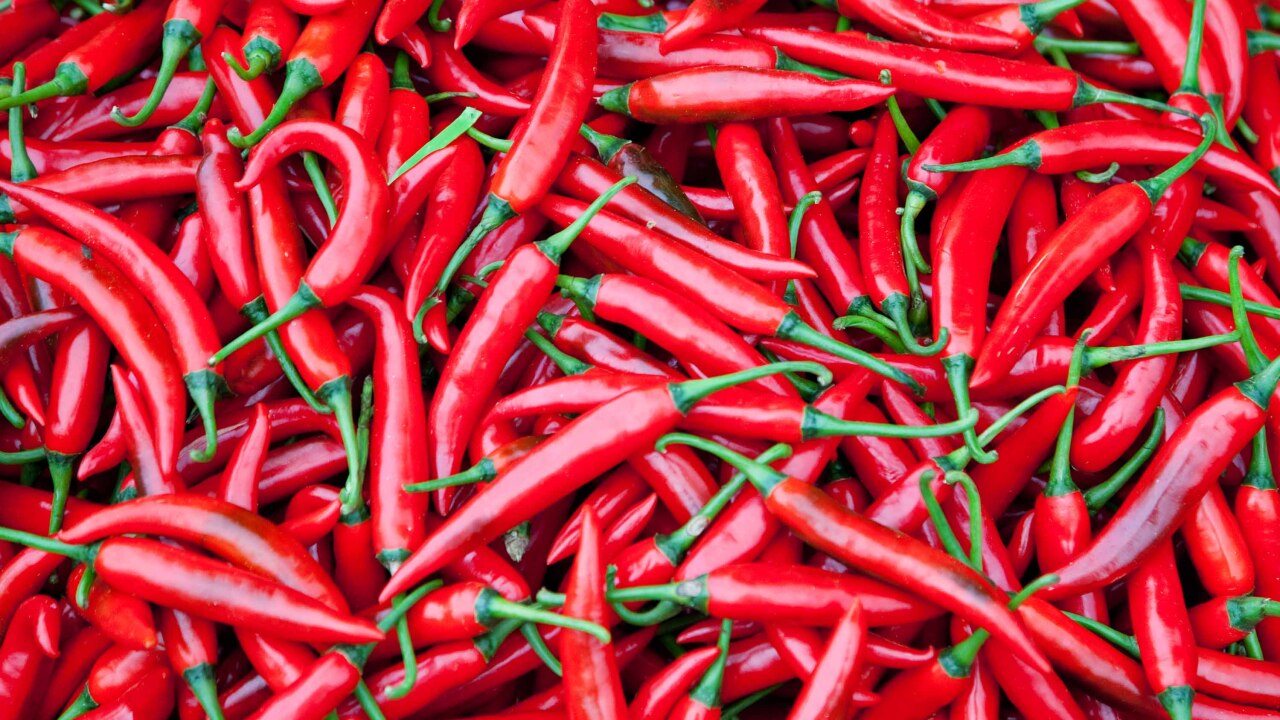 That delicious penne all’arrabiata may have benefits that go further than putting a smile on your face, according to a new study.

For many years, chili has been hailed for its therapeutic properties, and now researchers have found that eating chili peppers regularly can cut the risk of death from heart disease and stroke.

Carried out in Italy, where chili is a common ingredient, the study compared the risk of death among 23,000 people, some of whom ate chili and some of whom didn’t.

Participants’ health status and eating habits were monitored over eight years, and researchers found that the risk of dying from a heart attack was 40% lower among those eating chili peppers at least four times per week.

Death from stroke was more than halved, according to results published Monday in the Journal of the American College of Cardiology.

“An interesting fact is that protection from mortality risk was independent of the type of diet people followed,” said study lead author Marialaura Bonaccio, an epidemiologist at the Mediterranean Neurological Institute (Neuromed).

“In other words, someone can follow the healthy Mediterranean diet, someone else can eat less healthily, but for all of them chili pepper has a protective effect,” she said.

The research uses data from the Moli-Sani study, which has around 25,000 participants in the Molise region of southern Italy.

Licia Iacoviello, director of the department of epidemiology and prevention at Neuromed and a professor at the University of Insubria in Varese, explained that the beneficial properties of chili had been passed down through Italian food culture.

“And now, as already observed in China and in the United States, we know that the various plants of the capsicum species, although consumed in different ways throughout the world, can exert a protective action towards our health,” said Iacoviello.

The team now plans to investigate the biochemical mechanisms that make chili good for our health.

External experts praised the study while pointing out some limitations.

Duane Mellor, a registered dietitian and senior teaching fellow at Aston Medical School in the UK, said the paper is “interesting” but “does not show a causal link” between chili consumption and health benefits.

Mellor said the positive effect of chili consumption observed in the study could be attributed to how the peppers are used in an overall diet.

“It is plausible people who use chillies, as the data suggests also used more herbs and spices, and as such likely to be eating more fresh foods including vegetables,” he said.

“So, although chillies can be a tasty addition to our recipes and meals, any direct effect is likely to be small and it is more likely that it makes eating other healthy foods more pleasurable.”

However, he also pointed out that no mechanism for the protective effect was identified, nor did scientists find that eating more chili provided additional health benefits.

“This type of relationship suggests that chillies may be just a marker for some other dietary or lifestyle factor that hasn’t been accounted for but, to be fair, this kind of uncertainty is usually present in epidemiological studies, and the authors do acknowledge this,” said Johnson.