Military dad surprises brothers at wrestling match: ‘I was in disbelief’ 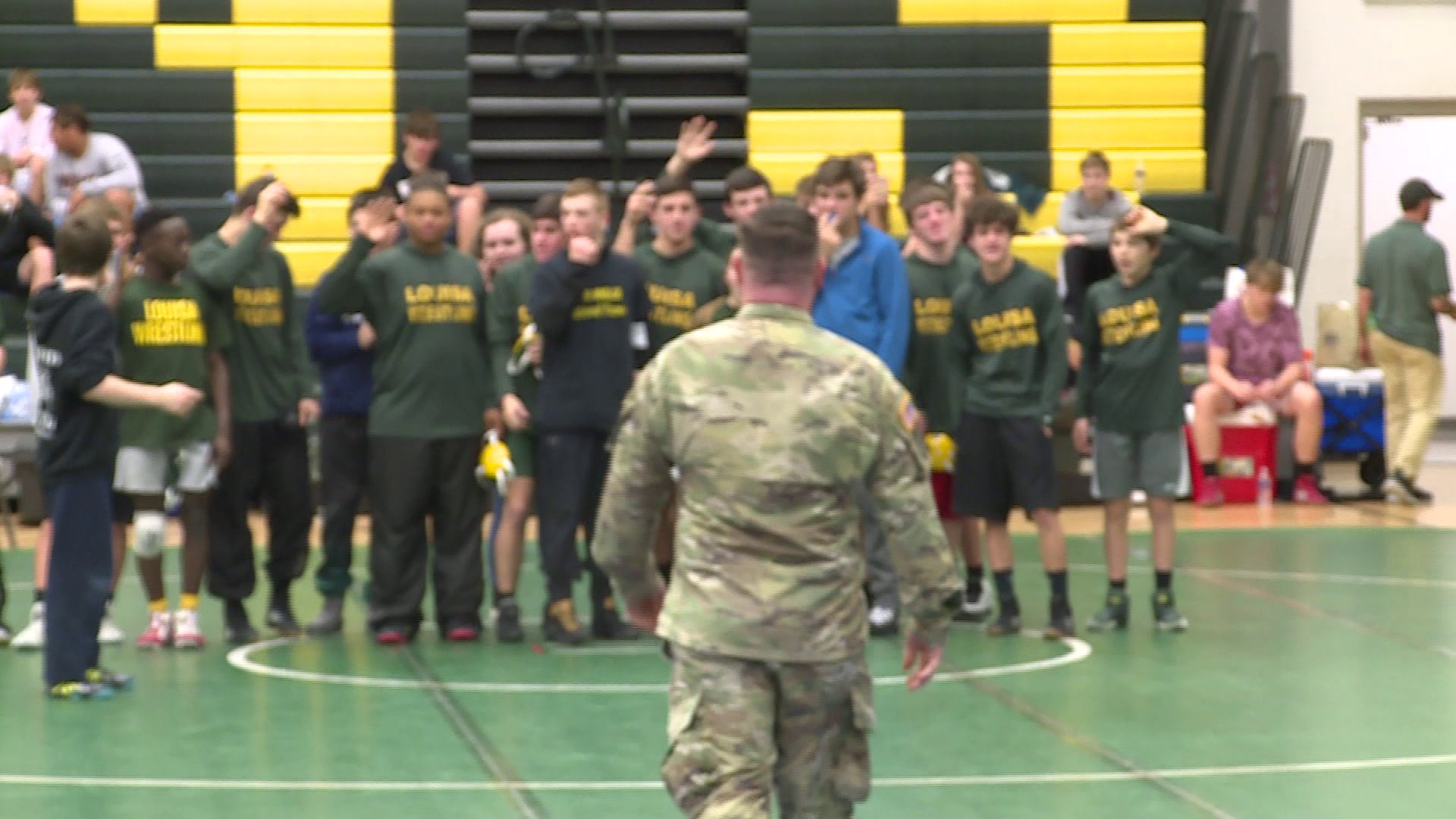 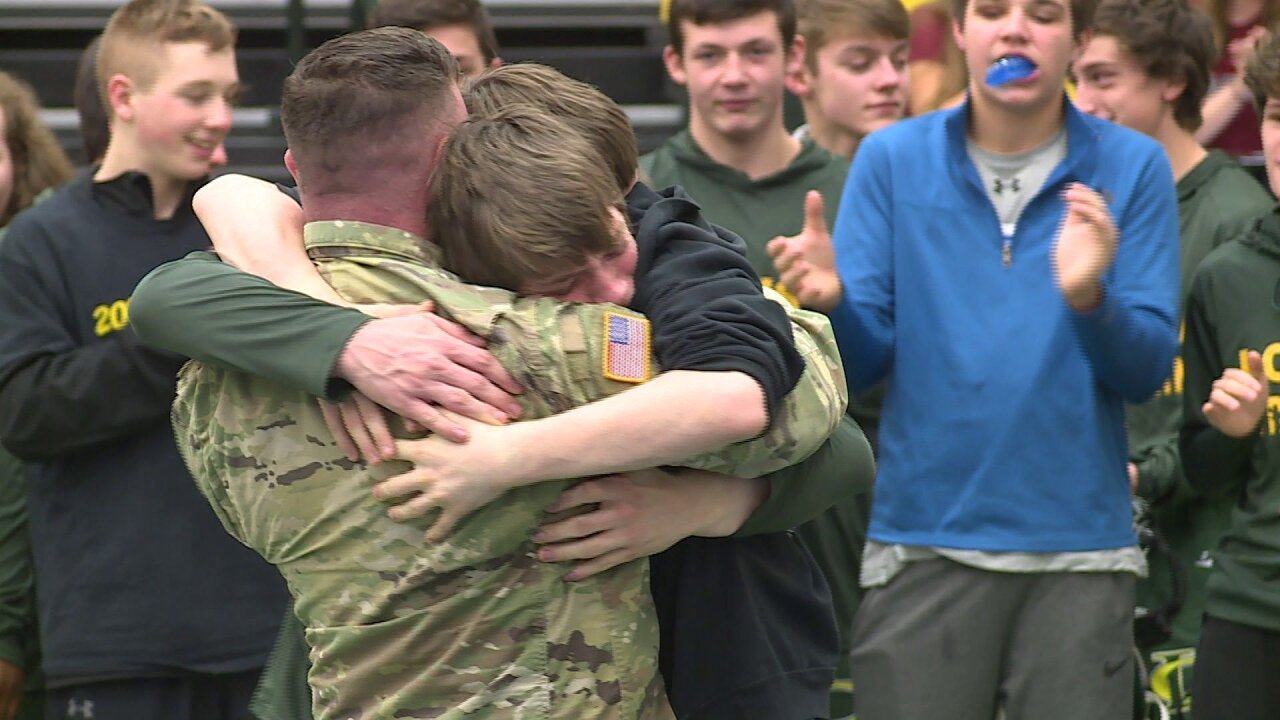 LOUISA COUNTY, Va. -- Two Louisa County High School students taking part in a wrestling tournament Saturday were stunned to discover their father, who had been serving overseas for a year, was waiting for them on the sidelines.

Army Staff Sgt. Robert Torbush surprised his sons, wrestlers Nick and Tyler, during their first home tournament of the season.

“Personally, I was in disbelief,” Tyler Torbush, a freshman at Louisa High, said. “I didn’t realize that he was going to be home.”

The father of seven has been stationed in Korea for just over a year.

“Three-hundred-sixty-six days. My wife counted every single one,” Staff Sgt. Robert Torbush said. “Brought me back to when they were a lot younger and I returned home from a yearlong deployment in Iraq.”

After the surprise, Staff Sgt. Torbush got to see Nick win his match.

“I pulled a muscle in my chest, so anytime I put chest pressure on a person it, kind of hurts,” Nick Torbush said. “But with him being in that crowd, I just ignored that, put that aside and got that done.”

Welcome home, and thank you for your service, Staff Sgt. Torbush! 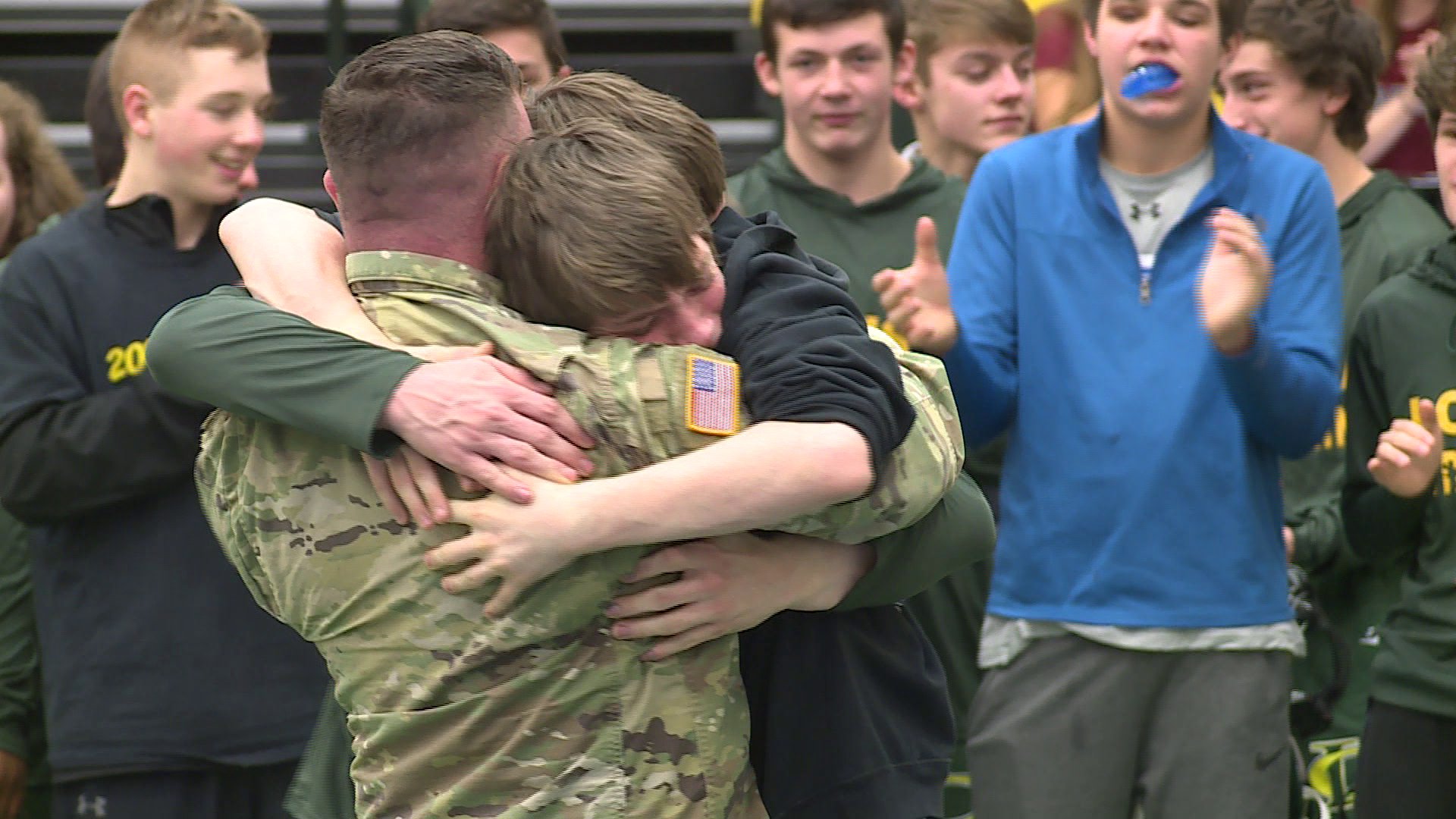