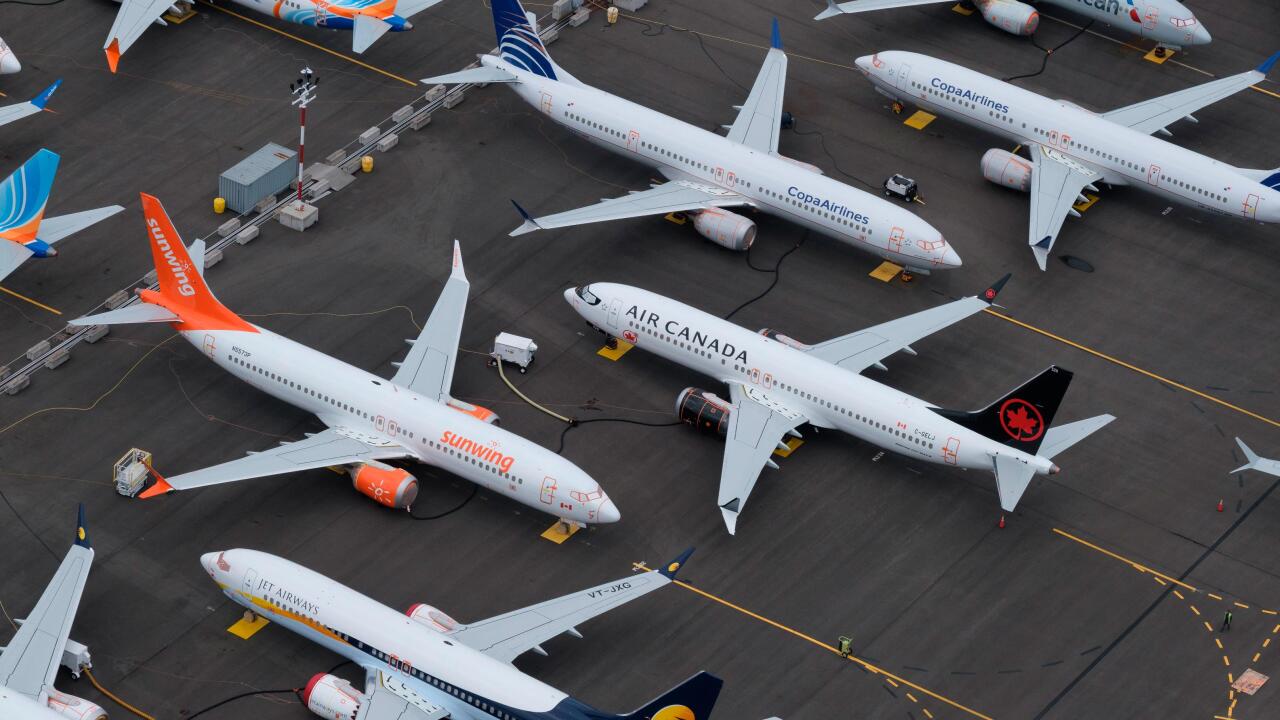 SEATTLE, WA – JUNE 27: Boeing 737 MAX airplanes are stored in an area adjacent to Boeing Field, on June 27, 2019 in Seattle, Washington. After a pair of crashes, the 737 MAX has been grounded by the FAA and other aviation agencies since March, 13, 2019. (Photo by Stephen Brashear/Getty Images)

A government analysis after the first Boeing 737 MAX crash last fall found the jets were at a significant risk for future crashes, but the agency did not ground the planes until after a second crash.

A Federal Aviation Administration analysis document predicted there would be more than 15 additional fatal crashes of the MAX over its lifetime, and was made public Wednesday at a House Transportation Committee hearing.

Administrator Stephen Dickson said that based on that document and “what I know today,” he would have acted to ground the plane had he been administrator at the time.

“The FAA rolled the dice on the safety of the traveling public,” committee Chairman Peter DeFazio, a Democrat, said.

Dickson defended the agency’s decision making, which he said is “data driven.” He took office in August, long after the analysis and grounding decisions were made.

“With all due respect, any indication that any level of accidents are acceptable is not reflective of the 45,000 dedicated professionals at the FAA,” he said.

The document was first reported by The Wall Street Journal.

In a statement, Boeing said the analysis determined that an emergency notice with instructions for pilots “sufficed to allow continued operation of the MAX fleet until changes to the MCAS software could be implemented.”

Major pilot groups have said that notice was the first they learned of the MCAS system, a computerized stabilization feature new to the MAX that investigators have revealed pushed the crashed planes into a steep dive.

Dickson acknowledged at the hearing that the FAA panel convened to review whether corrective actions were necessary did not recommend the plane be grounded. He could not say whether that panel reviewed the document estimating the high risk of future crashes.

He also said he has not decided whether to impose penalties upon Boeing related to the MAX’s flaws.

One of the whistleblowers, Ed Pierson, is a former Boeing employee who worked on the 737 MAX program and raised concerns about internal pressure at Boeing, according to a person familiar with his testimony. Pierson plans to testify that he alerted managers to his concerns about mistakes and cutting corners, the person said.

Pierson’s decision to speak publicly after his concerns were raised by lawmakers at a hearing with Boeing CEO Dennis Muilenburg in October. A member of the committee shared internal messages from an unidentified employee who had urged managers to shut down the production line over safety concerns.

“Frankly right now all my internal warning bells are going off,” the employee wrote, according to Rep. Albio Sires, who read from the messages. “And for the first time in my life, I’m sorry to say that I’m hesitant about putting my family on a Boeing airplane.”

Muilenburg, at that October hearing, said that the company “did have several follow-up sessions with” the whistleblower. “I told him I appreciated the fact that he brought up those issues and concerns.”

“We took a number of actions on taking a look at each of the work locations within the factory, each of the production stops. We implemented some additional quality checkpoints in the process,” Muilenburg said.

The crashes and information revealed since have raised questions about whether the FAA and Boeing have an inappropriately close relationship. Several investigative panels and the House committee are reviewing whether the aircraft certification process requires changes.

“The system is not broken,” Dickson said, although he allowed that the agency’s procedures “need to be improved each and every day.”

Dickson, the FAA administrator, said in an interview on CNBC prior to his testimony that he expects the grounding of the plane to “extend into 2020.” Regulators have at least 10 additional steps to complete before the 737 Max can fly again, he said.

The plane was grounded by regulators in March after the second crash of a jet flown by Ethiopian Airlines.