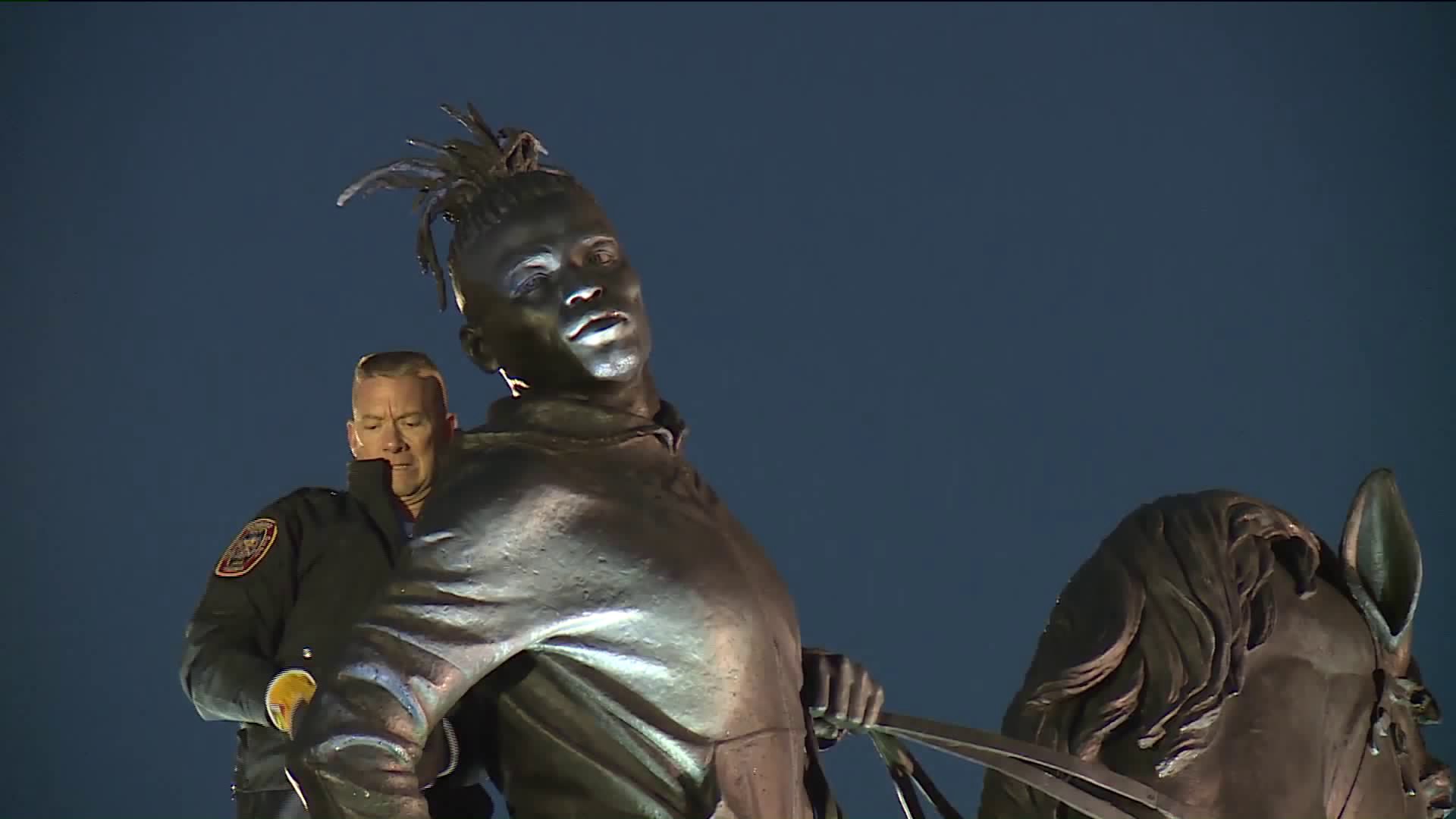 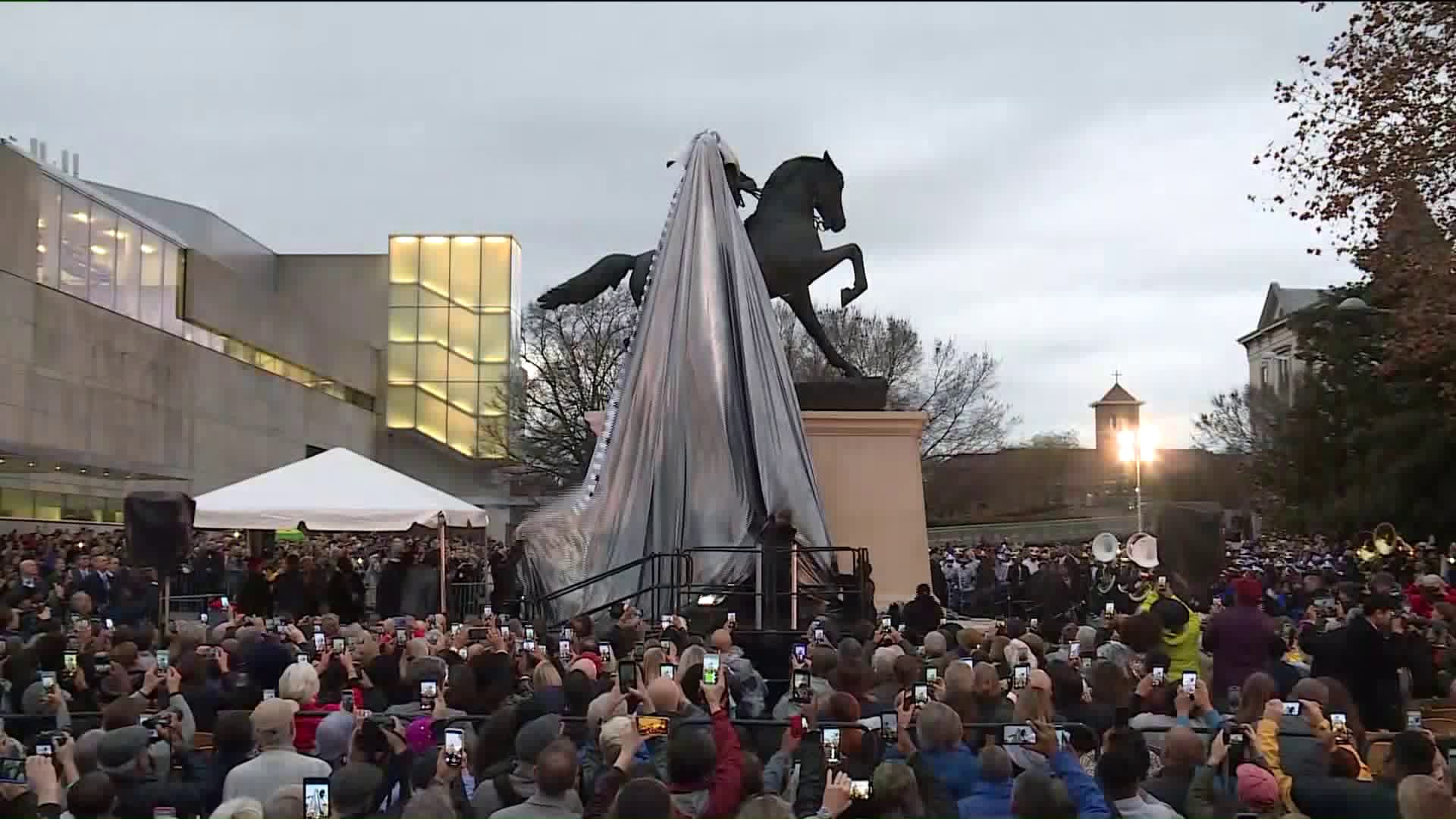 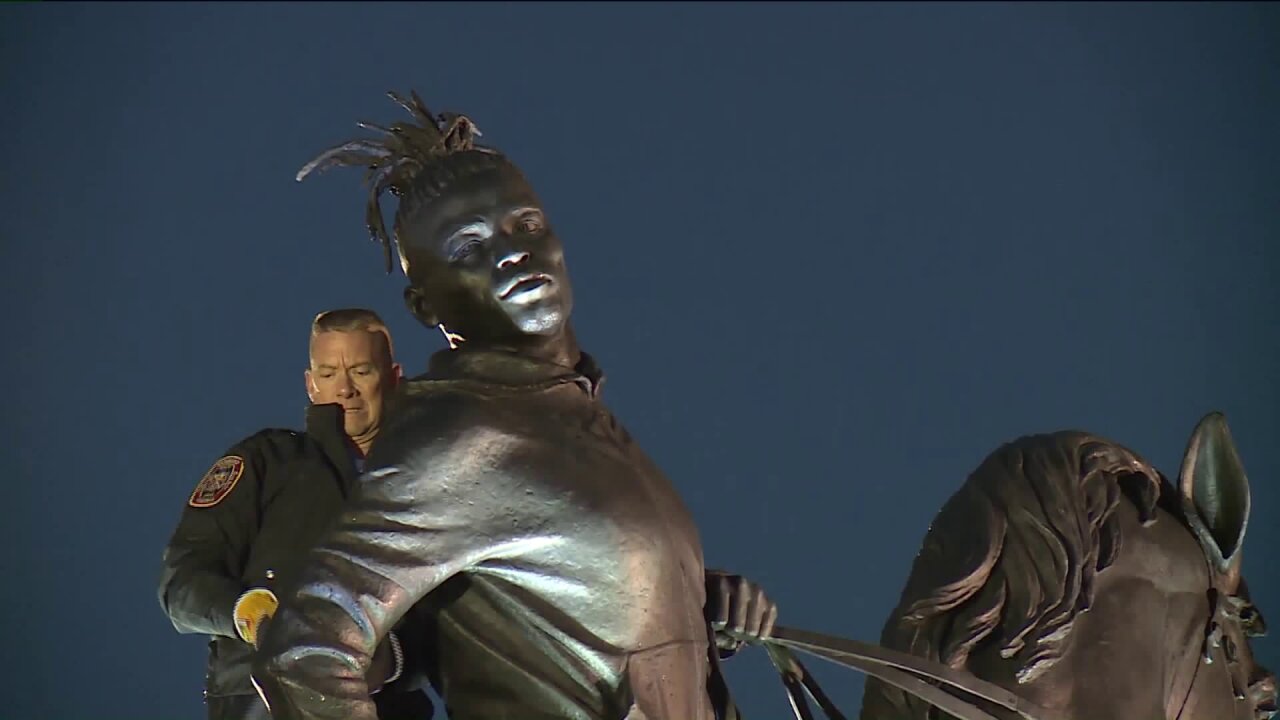 RICHMOND, Va. -- "Rumors of War," a monument depicting a young, African-American man sitting on a horse, was partially unveiled Tuesday outside the Virginia Museum of Fine Arts.

“It’s not about fighting or any negativity right now," said Morgan Parrish. "It’s about all coming together and just honoring what he made and being apart of this city and the entire country.”

“This is something that gives me hope because a lot of what’s going on in our world right now is so depressing but something like this is so inspiring," added Karen Kranbuhal.

“It’s taken more than 100 years but the rest of Richmond’s residents finally have a monument of a man on a horse who looks more like them," said Mayor Stoney.

After several minutes worth of attempts, the gathered crowed was told to go inside the museum and celebrate while a lift was called in to finish the job.

At about 5:15 p.m., a work crew eventually got the tarp removed.

Modeled after the statue of Confederate General J.E.B. Stuart, artist Kehinde Wiley was inspired to create the work of art during a 2016 visit to Richmond.

Wiley hopes that his work of art will help viewers engage with difficult questions regarding race, power, and public monuments.

"Things need to be updated. What I’ve done in my work and what I’ve done throughout my entire career has been to take an ancient and respected language and to try to find people who happen to look like me and put them in that context," Wiley said . "It’s about cultural appropriation from the past. It’s about temporal appropriation from the past, but it’s also about a deep and overwhelming respect for the present."