Kehinde Wiley: ‘I hope they see the very familiar… but I also hope they feel destabilized’

RICHMOND, Va. -- In a 2016 interview with CBS 6's Cheryl Miller, internationally renowned artist Kehinde Wiley said that he wants people to walk up to his art and feel small in comparison.

Wiley is known for creating portraits and sculptures that are larger than life. Through replacing the subjects of heroic portraits with contemporary black men and women, he hopes to re conceptualize ideas and narratives of what powerful people look like.

His art career has been dedicated to taking contemporary figures and putting them in powerful positions, raising questions about race, gender and the politics of representation.

"I've been studying art since I was a kid, and looking at the way that the vocabulary of power evolved very quickly. And what we see as powerful in a painting can now be seen in film and all over popular culture, but it starts with painting," Wiley said.

Wiley often depicts his subjects wearing sneakers, hoodies, and modern clothing. And his subjects are picked by a method Wiley calls "street-casting," which  involves him approaching strangers in the street and asking them to pose for him. 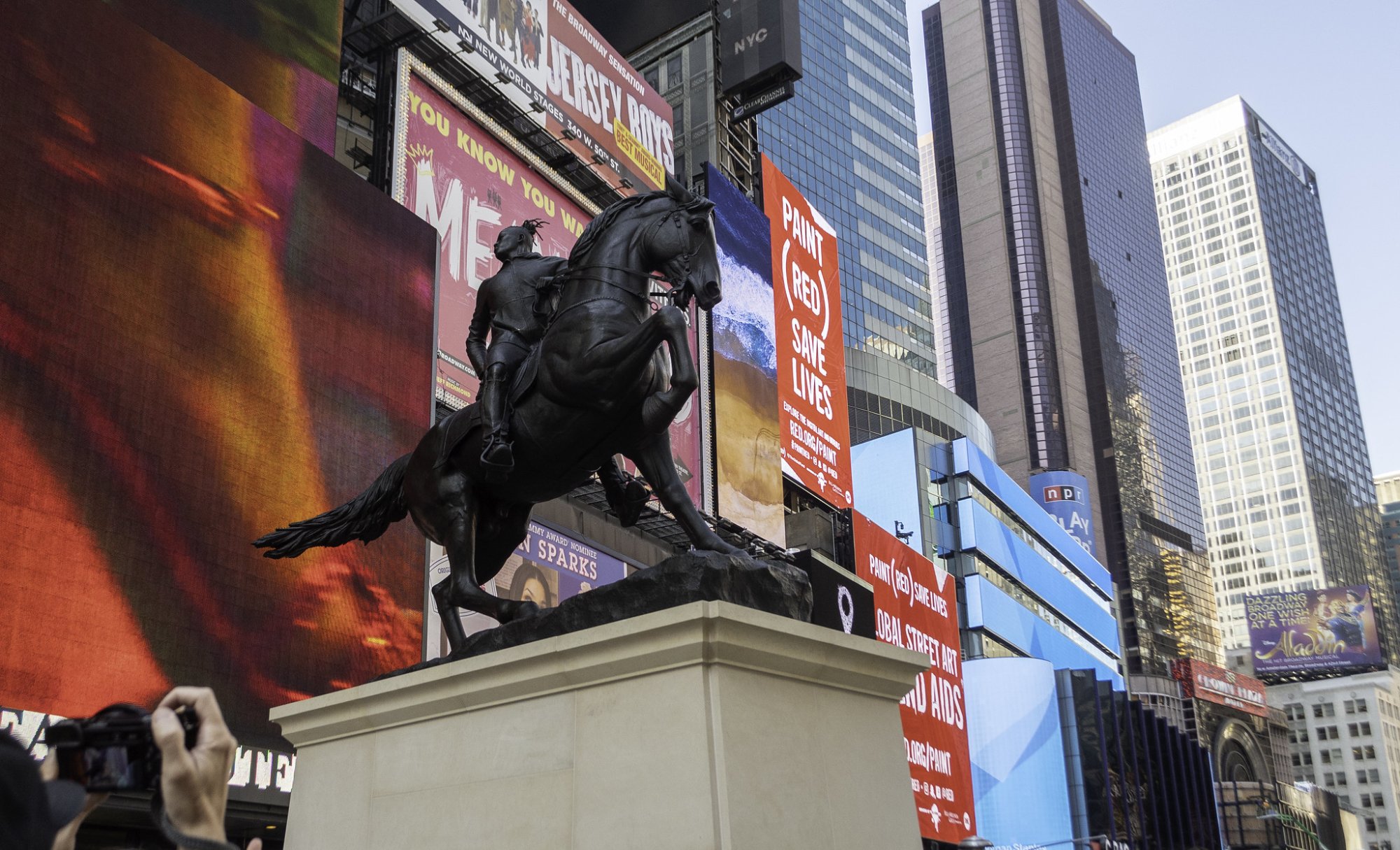 "I ask them to choose which poses they want and to take on the identity of paintings that they want to be seen as," Wiley said. "I've always been interested in the ways that we see black men in society. The codes that we use to label people, and the same goes for women."

Wiley's newest piece, debuting Tuesday at the Virginia Museum of Fine Art, is entitled "Rumors Of War."  The 27-foot-tall statue is a direct response to the Confederate monuments lining Monument Avenue. Modeled after the statue of Confederate General J.E.B. Stuart, Wiley's take features a young black man in street clothes atop a rearing horse.

"The inspiration for Rumors of War is war — is an engagement with violence. Art and violence have for an eternity held a strong narrative grip with each other. Rumors of War attempts to use the language of equestrian portraiture to both embrace and subsume the fetishization of state violence," Wiley said.

"The project originated when the artist encountered the equestrian monument to Confederate States Army general James Ewell Brown “J.E.B.” Stuart while visiting Richmond, Virginia for the opening of Kehinde Wiley: A New Republic at the VMFA in June 2016," a VMFA spokesperson said.

"A few blocks away from the museum is Monument Avenue, a nationally landmarked boulevard lined with Confederate statues, including monuments to Robert E. Lee, Jefferson Davis, and Stonewall Jackson. These monuments have a particular resonance because they function to continually commemorate the Confederacy."

Wiley hopes that his rendition will help viewers engage with difficult questions regarding race, power, and public monuments.

"I'm hoping that people will see the very familiar, and to feel as though this is something that they know," Wiley said. "But I also hope that they feel destabilized -as if they're confronting something very familiar, but at more than a glance, unfamiliar."