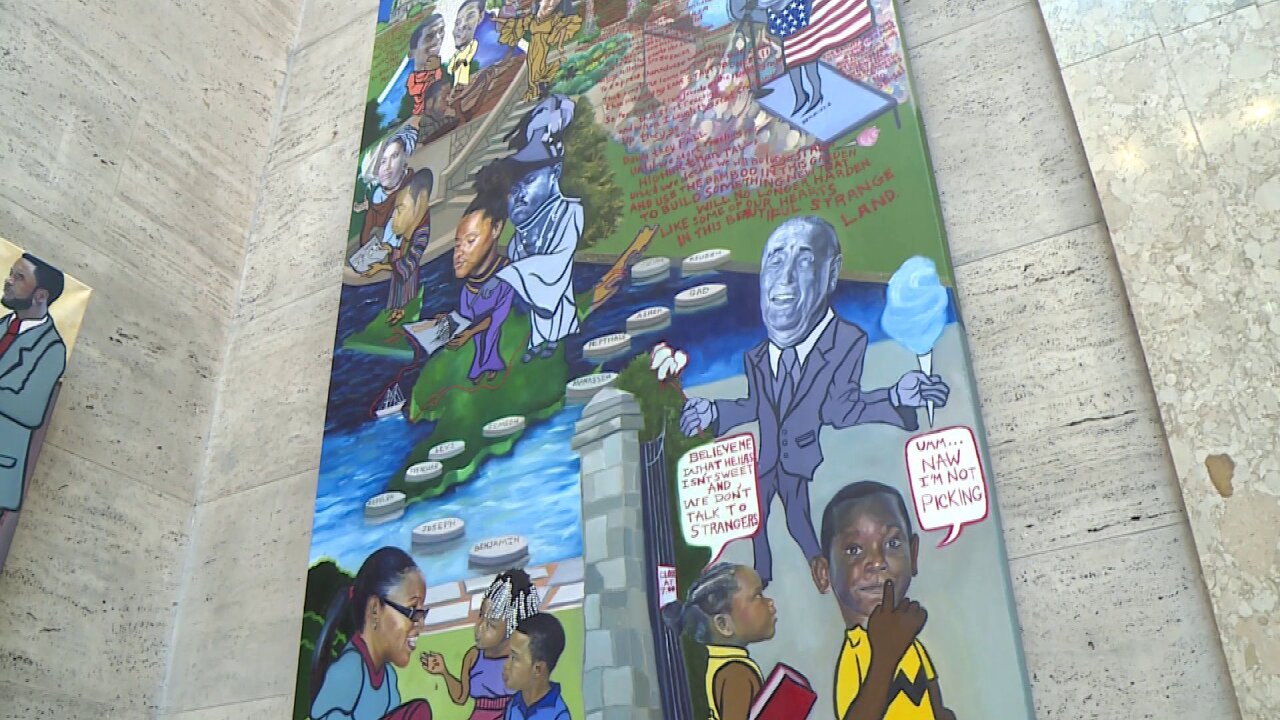 RICHMOND, Va. -- After a successful art show at the Main Street Station Gallery last year, father and son duo Jerome and Jeromyah Jones knew they needed to do something to commemorate the 400th anniversary of the first Africans arriving to the New World.

The pair wanted to bring over 100 paintings from their collection to the public, but were faced with a problem after not being able to find a venue to hold their workds

"So I said, 'Why don’t we put it in a banner and then we can have the banner exhibited in places all across the country?'"Jones Jr. said.

With 11 displayed canvases and a banner holding 69 photos of original paintings, "I AM 400" was created and brought to life at the Richmond Public Library's Main Branch in hopes of teaching everyone about the told and untold stories in black culture.

"That's why this exhibit is so important so that we can have the true images of who we are for everyone to understand and learn," Jones Jr. said.

"That's really what we want people to get from this exhibit like that our journey is not over, like the best is yet to come," Jeromyah Jones said.

The display will be at the library at 101 E. Franklin Street until Dec. 30.